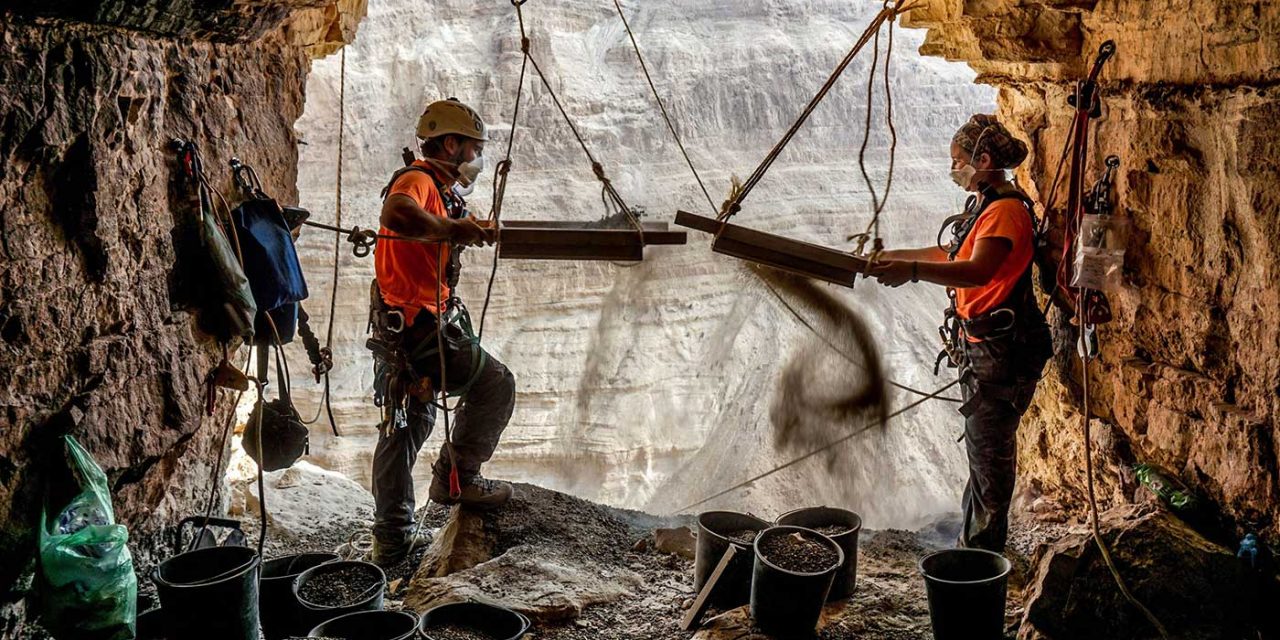 In 1946, Bedouin shepherds unknowingly stumbled upon one of the most significant archaeological discoveries in Israel when they found seven manuscripts in ancient pottery hidden in remote caves near the Dead Sea.

These scrolls would later lead archaeologists to unearth dozens more manuscripts and hundreds of fragments hidden inside a series of caves in the Judean cliffs near the Dead Sea. The transcripts contained perfect translations of Biblical texts from around 400 BC and highlighted to the world that the words of the Bible, though copied and copied again, remained accurate throughout all this time.

The last scrolls were thought to have been discovered in 1956, but amazingly the Israel Antiquities Authority (IAA) revealed earlier this year that for the first time in approximately 60 years archaeological excavations have uncovered further fragments of Biblical text. 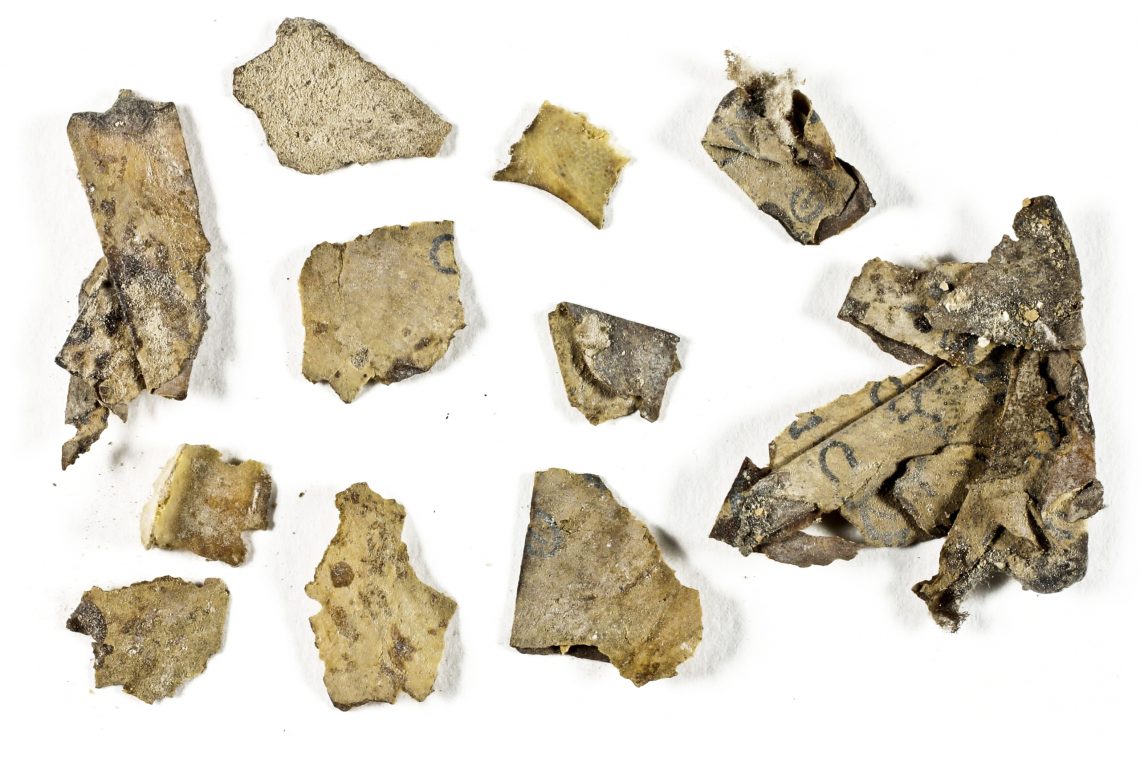 This new discovery consists of twenty-four new fragments of parchment bearing lines of Greek text from the books of Zechariah and Nahum, being radiocarbon dated to around AD 100-200. These pieces are believed to belong to a set of parchment fragments found in the 1950s in the so-called ‘Cave of Horror’ near the west shore of the Dead Sea. The cave was given its name when 40 human skeletons were found there during earlier excavations.

The cave is flanked by gorges and is located some 260 feet below the clifftop, meaning it can only be reached by abseiling precariously down the sheer cliff, adding additional challenges to the excavations.

“The desert team showed exceptional courage, dedication and devotion to purpose, rappelling down to caves located between heaven and earth, digging and sifting through them, enduring thick and suffocating dust, and returning with gifts of immeasurable worth for mankind,” said Israel Antiquities Authority’s director Israel Hasson.

The cave is believed to be the site where Jewish insurgents hid during the Bar Kochba Revolt, a Jewish uprising against the Roman empire in AD 133-136. Based on archaeological digs above the cave, it is understood there was a temporary Roman encampment located there that the Romans set up upon discovering the location where the Jews were hiding. They eventually managed to get soldiers into the caves to slaughter those inside. It is possible, as was the case in other caves, that after killing those inside, the soldiers then searched through their belongings and ripped up the religious scrolls in an apparent attempt to erase the heritage of those they had slaughtered.

Little could those Roman soldiers have known that their attempts to destroy the Jews and their history would instead help preserve it.

You see, had the Romans never found the scrolls, they would have eventually been moved from the cave, degraded and then destroyed through the passage of time. Instead, the fragments remained inside the cave whose arid environment acted as a protective storage to preserve them. 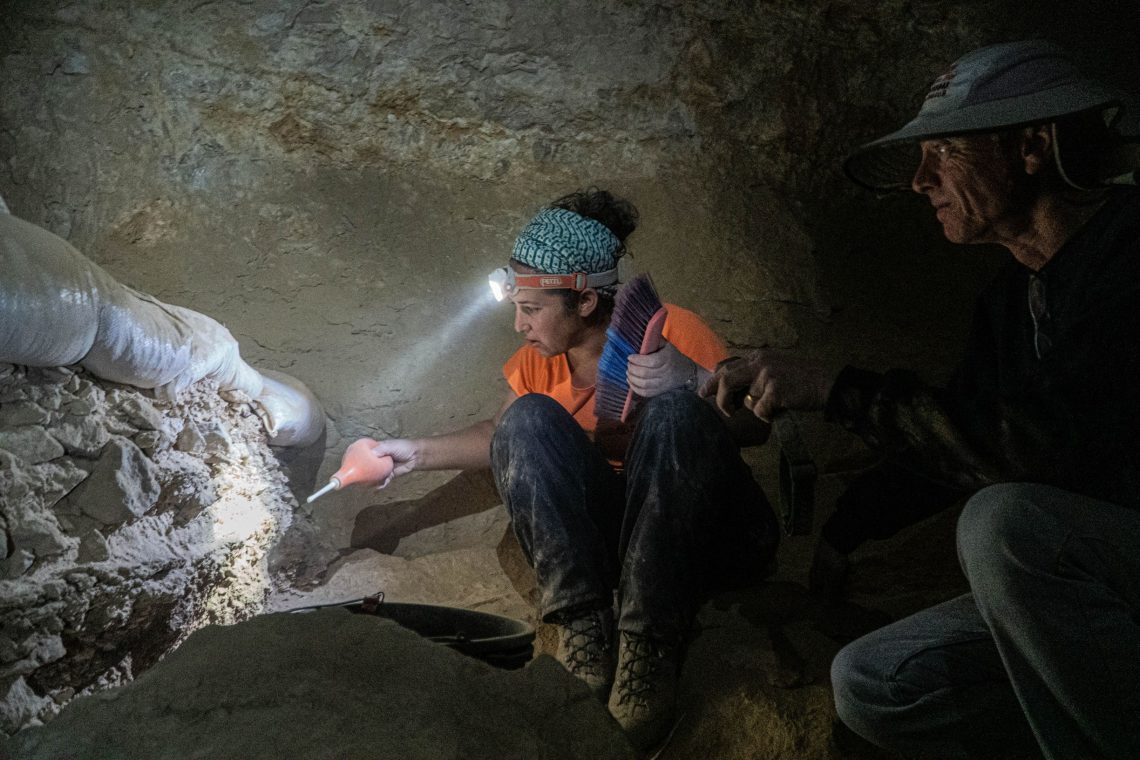 A testament to how effective the Dead Sea Scrolls were preserved is that they were 1,000 years older than any other known copies of Biblical text when they were discovered. Even now they remain the oldest Biblical texts on parchment in existence. Only two items containing Biblical text are known to be older. Two metal canisters were unearthed in Jerusalem in the 1980s containing the priestly Benediction from Number 6:24-26 engraved on pieces of silver. Some of the Dead Sea Scrolls are full manuscripts and written on them are accurate translations to our Bibles today. Their existence revolutionised the understanding of our Judeo-Christian roots.

The latest parchment fragments discovered earlier this year contain segments from two Bible books, the minor prophets Nahum and Zephaniah. Although the body of the text is written in Greek, the name of God (Yawheh) is written in Hebrew. And along with the scrolls and previously excavated bodies, the archaeologists also discovered the burial of a small child, wrapped in a blanket and placed under stones, and a woven basket that is thousands-of-years old and yet remarkably well preserved.

The verses discovered were clearly the highlight of the find and are examples of God’s authority on earth. We will let the verses do the talking.

“The mountains quake before Him,
The hills melt,
And the earth heaves at His presence,
Yes, the world and all who dwell in it.
Who can stand before His indignation?
And who can endure the fierceness
of His anger?
His fury is poured out like fire,
And the rocks are thrown down by Him.”

“These are the things you shall do:
Speak each man the truth
to his neighbour;
Give judgment in your gates for truth, justice, and peace;
Let none of you think evil in your heart against your neighbour;
And do not love a false oath.
For all these are things that I hate,’
Says the Lord.”

These words are so important to the times we are living in and it is amazing that they have been brought to light now. When all aspects of truth and godliness are being undermined and so many are turning away from their Creator the “hills melt” and the “rocks are thrown down” to reveal God’s truth and remind us that He is still on the throne.

God’s “truth, justice and peace” are so different to what many seek in the world today, but we can always rely on His Word to act as a two-edged sword, cutting through these lies and revealing the truth loud and clear.

An Israeli firefighting delegation, comprised of C-130J Hercules transport planes, took off for the island of Cyprus to help put out fires that are spreading in the north of...
Read More
Share
Tweet
Email
More
876 Shares