Hannah Szenes: The poet who gave her life to save Jews from the Nazis 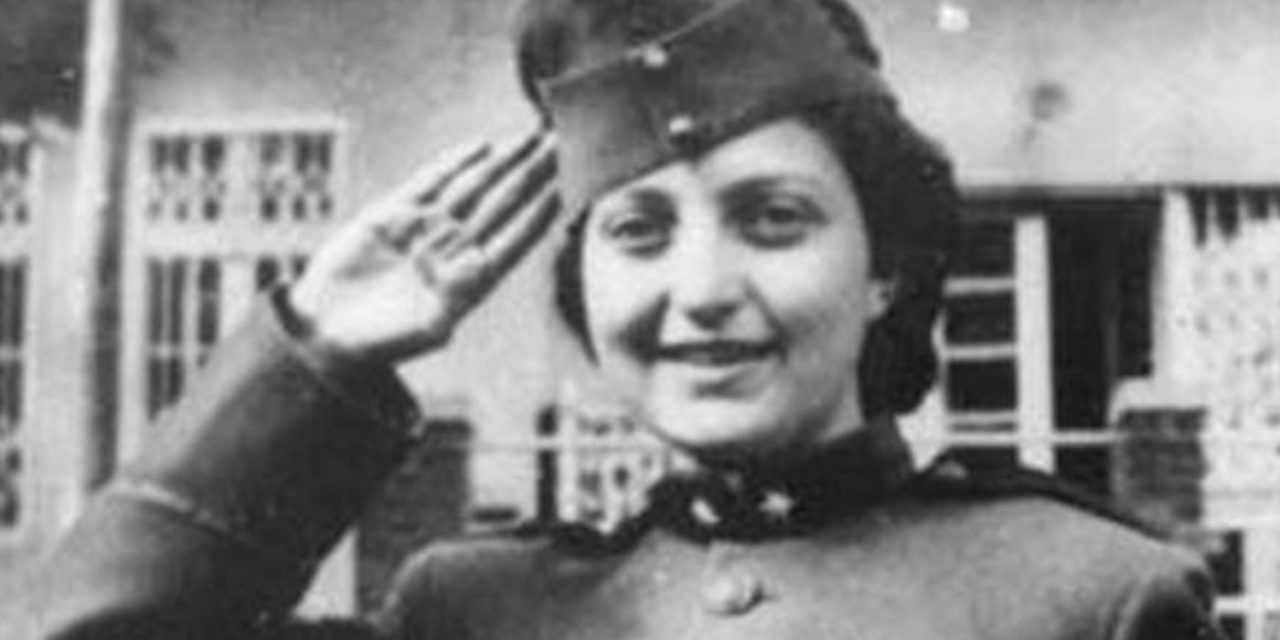 In 2021, Israeli paratroopers honoured what would have been the 100th birthday of Hannah Szenes, a Jewish woman who gave her life attempting to save Jews during World War II and whose poetry continues to inspire Israelis today.

Hannah Szenes was born in Hungary in 1921.  At the age of eighteen, she decided to emigrate to what was then the British Mandate for Palestine to study in the Girls’ Agricultural School at Nahalal. Two years later she joined the Haganah, the paramilitary group that laid the foundation of the Israel Defense Forces.

Hannah was a Zionist, whose feelings for Israel were captured in one of her poems.

“There is one place in the world to which you do not escape, nor do you immigrate, you come home – the land of Israel”

During WW2, the Yishuv (the Jewish community in Mandatory Palestine) were burdened with a desire to help Jews in Europe who were being persecuted at the hands of the Nazis. Though they had little in the way of armed forces, the Yishuv made a deal with the British government to send troops behind enemy lines and assist resistance groups in Nazi-occupied Europe.

The Yishuv sought to recruit a small group of trained operatives to carry out the perilous mission, and so began a recruitment drive. Out of 250 candidates, 32 were selected, 29 men and three women, including Hannah Szenes.

Hannah parachuted into Yugoslavia as part of a small team with a mission to assist resistance fighters in Yugoslavia and Hungary. While in Yugoslavia, the Nazis invaded Hungary making the latter part of their mission too dangerous to complete. The rest of her team stayed in Yugoslavia, but Hannah was determined to enter Hungary to find her mother and rescue her fellow Jews. While her bravery was admirable, her decision proved fatal. Shortly after infiltrating into Hungary, Hannah was captured.

Her Hungarian captors discovered her British radio transmitter, which she used to communicate with others in her unit. A code was needed to operate the device and Hannah knew that if she told them, her colleague’s locations would be exposed, and their mission foiled. Hannah was taken to a prison, stripped, tied to a chair, then whipped and clubbed for three days. She was badly injured and lost several teeth due to the beatings, but she never revealed more information than her name.

Two weeks later, on 28 October 1944, Hannah Szenes was tried for treason and executed by firing squad. Despite suffering in brutal conditions, Hannah used her last few weeks on earth to do all she could to resist her captors. She used a mirror to flash morse code signals to other prisoners and communicated using cut-out letters that she placed in her cell window one at a time. She also drew Stars of David in the dust as a symbol of defiance and to encourage other prisoners.

Beyond her heroism, Hannah Szenes was a poet and a playwright who kept a diary until the day she died.

In her final poem, composed moments before her death, she wrote:

I gambled on what
mattered most,
The dice were cast, I lost.

Hannah’s story is tragic. She died having never fulfilled her mission. Had she stayed home, Hannah would likely have witnessed the rebirth of Israel, which was her greatest desire. However, if she had stayed home, maybe the power of her writing would never have been realised.

Because of her heroism, her writings became her legacy. Her poems have been turned into songs and her stories have been made into plays; all recited and enjoyed by generations of children growing up in Israel and by Jews around the world.

One of her poems helps demonstrate her impact on the world.

There are stars whose radiance is visible on Earth though they have long been extinct. There are people whose brilliance continues to light the world even though they are no longer among the living. These lights are particularly bright when the night is dark. They light the way for humankind.

Hannah Szenes became one of those stars. Her life has long been extinguished, but her light still shines brightly in the darkness, lighting the way for those who came after her.

On what would have been Hannah’s 100th Birthday, one hundred Israeli Paratroopers parachuted into Hungary in honour of this great woman and the other brave paratroopers who went behind enemy lines. This anniversary mission was titled “Lightning of the Heavens” in honour Hannah’s most famous poem, and symbolised an important message.

During World War II, Hitler’s Nazis were formidable. There was little the Jews could do to withstand their threat. The lands that the Nazis occupied became the final resting place for six million Jewish souls, but against all odds the Jewish people survived, and today they are thriving, while the Nazis have been consigned to the graveyard of history.

How moving it must be to witness military aircraft belonging to the State of Israel, the Jewish nation, emblazoned with the Star of David, flying defiantly over the lands once occupied by those who tried to wipe them out.  It is a testament to the miracle of Israel and God’s hand upon the Jewish people.

One of Hannah’s most famous poems is called Eli, Eli (My God, My God).

My God, My God, I pray that these things never end,
The sand and the sea,
The rustle of the waters,
Lightning of the heavens,
The prayer of man.

Hannah Szenes, like so many others, gave her life so the prayers of the Jewish people could continue. 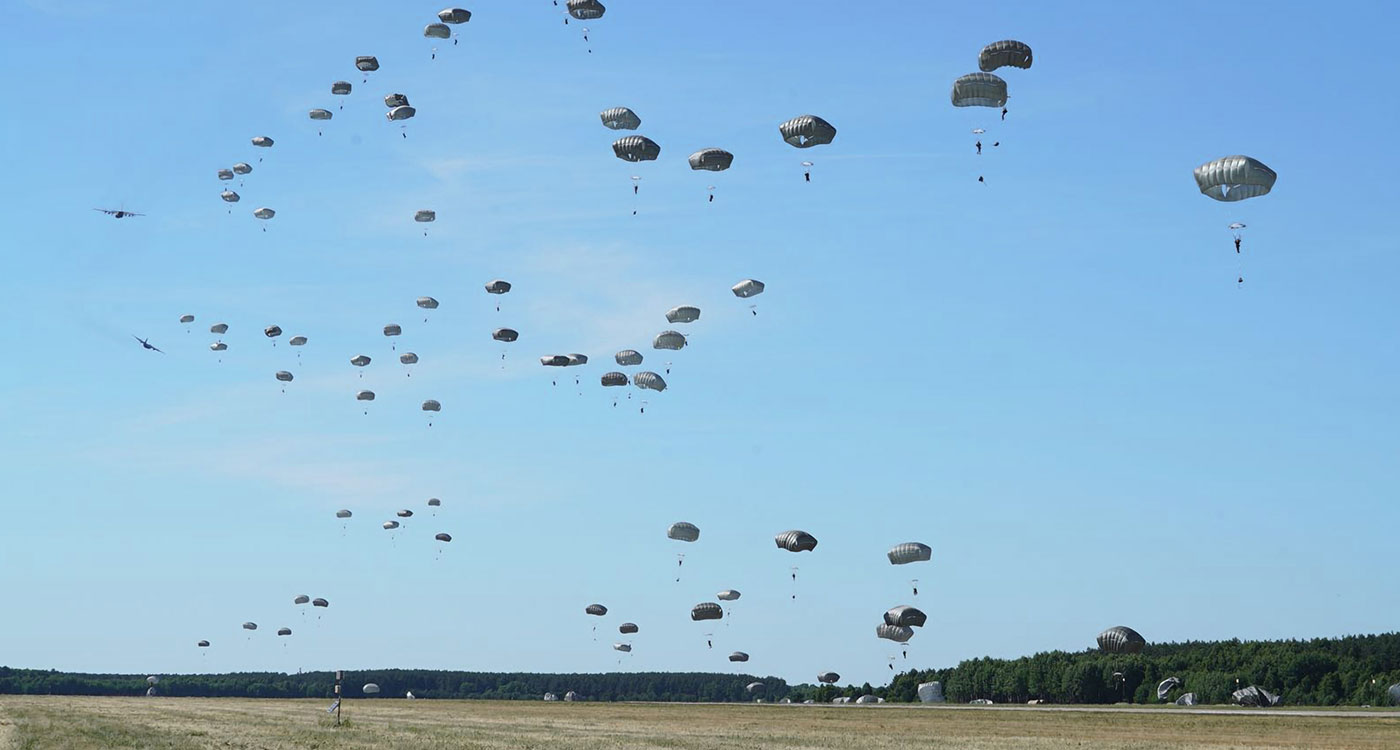