The Holocaust survivor who invented the video game console 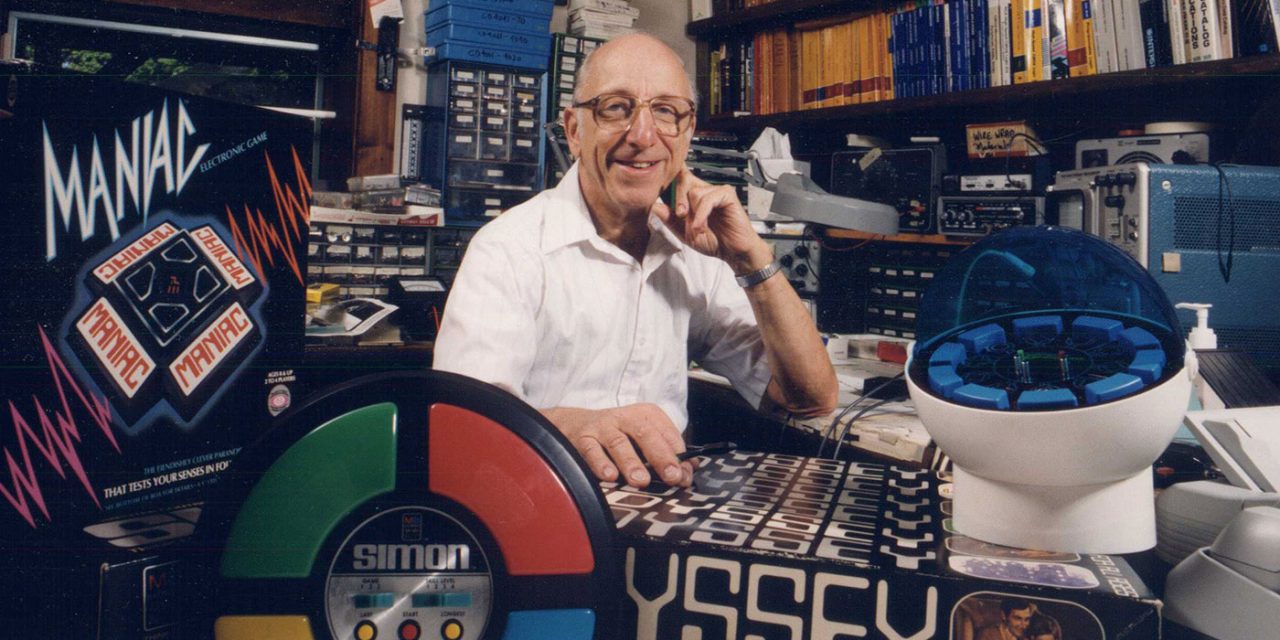 The world’s first ever video gaming console was released in 1972, but did you know that it was invented by a Jewish refugee who fled the Holocaust?

Ralf Baer’s creation, the Magnavox Odyssey, was the revolutionary forerunner of modern gaming consoles that have brought joy to millions of adults and children throughout the decades. But his own childhood was marred under the oppressive cloud of Nazi persecution.

Originally named Rudolf Heinrich Baer, Ralph was born in 1922 in Pirmasens, a small town in Germany. As a Jew, he experienced anti-Semitism first-hand. When Ralph was 13, he was expelled from school simply for being a Jew. This anti-Semitic discrimination was one of the early signs of what would follow as many of his peers would go on to perish in the Holocaust.

“I had the misfortune of being born in a horrendous situation,” Ralph Baer told the Computer History Museum. The then 13-year-old took a menial job in a shoe factory, among other places, where his boss told him he would never amount to anything. Undaunted, the teenager proved the belittlers wrong by inventing a machine that automated what had been a task completed by hand – an early indicator of his innovative talent, not to mention his defiance.

In 1938, concerned about the increasing persecution, Ralph’s parents, Lotte and Leo, decided it was necessary for the family to escape Germany. They left the country just two months before Kristallnacht, meaning ‘Night of Broken Glass’, when the Nazis burned synagogues, Jewish businesses and other properties belonging to Jews.

Arriving safely in New York where Ralph’s mother had relatives, Ralph resumed his self-education and took correspondence courses in radio and television electronics. Within a week of arriving, Ralph, then 16, was working from 8am to 6pm in a factory that made leather cases for manicure kits. He soon invented a machine to speed up the process that could stitch together five cases at once.

In 1943, he was drafted into the US Army to fight in World War II. He was assigned to military intelligence at the US Army headquarters in London, where Ralph put his German language to good use, decoding German intelligence messages for the Allies.

After the War, Ralph graduated with a Bachelor of Science degree in Television Engineering, a pioneering field at the time, and began a long career in electrical engineering. Surgical cutting equipment and other medial engineering advances were among the things he designed, before moving into sharing his military experience in the defence tech sector. It was during his time at a defence contractor called Sanders (now part of BAE), that Ralph kept a close eye on the wave of televisions entering homes across America and started to secretly explore the possibility of playing games on a television screen. He originally had the idea in 1951, but no one took him seriously. He was convinced that TVs were underutilised and that they could somehow become interactive, but no one he approached was prepared to listen. Ralph was eventually able to convince his employer at Sanders, who gave him the go ahead to experiment.

Ralph recalled a time when he met with a patent examiner and his lawyer, where he plugged the console into the examiner’s TV set and “within 15 minutes every examiner on the floor was in the office wanting to play the game.” 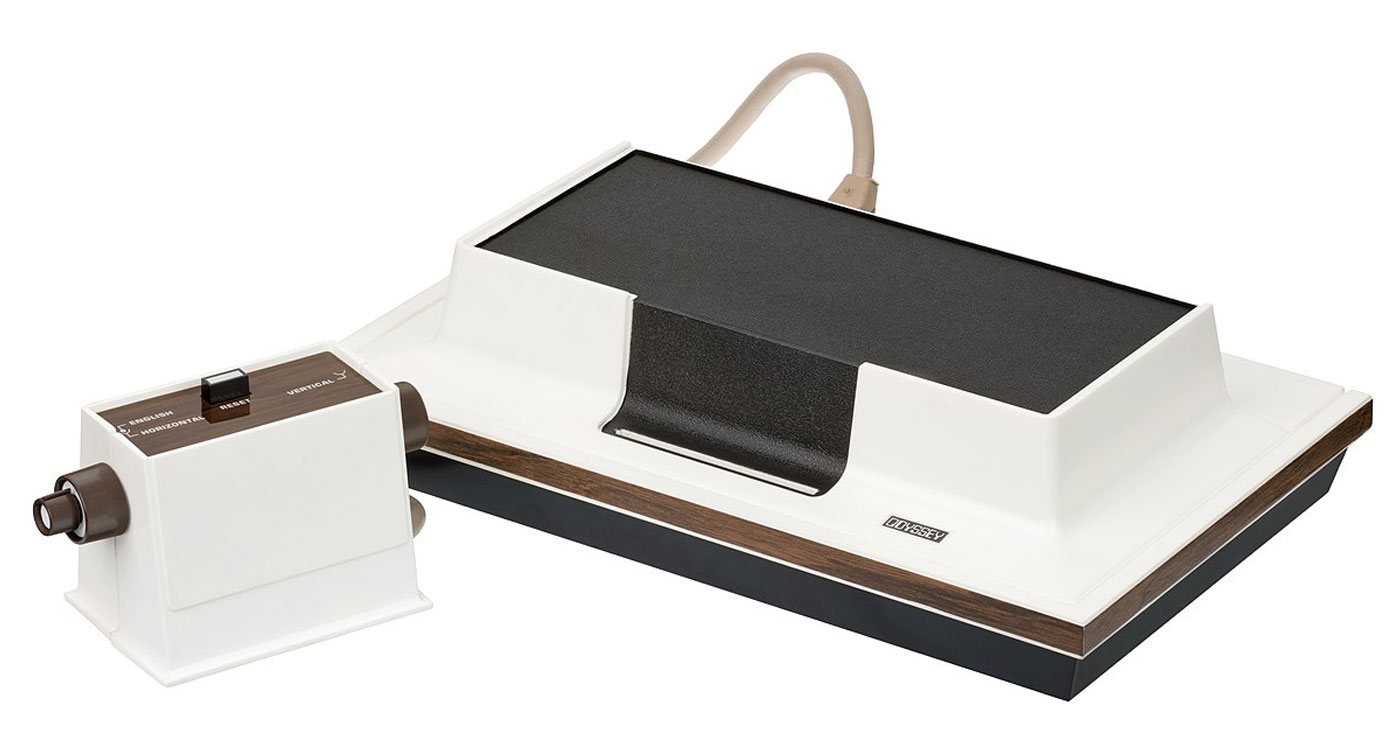 Ralph’s invention had very little to do with the serious business of defence tech, but he convinced them that video games could make money for the company. When he was later asked how he managed to develop commercially successful home video games at a military contractor that had nothing to do with television, he quipped it was “a piece of Jewish chutzpah.” “I just did it,” he said.

After several years of development, the Magnavox Odyssey (named after the manufacturer that licensed it) was launched for public sale. The concept was very basic compared with today’s advancements, but it possessed a likeness to what has become the familiar set up today: a console that plugged into a television set, with a game cartridge and two wired hand controllers.

Twelve games were included, all involving a flashing light on screen that was programmed differently for each game. Users would overlay coloured, transparent sheets onto the screen for each activity, enabling games like table-tennis, ice-hockey, cat and mouse, and more. You could even buy a separate rifle-like accessory to shoot flashing targets. Unlike game consoles today, the makers of the Odyssey thought people would still like some of the things you usually play with in normal board games. So, the system came with dice, a card deck, and play money that could be used with some of the games.

The success of the Odyssey led to competition from household names like Atari, who brought out their first video gaming console soon after, and Baer’s table-tennis game inspired one of the first arcade games, Pong. Other household names such as Nintendo soon followed, and the video-gaming era had begun.

Baer continued to develop electronic games, including the popular handheld memory game Simon, and home consoles until retiring in 1987.

In 2006, Ralph Baer was invited to the White House where he received a medal from President Bush for his invention and he was inducted into the National Inventors Hall of Fame, four years before his death.

This former Jewish refugee, kicked out of school for being a Jew, is today known as the Father of Video Gaming. His legacy continues today.

Israel's minister of defense has said the cost of dealing with Iran is higher now than a year ago, but less than it will be in a year, adding that Iran is just a "few weeks" from being...
Read More
Share
Tweet
Email
More
310 Shares