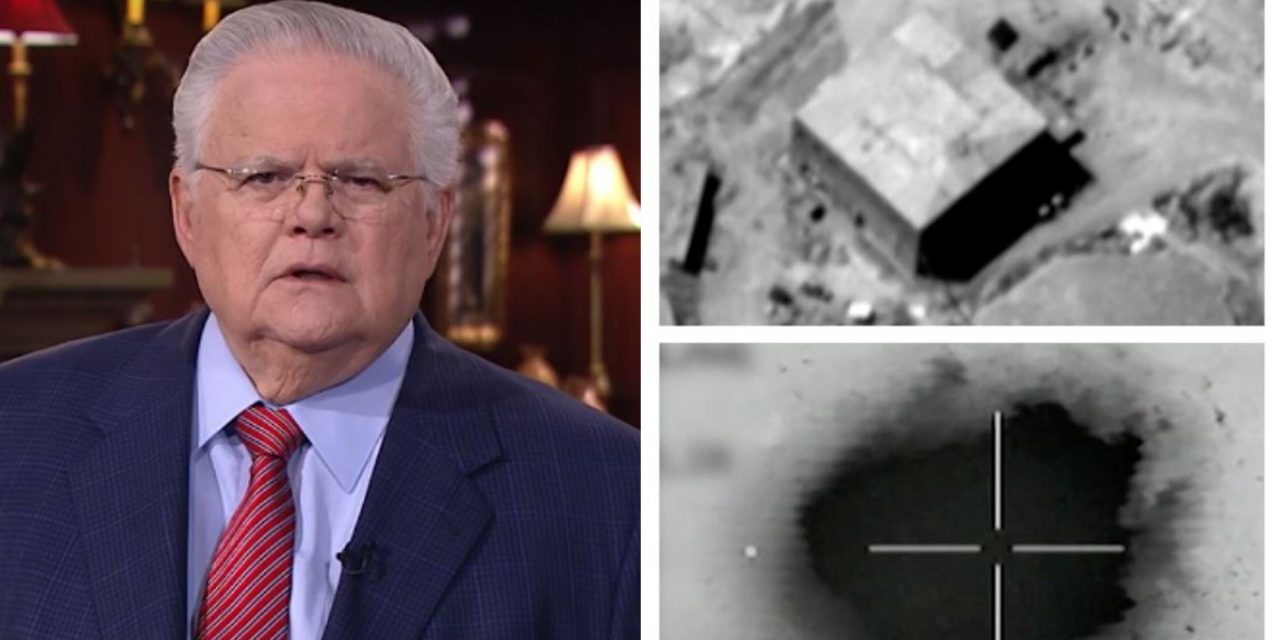 Early this morning, Israel revealed to the world what had long been suspected – that on the night between September 5th and 6th, 2007, the IDF secretly sent its fighter jets into Syria and destroyed the nuclear reactor being built just north of Damascus.

In this stunning video footage just released today, we can see that Israel quickly and completely destroyed its target.

Called “Operation Outside the Box”, this surgical strike was the result of a 3 year intelligence gathering mission showing that Syrian President Bashar al-Assad intended to build this facility in order to produce nuclear weapons. Israel could not allow such an existential threat to exist on its northern border under the control of a regime known to be a close ally of its mortal enemy, Iran.

In one night, Israel destroyed the nuclear reactor before it became operational. By so doing, Israel prevented the brutal Assad regime from obtaining the ultimate weapon of mass destruction. And by so doing, Israel kept nuclear weapons out of the hands of the the bloodthirsty terrorists of ISIS. It is critical to remember that Syria’s nuclear reactor was located in territory later captured and occupied by ISIS during the Syrian civil war. Imagine the threat of nuclear material — and possibly nuclear weapons — in the hands of ISIS. By acting when it did, Israel saved the world from this nightmare scenario!

Israel’s bold action in 2007 preemptively stopped a nuclear holocaust, and was the righteous and moral thing to do. It was similar to Israel’s mission in 1981, when the IDF destroyed Saddam Hussein’s nuclear reactor at the Osirak facility. The international media and world leaders, including the United States, almost universally condemned and vilified Israel in 1981 for taking action that should have been applauded. The unjust reaction against Israel in 1981 was the catalyst for the first Night to Honor Israel, and began the movement that later birthed Christians United for Israel. Today, just as before, we stand firmly behind Israel in this decision that has saved millions of innocent lives, both in Syria and in Israel.

The decision to publicly acknowledge Israel’s attack on the Syrian nuclear reactor, after more than a decade of secrecy, is a strong message to Iran that Israel will not tolerate the possibility of nuclear weapons in the hands of its enemies. In 1981 and in 2007, Israel took great risks to prevent its enemies from gaining nuclear weapons, but by doing so managed to preserve peace for the entire region. The clear message Israel has sent to Tehran today is that, if necessary, it will not hesitate to do so again.

With or without the world’s approval or permission, Israel has the right to defend itself and it will do whatever it must in order to protect its people. May God bless Israel with peace and safety now and forever.