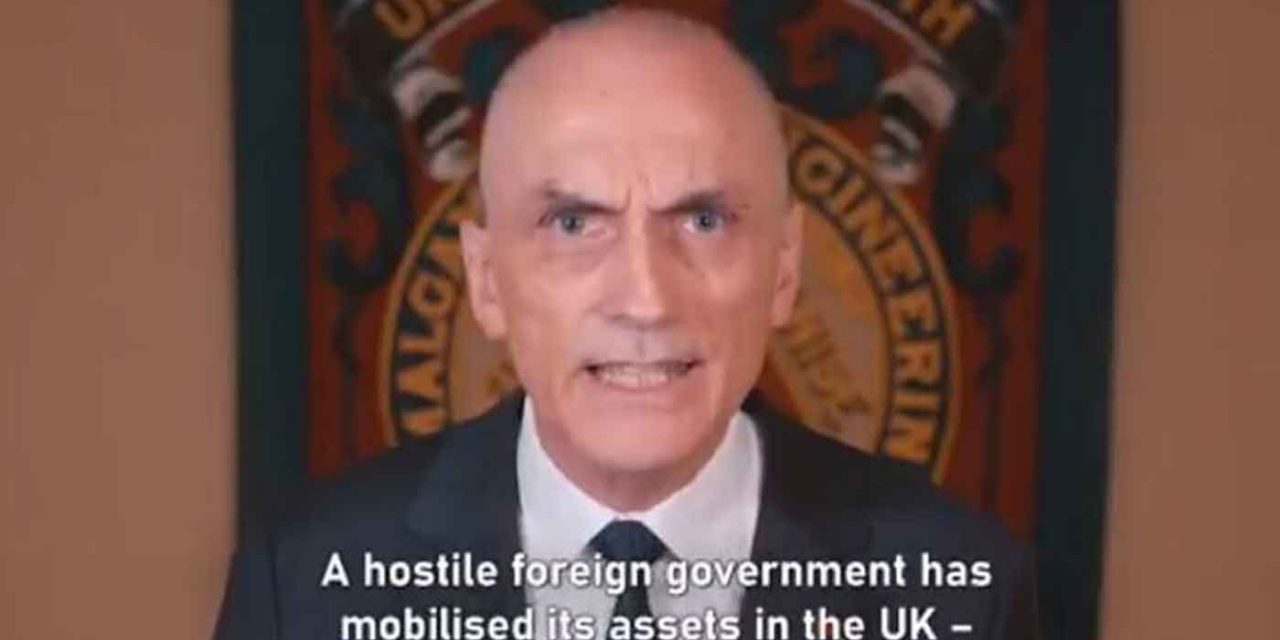 Former Labour party MP Chris Williamson has released a video labelling Israel as a “hostile foreign government” and accusing the Jewish state of “mobilising its assets” in the UK in order to launch an anti-Semitism “smear campaign” against Labour candidates.

Williamson made the allegations in a video on Twitter, claiming: “A hostile foreign government has mobilised its assets in the UK – which Israeli diplomats call their ‘power multiplier’ – in an attempt to prevent a Corbyn-led Labour government.”

He added: “Their secondary goal was always to blunt the internationalism in our movement and normalise Zionism in the Labour Party. They’ve done this by terrifying activists, coordinating with anti-Corbyn journalists and MPs, and using faith organisations, many of them charities, to promote the antisemitism narrative.

This is a classic conspiracy held by many anti-Israel activists. We at CUFI often get accused of “run by Israel” or being “agents of Mossad”. This a denial of reality from the anti-Israel activists who are often unable to understand why people disagree with their views. It is similar to how far-left activists do not understand how people can disagree with them and often view their political opponents as being “evil” rather than just having a difference of opinion.

As any British Christian who supports Israel knows, we love Israel and the Jewish people because of our faith. We believe the Bible when it says that God gave the land of Israel to the Jewish people and that he would return them to the land after being scattered across the earth. Our organisation is entirely funded by like-minded British Zionists who donate to further the cause we all believe in.

On top of our faith, we also recognise that Israel is the only democracy in the Middle East and offers freedom to all its citizens. Israel is fulfilling its Biblical mandate of being a “light to the nations” with innovations in technology, science and medical advancements. It is a blessing to the world, whilst those who hate the Jewish state do nothing to further the good of humanity. We believe Israel and the Palestinians can live in peace, but only when the Palestinians put down their weapons and accept the Jewish people living in their historic homeland as their neighbours. Israel has always extended a hand for peace, and it will continue to do so even when those who hate them pound the drums of war.

Williamson does not understand that anti-Zionism actually is anti-Semitism. It is a denial of the Jewish people their right to self-determination in their historic homeland. The Jews are the only people to have ever had Jerusalem as their capital. It is where all the important events in the Bible have taken place. The Jewish people’s most holy sites are all in Jerusalem and the archaeological discoveries confirm that Jewish connection to their land.

We’re not exactly sure what he is talking about with the anti-capitalism comment, but the equation of the two is disingenuous. It could point to the Williamson’s own beliefs about “Zionist control” or something of the like.

Williamson continued: “Instead of fighting interference in our election, and calling out this outrageous assault on our democracy, the Labour Party has internalised the narrative promoted by the far-right Israeli government.”

There was no “assault on our democracy”. The very real concerns of British Jews were not “foreign” interference in our election. These are British citizens who have a valid voice in the argument. Pro-Israel groups such as CUFI are also not foreign entities. We are a fully British team working independently on the causes we believe in as British Christian Zionists. These allegations themselves are discriminatory and show a warped conspiracy theorist mentality of Williamson which does not reflect reality.

What’s more, the impact of the so-called “Zionist lobby” on this election was probably not as impactful this election as most anti-Semites believe. Brexit was a massive issue driving the electorate. Jeremy Corbyn’s extremist views and links to terrorists were not only a concern for the Jewish community, but they were also a concern for most British citizens. Calling Hamas and Hezbollah his “friends”, his support for the IRA and his dislike for the army, the Royal Family and other things of this nature weighed heavily in the thoughts of the British public. The extremism of Labour political candidates, including Williamson himself, as well as their far-left policies were also not to the taste of the British people. Blaming Israel for this election loss is just signs of another warped conspiracy theory from Williamson.

In the video posted online on Tuesday, he added that he would not let “apologists for apartheid” dictate what it means to be anti-racist before vowing to use the money raised by crowd-funding to set up the Left Legal Fighting Fund.

The left likes to label things, including themselves. But calling yourself an anti-racist does not mean that you are not racist. There is clear evidence of life-long anti-racists holding racist views. Self-labelling does not change that. Williamson is blind to the racism of his movement. And to claim that people who support Israel are “apologists for apartheid” is a complete distortion of reality.

Israel is a democracy with equal rights for all its citizens. There is no apartheid in Israel. This is an anti-Semitic smear in order to demonise the world’s only Jewish state. Watch the video below to hear a Black South African’s viewpoint on the false allegations of apartheid in Israel.