Why does the media condemn Israel for restricting fuel to Gaza but is silent when Hamas destroys Gaza’s only fuel pipeline? 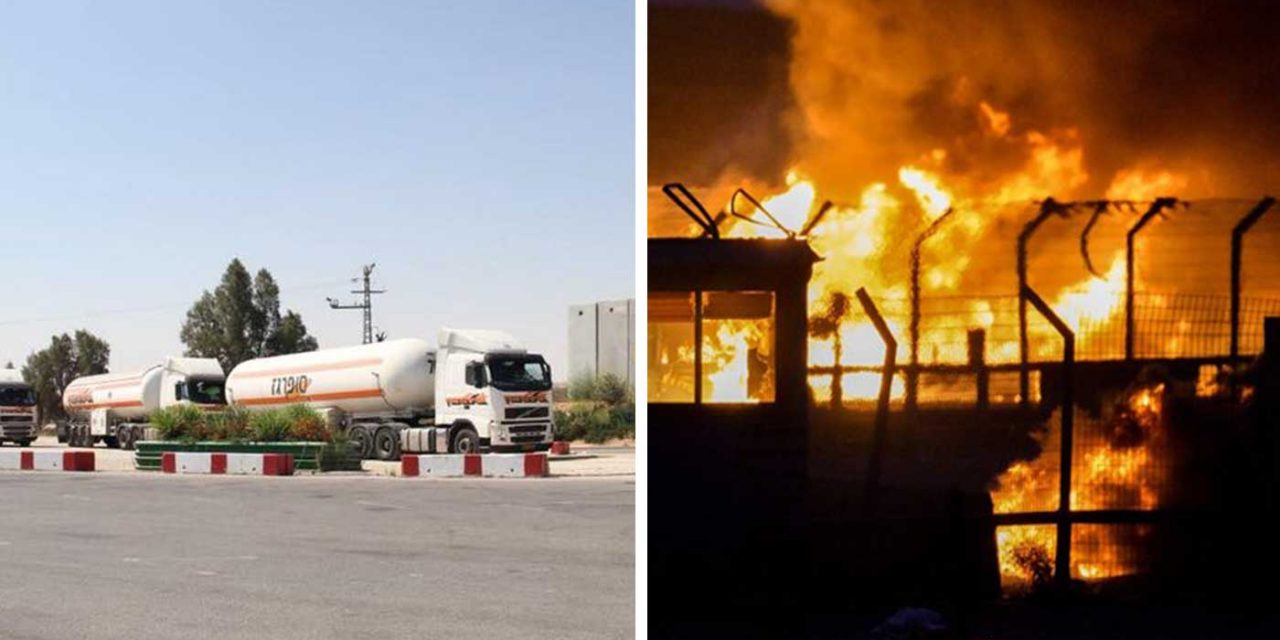 OPINION: Today the mainstream media is roundly condemning Israel for restricting gas and fuel shipments into the Gaza strip, a drastic measure undertaken by Israel to protect its citizens from terror attacks. However, when Hamas destroys its own gas and fuel supplies, cuts power to thousands of Gazans and refuses medical aid to treat its own people, the hypocritical media is deafeningly silent.

The news today comes after hundreds of “fire kites” and “arson balloons” were launched against Israel. These incendiary devices are being launched by Hamas terrorists to burn down Israeli fields, kill wildlife and injure Israeli civilians.

Many claim these kites are no threat, but that is not true. So far, more than 1,000 fires have been started by these devices and around 10,000 acres of Israeli farmland and nature reserves have been destroyed and thousands of animals have been killed by Hamas terrorists. (For a reference point to UK readers, that is almost double the land burned down by the Greater Manchester Moores Fire that was raging for three weeks last month).

On top of this, Hamas has launched over 200 rockets into Israel over the past few days. Four Israeli civilians, including two children, were injured when their home was hit by one of these rockets. In addition an Israeli soldier was injured when Palestinian “protesters” threw a grenade at him during Hamas protests along the border on Friday.

To counter these ongoing terror attacks Israel has taken the drastic measure of temporarily restricting fuel shipments into Gaza, but will still allow food and medicine into Gaza.

“Due to continued attempts to carry out terror by the Hamas terror organisation, Defence Minister Avigdor Lieberman has decided, on the advice of the chief of staff, to close the Kerem Shalom crossing to fuel and gas until next Sunday,” a statement read from the Defence Ministry.

“Food and medicine will continue to be transferred and will be approved on an individual basis. Moreover, it has been decided to narrow the fishing zone in the Gaza Strip from a range of six nautical miles to three nautical miles,” the statement added.

Because of these actions, Israel is being accused of “collective punishment” against the people of Gaza, and there have been some hysterical condemnations of Israel and biased media headlines in mainstream news outlets around the world.

However, whilst today the BBC quotes a Hamas spokesperson calling Israel’s actions a “crime against humanity”, just two months ago they were silent when Hamas terrorists who attacked these same pipelines in an attempt to cut fuel to their own people. They did this not once, but three times in two weeks.

Let’s stress this point here. The Kerem crossing between Israel and Gaza is home to the only gas and fuel pipeline into the Gaza strip. Hamas terrorists deliberately attacked the pipeline. They wanted to damage their own country and their own people because they knew that this would create a crisis within the Gaza strip that the media would blame Israel for. Gaza’s hospitals were warning at that time that they would run out of their fuel reserves within a week and that lives would be put at risk. This was all caused by Hamas, the terror group that controls Gaza. And yet it was Israel who shipped in emergency fuel to alleviate the problem and it was Israel who repaired the damaged fuel lines.

Hamas also this week cut power to over 10,000 Palestinian homes after one of their rockets misfired and destroyed power lines in Gaza. Again, this is the main source of power to the majority of Gaza.

So why are media outlets roundly condemning Israel today for trying to protect its own citizens when they were silent when Hamas attacked these pipelines with the sole purpose of harming Palestinians?

The anti-Israel narrative carried by the media only serves Hamas’s cause and highlights the blatant media hatred for Israel. This shameful hypocrisy is what is driving Hamas to continue its actions of hate against both Israeli civilians and its own Palestinian people. No one is being protected from the horrors of Hamas when the media acts as a propaganda machine for them.

Speaking from a Christian perspective, it is hard to think of any other reason for this bias than the ancient spirit of anti-Semitism being alive and prevalent in this world and manifesting itself through the media.