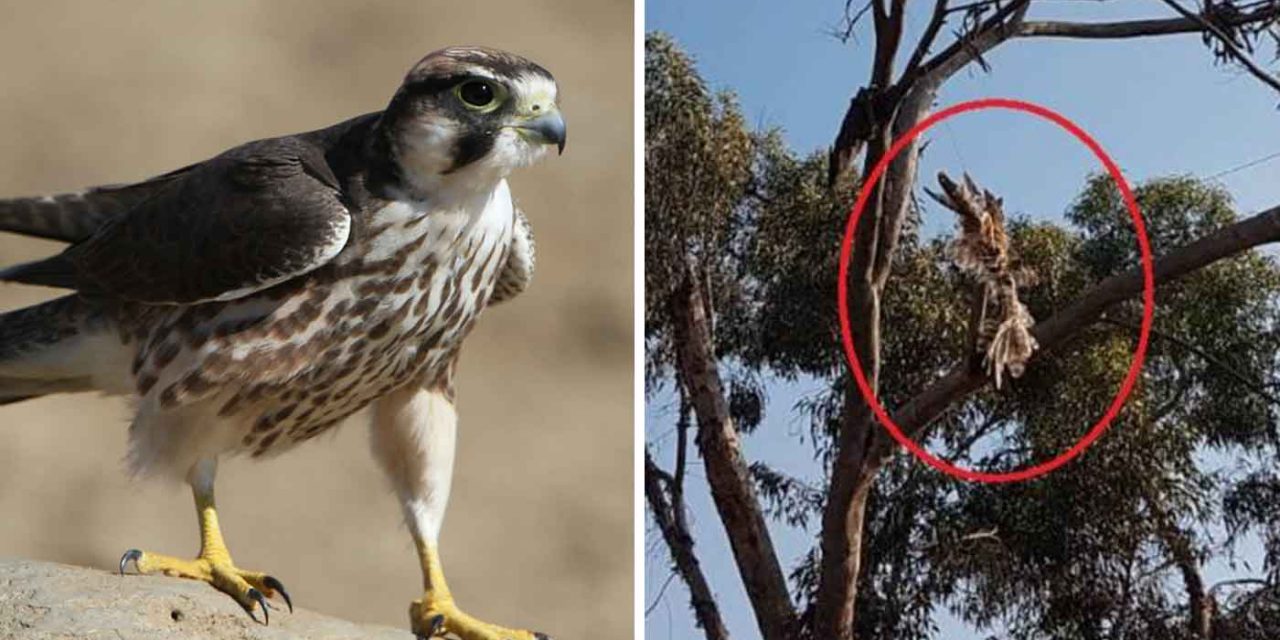 A wild falcon was killed by Hamas terrorists after they attached a firebomb to the bird and sent it towards Israel over the weekend.

Gilad Gabai, an Israel Nature and Parks Authority (INPA) ranger, discovered the bird on Monday near Nahal Habesor with the flammable materials tied to its tail. The bird was dead, after apparently landing in a tree, igniting it and then getting tangled up as it attempted to free itself. The bird appears to have wildly flapped around until it eventually died after injuring itself.

Gabai told IDF Radio on Tuesday that “animals are already being burned as a result of the fire kite and balloon terrorism. Now we see that they [Hamas] have moved on to using animals as a weapon. This is very distressing.”

“Apparently it’s not enough to destroy nature with kites, now falcons are being used for terror as well,” the IDF’s Coordination of Government Activities in the Territories said.

Hamas cares little for humans, whether they be Israelis or Palestinians, so it is no surprise that they would treat animals this way. Hundreds of turkeys died from smoke inhalation from terror fires in June. The turkeys were part of a private farm owned by an Israeli civilian causing thousands of pounds worth of lost income as a result. On top of this latest incident, thousands of wild animals have been killed in fires started by Palestinian terrorists as they launch “fire kites” and “arson balloons” into Israel, burning around 10,000 acres of Israeli land.