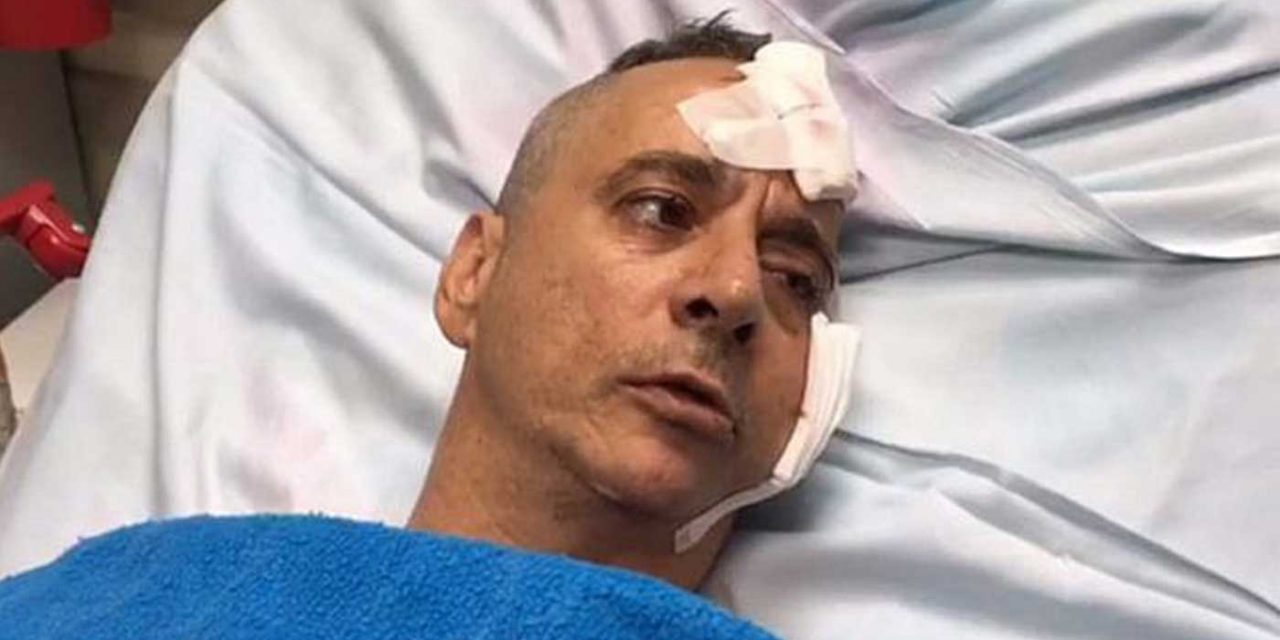 Hamas terrorists achieved their objective on Saturday afternoon when they hit a Jewish home in Israel, injuring a family of four. And the media silence on the issue is deafening.

Aharon Bucharis, his wife, and daughters aged 14 and 15 were all lightly to moderately injured when the projectile fired by Gazan terrorists hit their home on Saturday afternoon.

There was “screaming, shock and blood. A lot of blood,” Bucharis said. “The living room disappeared, the television exploded. … It was lucky my wife went to fetch something from the kitchen.”

“All the glass in the living room flew toward us, the whole house was filled with smoke, there was blood everywhere, shouting and madness. The neighbours called emergency services, I had shrapnel in my face and legs, my wife and daughter had in their heads,” recalled Bucharis.

That weekend more than 170 sirens went off in the Israeli towns close to the Gaza border. Unfortunately, when the rocket struck the Bucharis’ home, unlike previous attacks, they had no warning and no time to run to their reinforced safe room built especially to protect them from rockets.

“There was no siren,” said Bucharis.

The family was transferred to Barzalai hospital where they underwent emergency treatment. They are all in a stable condition.

Hamas routinely targets civilians, which is a breach of international and human rights law, but Israeli civilians have largely been protected from harm thanks to Israel’s commitment to protecting its citizens.  Israel’s advanced warning systems and defence systems, including Iron Dome, the rocket defence system that intercepts Hamas rockets before they strike Israel, have saved countless lives.

On this occasion the rocket struck before there was any warning, but thankfully the family will live to tell their story. However, it is a stark reminder of the very real threat that is posed by Hamas’s terrorist rockets.

It is unlikely this story will make headlines outside of Israel. It may make a sentence or two in the many articles that will condemn Israel for striking the terrorists who carry out these heinous attacks. All credit should be given to Israel for putting the safety of its people as the highest priority and all condemnation should be leveled at Hamas, the terrorist organisation that seeks the destruction of Israel.