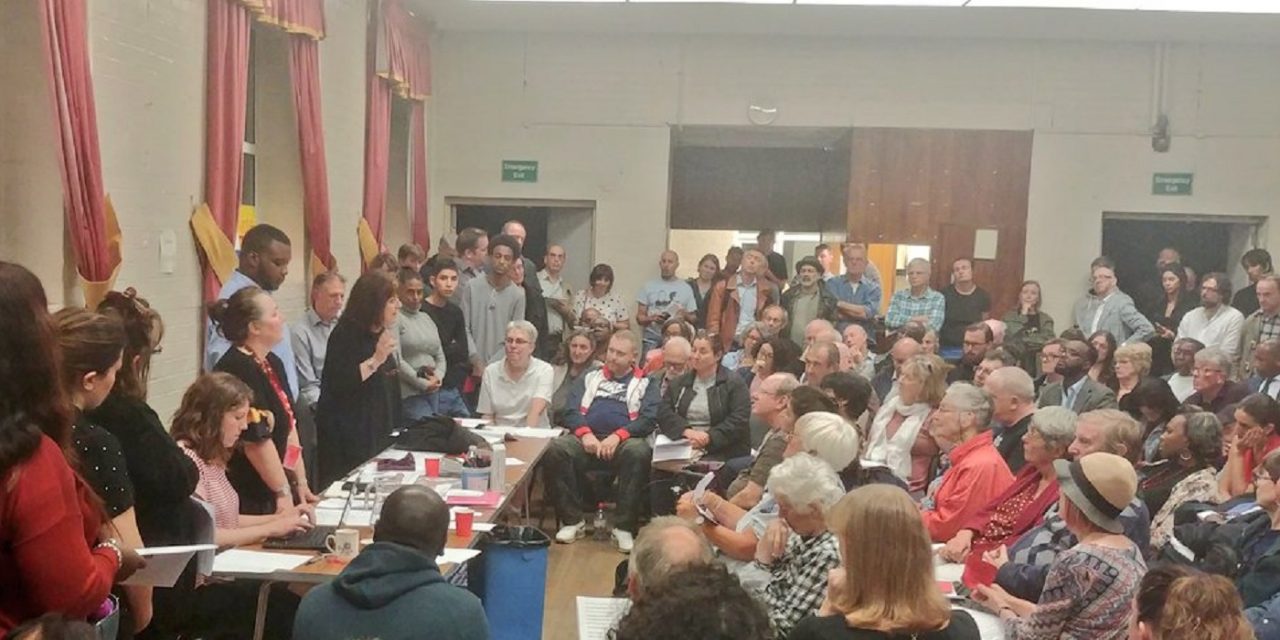 A formal complaint is being made after Press TV UK, the banned Iranian state broadcaster’s wing in Britain, breached rules by broadcasting from inside the Labour meeting in which Enfield North MP, Joan Ryan, received a no confidence vote for the stand she made over anti-Semitism in the party.

As members of Ryan’s constituency met, the station’s twitter feed was full of live videos and tweets detailing the meeting – the only outside media to do so.

After the meeting, chair of Enfield North Labour party, Siddo Dwyer, took to Twitter to complain about the filming, saying “this is totally unacceptable. In my capacity as Chair, I’ll be writing to formally complain to Press TV for their broadcasting of our meeting.”

“Warnings were issued about filming, including a direct warning to the member in question. It didn’t occur to any of us at the time that they were from a state broadcaster.”

He added: “The national Labour Party has been informed about filming by Iranian state TV of our CLP meeting. An investigation will take place and a formal complaint lodged”.

Labour’s deputy leader, Tom Watson, said the filming made a farce of the proceedings and “is not how the modern Labour party should conduct its affairs”.

A Labour spokesperson said, “Filming of local Labour Party meetings is not permitted, and Enfield North will be reminded of this fact.”

Press TV had its licence to broadcast in the UK revoked by the media regulator, Ofcom, in 2012, over claims that editorial decisions were being made in Tehran.

Impossible to fathom how Iran State TV was able to live-tweet the Joan Ryan no confidence vote at Enfield North – from inside the CLP meeting. This disorder makes a farce of the proceedings and is not how the modern Labour Party should conduct its affairs. https://t.co/gbauEEw2sq 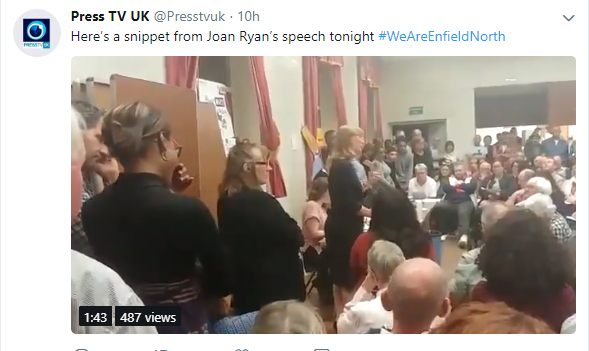 Labour spokesperson on the Joan Ryan no confidence vote being broadcast last night by Iranian state channel Press TV: "Filming of local Labour Party meetings is not permitted, and Enfield North will be reminded of this fact."