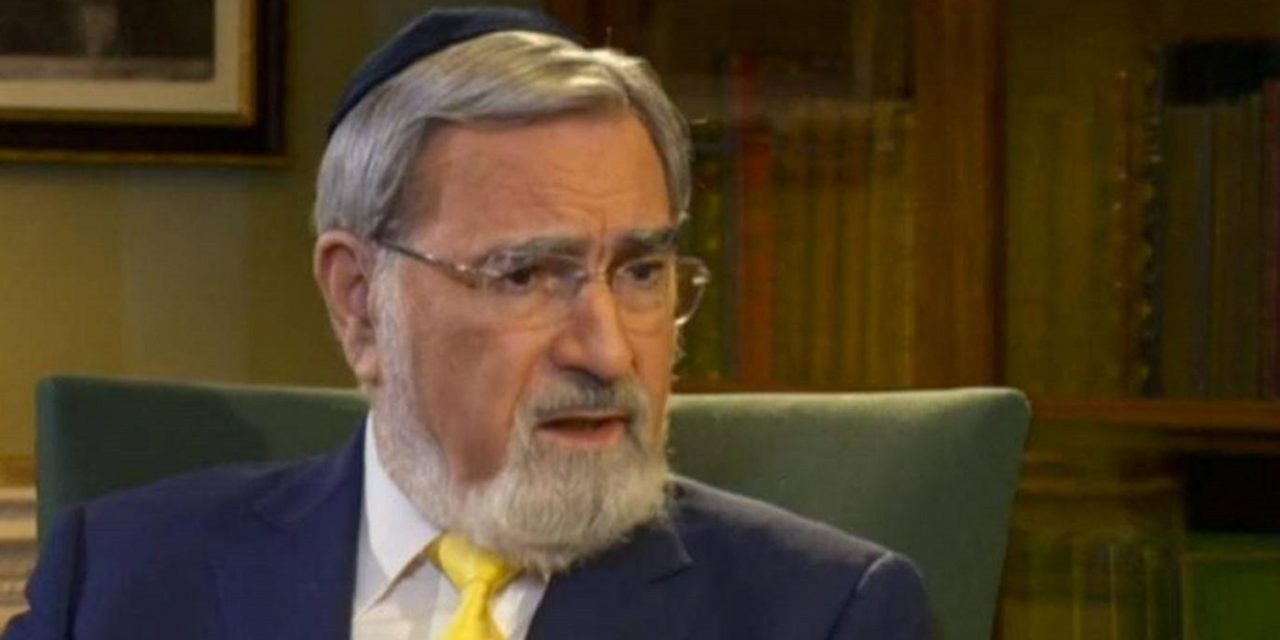 Former UK Chief rabbi Jonathan Sacks has called on Jeremy Corbyn to “repent and recant” his comments about Zionists failing to understand irony, and for his and his party’s treatment of the Jewish community.

“I had to issue a warning. Anti-Semitism has returned to mainland Europe within living memory of the Holocaust,” said Rabbi Sacks on Sunday’s Andrew Marr show.

The highly respected rabbi said the Jewish community in the United Kingdom sees the possibility of Corbyn becoming prime minister as an existential threat to Jewish life in the country, and that his attitude to terrorist groups and his past rhetoric could ignite “the flames of hatred.”

Lord Sacks, who served as chief rabbi between 1991 and 2013, said: “Anyone who uses the term Zionist loosely, without great care, is in danger of engulfing Britain in the kind of flames of hatred that have reappeared throughout Europe, and is massively irresponsible.”

“There is danger that Jeremy Corbyn may one day be prime minister, he is the leader of Her Majesty’s opposition, and I’m afraid that until he expresses clear remorse for what he has said and what his party has done to its Jewish sympathisers as well as its Jewish MPs, then he is as great a danger as Enoch Powell was.”

He added: “Jews have been in Britain since 1656, I know of no other occasion in these 362 years when Jews – the majority of our community – are asking ‘is this country safe to bring up our children’.

“Now, this is very, very worrying.”