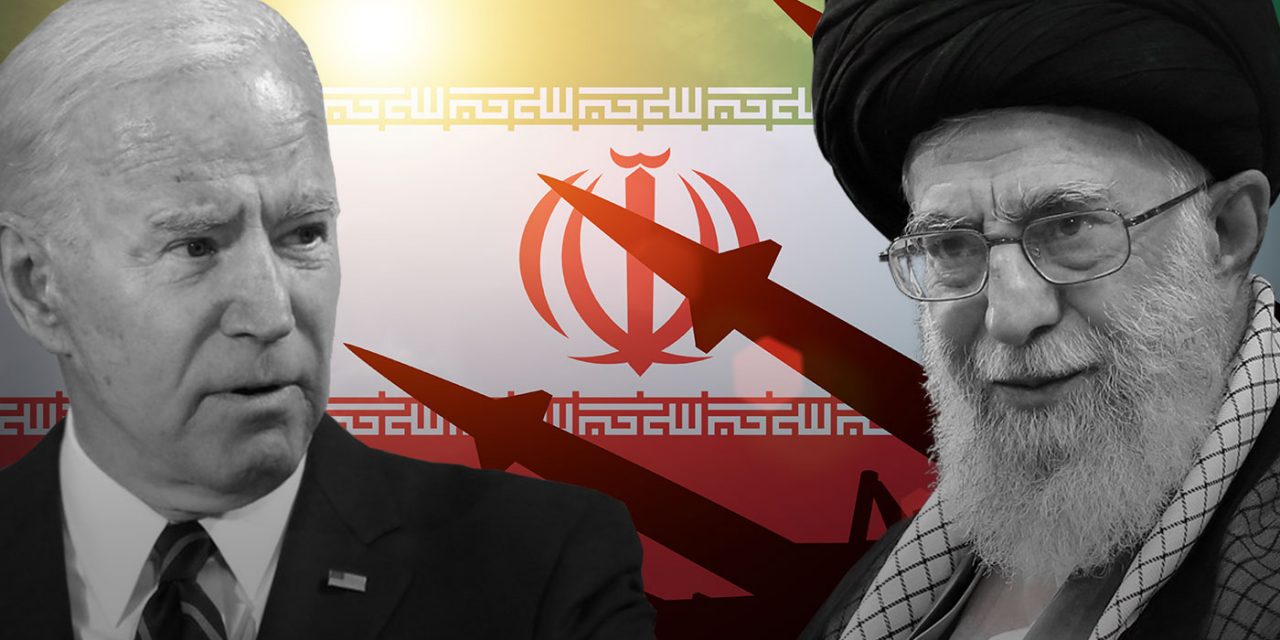 As the world’s attention is rightly drawn to the devastating Russian invasion of Ukraine, there is one massive area of concern for Israel. It looks likely the US will push through a weak Iran deal that could have devastating consequences for Israel and the region.

There are numerous reports that a new Iran nuclear deal could be signed imminently. Some are saying within days, others weeks. Regardless of the timeline, all agree the new deal will be weaker than the last. Here are three areas it will be weaker:

If true, this is a win-win for Iran and a huge loss to Israel and the wider region.

Weak leadership in America appears, once again, to be leading the world to a disaster.

Why is the US rushing towards a weak deal?

Russia’s invasion of Ukraine has completely shifted the geopolitical landscape. Relations between the US and Russia are strained right now and this is a problem for the Iran Deal.

The United States is using the Russians as the key conduit in its indirect talks with the Iranians. Even after the invasion of Ukraine moved forward, the State Department doubled down on this diplomatic channel. The word we are hearing from CUFI’s Washington office is that the push for reaching a “deal” is more fervent than ever.

This is insanity and it should be stopped along with the talks themselves, which are on the brink of disaster.

The US should not allow Iran to take advantage of these dangerous times, nor should they allow Russia to be their emissary. Sadly, the Biden administration appears to be doing both.

The new deal will ease pressure on Iran

The alleged new deal will give Iran more freedom to carry out terror activities in the Middle East. For one, it has been suggested that the IRGC (Islamic Revolutionary Guard Corps), otherwise known as the tip of the terrorist spear for Tehran, would no longer be sanctioned by the U.S. government under this agreement. This would be an abomination as Iran and the IRGC continue their terrorist behaviour across the world unabated.

There is also speculation that some of Iran’s key terrorist leaders will also be free from sanctions. Two of them are IRGC Commander Mohsen Rezai who Interpol holds responsible for the 1994 bombing of a Jewish community centre in Buenos Aires that killed 85 people and wounded hundreds more. Another is Hossein Deghan, who served as IRGC commander of Tehran during the 1983 attack in Beirut that killed 241 US troops.

To back down against terrorism like this would be unforgivable.

Iran is already the world’s largest state sponsor of terrorism. Tehran’s regime funds terror groups that are launching attacks again Israel and other allies in the region. Releasing sanctions does nothing to help those countries, instead, it puts them in greater danger.

Iran will be free to advance its nuclear programme unhindered

Let’s be clear, the Iranian regime and its radical leadership are seeking a nuclear weapon and they want to use that weapon to attack Israel. The leaders of Iran have not hidden their intentions to destroy Israel.

As Holocaust survivor and Nobel Peace Prize winner Elie Wiesel said, “Trust the threats of enemies before the promises of friends.”

Under the current disastrous deal, Iran has already broken all the rules. It has repeatedly lied to the UN and stopped inspections at its nuclear facilities. And when they were allowed, rules were found to have been broken and uranium enrichment far beyond the deal’s limits had already been surpassed. Iranian leaders claim they are only seeking nuclear power for domestic energy needs, but they have already reached the required level of enrichment for that. Their only need to increase it further is if they are seeking a nuclear weapon.

This deal would be disastrous

According to Gabriel Noronha who worked on Iran Policy at the US State Department under US President Donald Trump, the coming Iran nuclear deal will be “far weaker and far more dangerous than the original accord” signed under former US President Barack Obama in 2015 as world powers have agreed to rescind far more sanctions while “asking far less” of Tehran in return.

If this is the deal that is going to be signed, it is far worse than we anticipated. This deal will embolden Iran to carry out its destabilising activities in the region and release pressure on Iran’s economy by pumping billions of dollars (estimated more than $100 billion) into its economy. Furthermore, a weakened deal will have far less ability to stop Iran from advancing its nuclear weapons program.

CUFI’s head of policy wrote in 2020 that a return to the old nuclear deal should be a non-starter and that any agreement with the Tehran regime must be comprehensive, bipartisan and durable. And Biden’s team must be willing to walk away.

Instead, Biden is looking for a deal, any deal, no matter the compromises or the costs. That cost, like the disasters of Afghanistan and Ukraine, will have devastating consequences.