Israeli PM flies to Moscow to mediate; Zelenskyy thanks Israel for support 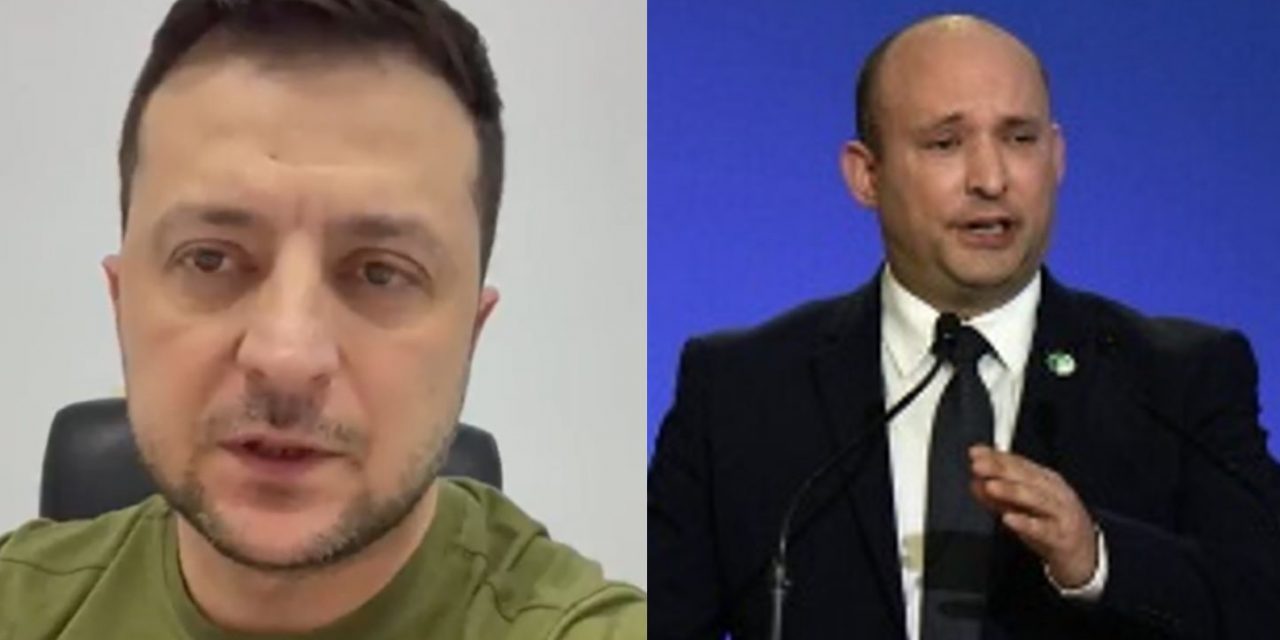 President Zelenskyy has thanked Israel for its support for Ukraine after Israeli Prime Minister Naftali Bennett flew to Moscow on Saturday for a three-hour meeting with Vladimir Putin.

“I am grateful to Israel for their support for Ukraine,” Zelenskyy said on Sunday, “We need the support of all countries and we were talking about the support we need now and how we are going to cooperate in the future after the war.”

Bennett’s meeting with Putin at the Kremlin received little mention on British news, but was an effort to mediate, backed by the UK, US and France. Bennet spoke to Zelenskyy both prior to and immediately after the meeting, before flying to Berlin to speak with German Chancellor Olaf Scholz.

Bennett, who is a religious orthodox Jews, travelled on the Sabbath after obtaining special dispensation to fly on the grounds he was attempting to preserve human life by entering into the talks in Moscow.

At the beginning of the weekly Israeli cabinet meeting Sunday, Bennett said Israel had a “moral obligation” to try to negotiate between Ukraine and Russia, though he said he could not elaborate on the status of his talks with Putin and Zelenskyy.

“I went there to assist the dialogue between all of the sides, of course with the blessing and encouragement of all players,” Bennett said, according to The Times of Israel, “Even if the chances are not great,” he believes Israel must “try and make an effort to do something.

Bennett added:”As long as the candle is burning – we must try, and maybe we can still act.”

He continued:”We have access to all sides and the ability. There is a moral duty to do everything.”