For its security, Israel must tread a careful path with Russia 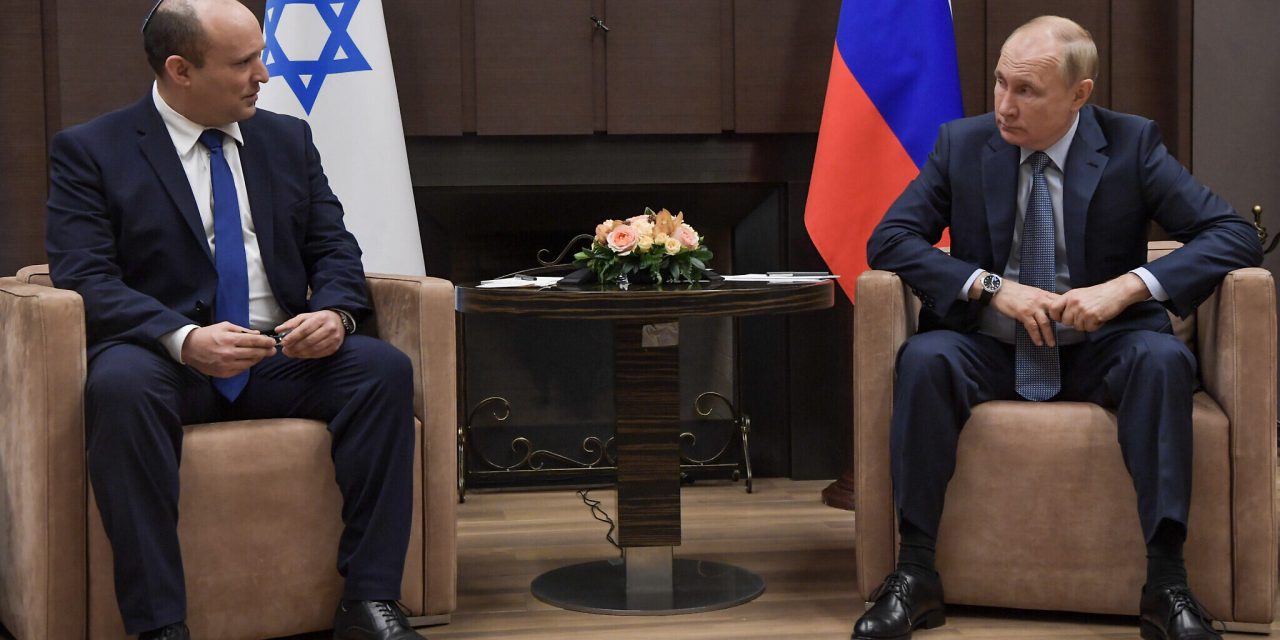 Israel is walking a fine path in its handling with Russia. Unlike most other Western countries, Israel has maintained open lines of communication with Putin while also supporting Ukraine during the Russian military onslaught.

This week Russia published an official list of states it deems ‘unfriendly’ to it. This included the US, the UK, all of the European Union countries, and many others, such as Japan, Singapore, Australia and New Zealand.

Surprisingly, Israel was not placed on Russia’s naughty list.

It’s important to realise Israel’s unique position in all this. Russia is on Israel’s doorstep in Syria, and while Israel aligns with Western powers against Russia’s aggression, it also needs to keep its borders secure, and that means communicating with Russia.

Russia is the dominant force in Syria, propping up the Assad regime. Syria borders Israel in the north.

Yair Lapid, Israel’s Foreign Minister, explained that Israel shares “a kind of border with Russia” because they are “an important force” in the country.

Syria is also home to Iranian forces, both Iranian fighters shipped in and Syria based militant groups who are loyal to the Iranian regime. Iran seeks Israel’s destruction, and like all the puppets of Iran (such as Hamas and Hezbollah) the Syrian terrorist groups are also seeking to destroy Israel.

When Israel carries out defensive strikes it has to coordinate with the Russians. Israel doesn’t want to be attacked by advanced air defence systems operated by the Russian military in the country. Likewise, Russia doesn’t want its forces being decimated by Israel’s advanced fighter jets.

Therefore, Israel works closely with Russia to ensure that Israel’s strikes on Iranian threats in Syria can continue unhindered.

It appears that Russia trusts Israel.

Israel has taken on a mediation role in the conflict. Israel’s Prime Minister Naftali Bennett flew to Moscow on Saturday and spoke with Russian President Putin. Bennett also met with European leaders and spoke with Ukraine’s government.

Israel is standing in a gap between Western powers and Russia. Keeping relations with all sides. But this might not last forever.

Ultimately, when the time comes, Israel will stick with the West.

Nachman Shai, Israeli Minister of Diaspora Affairs, said, Israel has worked hard not to be forced to “take a clear, official position, with great hope that this crisis will end without fire, no casualties and no military confrontation.”

However, Shai added that if there was a decision to be made between Russia and the US, “Our heart is on the side of the US.”

This was echoed by Ram Ben-Barak, head of the Committee on Foreign Affairs and Defence, who said, “ultimately, if we ever have to choose a side, we will choose the American side.”

As Christians, this raises questions on Bible prophecy. There is an understanding among many Bible scholars that Russia will turn against Israel in the End Times. Russia is already on Israel’s border. If the fragile relationship between the two countries is damaged, mistakes could happen during operational activities in Syria. And it could lead to war.

It is a dangerous path to walk, and we need to keep Israel and her leaders in prayer.