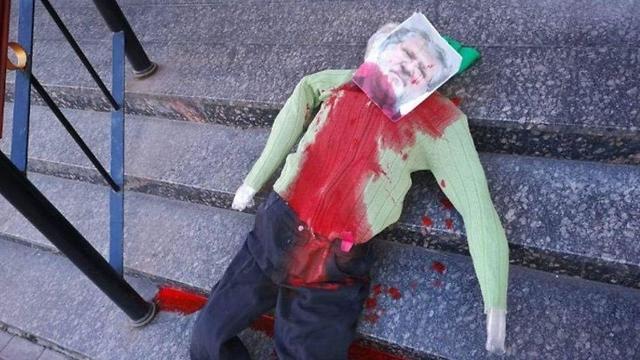 A doll  in the image of Igor Kolomisky, President of the Jewish Community of Ukraine, was placed next to the historic Brodskysky Synagogue in the centre of the capital Kiev.

The doll with a picture of Kolomisky was covered in red paint, supposedly to mimic bleeding, and was placed on the steps of the synagogue located on Rossa Rossi Street.

Israeli Ambassador to Ukraine, Joel Leon, condemned the incident, saying: “This is another disturbing anti-Semitic act in Ukraine, this time on the steps of the Kiev Central Synagogue. I hope law enforcement agencies will stop the operations as soon as possible.” Leon questioned Ukraine’s conduct in the fight against anti-Semitism, saying: “The state needs to do more, otherwise violence will spread and reach people.”

Over the weekend, Adolf Hitler graffiti was anonymously sprayed a wall near a tomb of Rabbi Nachman, with an inscription glorifying the Nazi leader. 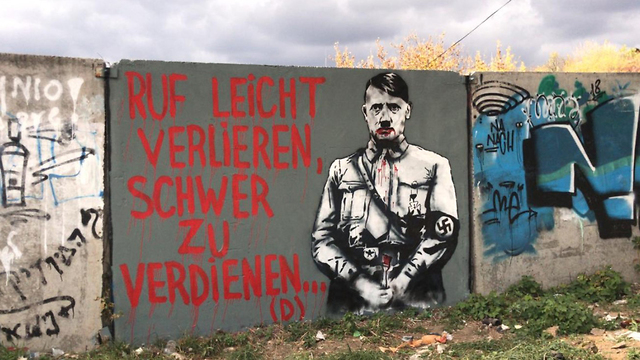