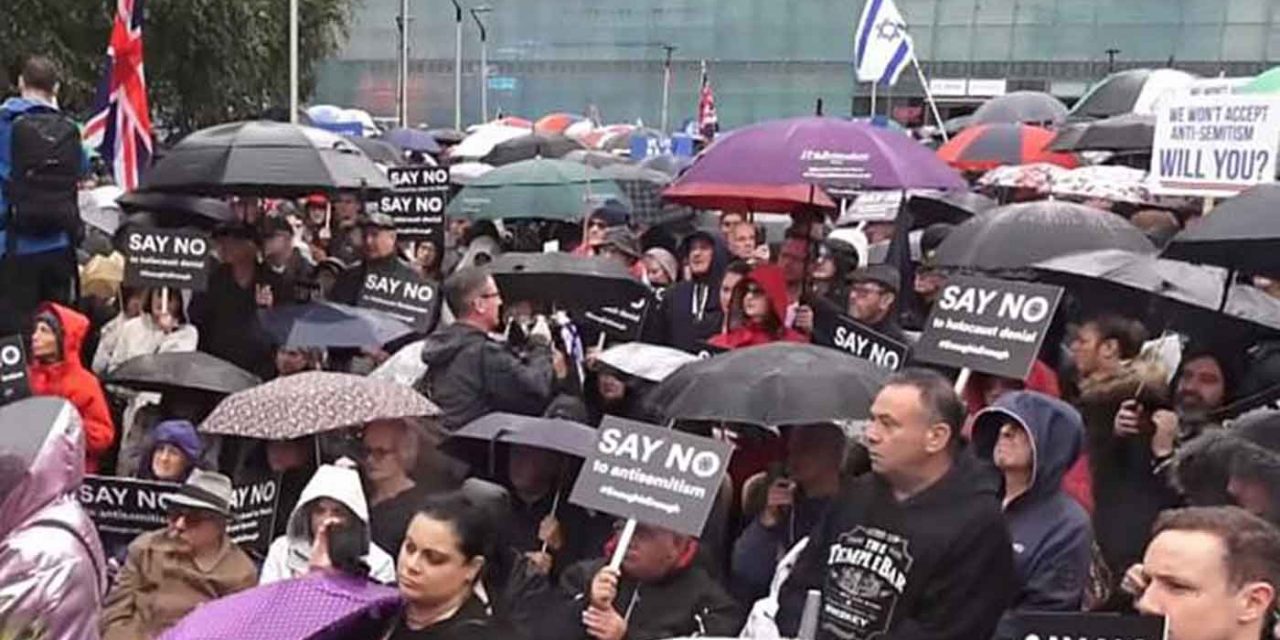 The number of antisemitic incidents in 2018 has increased by 16% in 2018 – the highest ever total for the third year running.

UK charity Community Security Trust (CST) say 1,652 antisemitic incidents were reported in the UK in 2018. The report says  “extremist” language and imagery, including references to the Nazis, were now being seen in almost half of all incidents, compared to less than a third in previous years.

While some anti-Semitic reaction was linked to the controversy over the Labour Party’s handling of anti-Semitism and events at Israel’s southern border in Gaza, CST said there was no specific “trigger” for this year’s record level of reported incidents.

For the first time ever, there were more than 100 incidents every month of the year, showing sustained high levels, and for the first time since 2015, the charity recorded an incident of “extreme violence,” with “potential loss of life or grievous bodily harm”.

CST said there were 122 incidents of assault last year, of which 101 were “random attacks on Jewish people in public spaces,” 57 of these against people who were “visibly Jewish”. Sixty-six antisemitic incidents in 2018 targeted synagogues; 30 incidents involved  congregants on their way to or from prayers, while another 20 assaults were recorded against Jewish schoolchildren.

There also seemed to be a connection between an increase in incidents and the prominence of ongoing arguments about antisemitism in Jeremy Corbyn’s Labour Party. CST recorded 148 antisemitic incidents in 2018 that were examples of, or took place in the context of, arguments over alleged Labour antisemitism.

CST chief executive David Delew said: “Three years of rising antisemitic incidents shows the scale of the problem facing the Jewish community. This is happening across society and across the country and it reflects deepening divides in our country and our politics.”

He added: “Jewish people are on the receiving end of this hatred but it must not be left to us to tackle alone.”

The rise of anti-Semitism to record levels in the UK gives further reason for the work of CUFI and the importance of Christians to stand against anti-Semitism. Last year, CUFI UK launched a campaign, Christians Against Antisemitism, in which more than 10,000 people raised their voice in solidarity with the Jewish community in the UK.