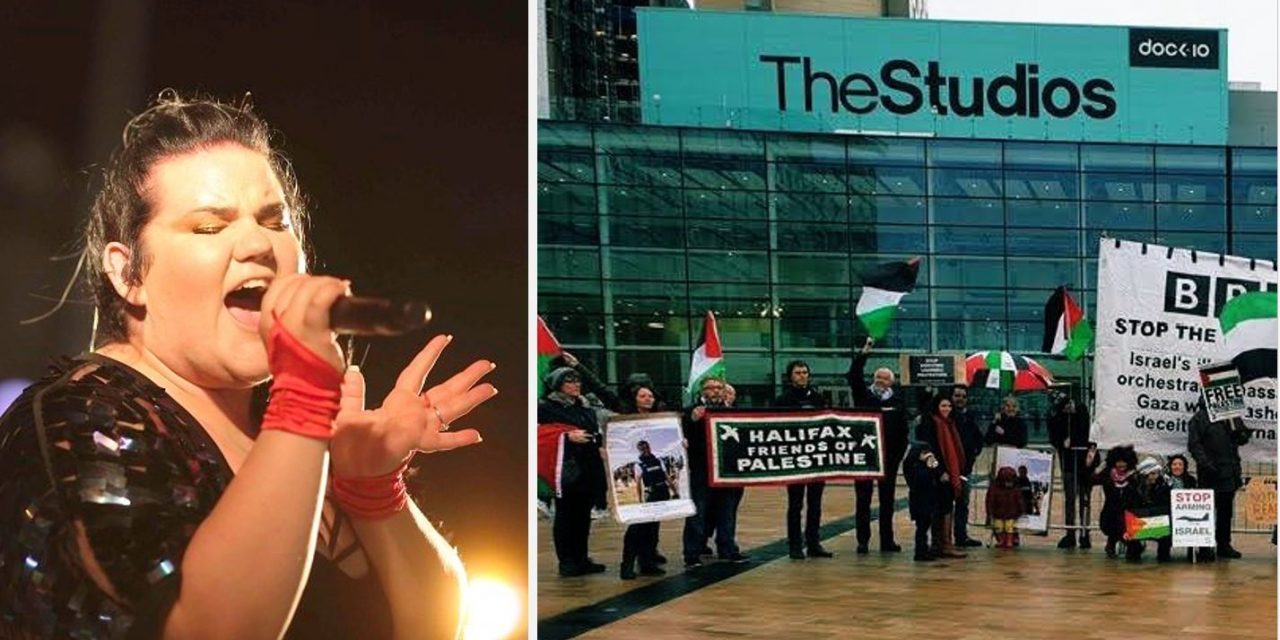 Anti-Israel protesters are threatening to disrupt the BBC’s live show Eurovision Song Contest: You Decide on Friday night unhappy that the competition in May will be hosted by Israel.

Last year’s winner, Netta Barzilai, will be performing on the show which will give viewers the opportunity to choose a UK entry for Eurovision 2019, which takes place in Tel Aviv.

Protesters from the Palestine Solidarity Campaign (PSC) and other pro-Boycott Divestment and Sanctions (BDS) organisations are due to congregate outside the BBC’s MediaCityUK building in Salford. The PSC have called on other artists and media workers to boycott the event.

Security has been bolstered around Netta over fears protesters inside the arena may attempt to mirror the antics of BDS campaigners who stormed the stage in France last month to disrupt their semi-finals of a pre-Eurovision contest.

After the protests in Paris, Netta said: “Five people who came to spread darkness rather than focusing on music and love can’t bother me on a night like this.

I’m grateful for the warm and huge embrace I received here this evening.”

In January, the BBC dismissed anti-Israel campaigners’ calls to boycott the Eurovision Song Contest in Tel Aviv, saying it would broadcast the event because it is “not political”.

An earlier letter signed by 50 artists urged the broadcaster use its influence to “press for Eurovision to be relocated to a country where crimes against that freedom are not being committed”.

A counter-demo to Friday’s protest is being planned by North West Friends of Israel.