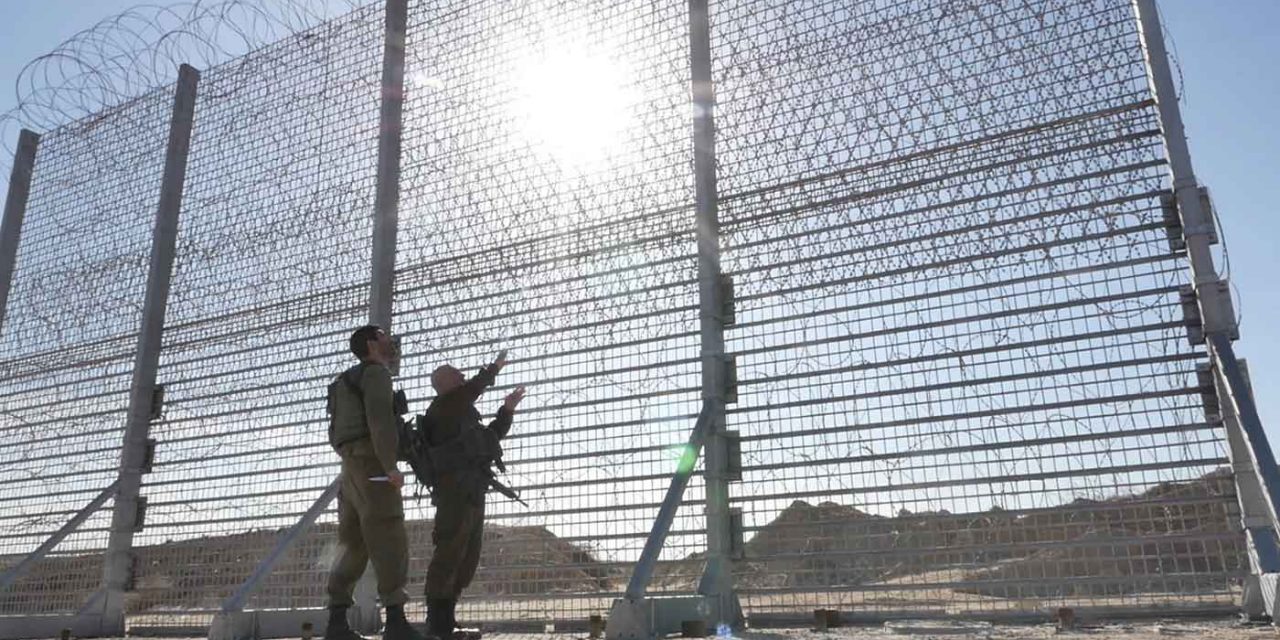 Israel’s Defense Ministry has announced it has begun the final phase of construction of a new sophisticated security barrier surrounding Gaza, an attempt to protect Israel’s borders from terrorism.

The news comes following months of violent border protests orchestrated by Hamas, who have been pushing tens-of-thousands of civilians to the border with Israel so they can infiltrate the protests with terrorists who carry out attacks on the border.

The 20,000 ton barrier will extend for 40 miles along the Gaza border and have a “smart fence” that can detect Hamas attack tunnels underground. The project will be completed by the end of 2019 and will cost approximately £642 million ($833 million), with the vast majority of the cost on top-secret tech that detects tunnels underground.

“Over the weekend we began building the above-ground barrier along the Gaza border,” Prime Minister Benjamin Netanyahu told journalists before the weekly cabinet meeting on Sunday.

The barrier “will prevent terrorists from Gaza from penetrating into our territory on the ground,” he said.

Whilst many who oppose Israel will condemn the building of this wall, it is important to point out that this wall is both necessary and is no different to what the Egyptians have erected, without criticism, along Gaza’s southern border.

“The barrier is similar to the one on the Egyptian border, but it has significant improvements and includes innovative security elements,” according to the statement from the ministry.

Israel would not require this security protection if the leaders of Hamas did not actively seek Israel’s destruction. Those to blame for the need for this barrier are Hamas and the Palestinian leaders who incite violence against Israelis. It is right for Israel, which has the most unique security needs on the planet, to do all it can to protect its citizens. “Smart walls” that detect tunnels and terrorists are a good move.