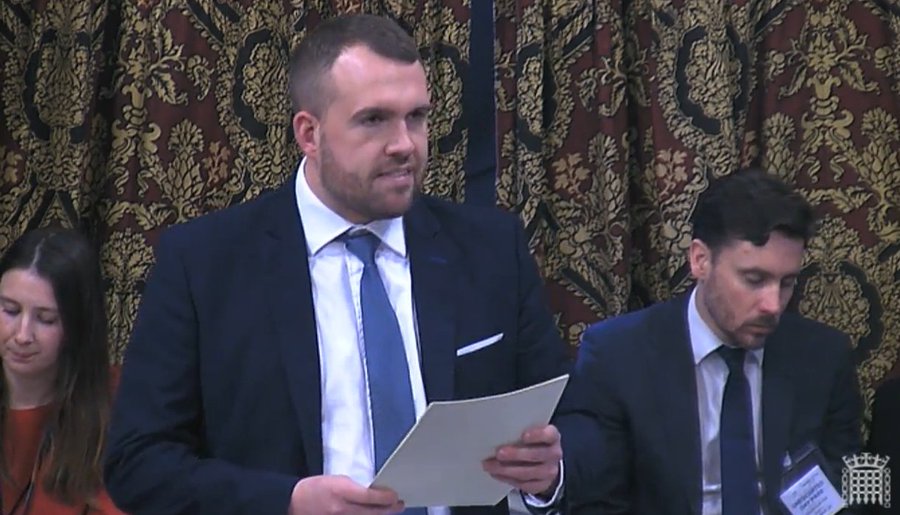 Westminster MPs have urged the European Union to release a long-awaited report into Palestinian school curriculum, which is radicalising children against Israel.

The UK continues be a major funder of Palestinian Authority and UNWRA schools that are promoting anti-Semitism from an early age.

MP Jonathan Gullis, who together with Minister of State James Cleverly initiated a debate in the Houses of Parliament on Tuesday, displayed a reading comprehension textbook for 10-year-olds that praised Dalal al-Mughrabi, who killed 38 Israelis including 13 children, on a bus in 1978.

Gullis, who is a former teacher, cited research by IMPACT-se, a research institute analyzing textbooks, which reviewed 202 such books from the current Palestinian curriculum, finding “a systematic insertion of violence, martyrdom and jihad across all grades and subjects, where the possibility of peace with Israel is rejected.”

WATCH: @JEGullis holds up and reads from Palestinian textbook that portrays Dalal Mughrabi "as a central female role model for Palestinian girls".

Mughrabi is the perpetrator of the Coastal Road Massacre bus hijacking in which 38 Israelis were murdered, including 13 children. pic.twitter.com/DhmP737n8S

IMPACT-se CEO Marcus Sheff said the MPs “exhibited a great deal of frustration – that years after the issue of hate in Palestinian textbooks was raised in parliament, no changes have been made.”

Sheff also said the European Commission has a responsibility to countries funding the Palestinian Education Ministry to make its report on Palestinian textbooks available to the public.

TODAY: Conservative MP @JEGullis led a debate in Parliament on radicalisation in Palestinian curriculum, using @IMPACT_SE reports on 202 current textbooks that find a "systematic insertion of violence, martyrdom & jihad across all grades & subjects”. Peace with Israel is rejected pic.twitter.com/dYvjKLtsq1

MP Stephen Crabb questioned “why there has been so little progress” in removing incitement from textbooks, pointing out that “concerns have been constantly raised by members across parties in this house about the use of inciteful language in textbooks – which, whether directly or indirectly, UK aid has helped to finance.”

Former Cabinet Minister Rt Hon Theresa Villiers MP says she first raised the issue of incitement in Palestinian textbooks in “a Parliamentary Question in the European Parliament 19 years ago”. She asks: “Why is this problem not fixed?”

Former Cabinet Minister Rt Hon Theresa Villiers MP says she first raised the issue of incitement in Palestinian textbooks in "a Parliamentary Question in the European Parliament 19 years ago". She asks: "Why is this problem not fixed?" pic.twitter.com/CAHbeP9l3Y

MP Matthew Offord highlighted that 31 official Palestinian Authority schools named after terrorists, as well as “three named after Nazi collaborators” – sending clear message that terrorists will be honoured for attacks.

Meanwhile, MP Mary Robinson explained that UNRWA schools in the West Bank & Gaza “have to follow the curriculum set by the Palestinian Authority, which as we have heard, glorifies martyrdom, rejects peaceful coexistence with Israel”. The UK has provided £330m to UNRWA over past 5 years.

Labour Friends of Israel chairman MP Steve McCabe said: “I strongly support a two-state solution – and it is precisely because of that support that I believe it is imperative that we tackle the issue of radicalization in the Palestinian school curriculum.

The textbooks “seek to pass on old hatreds and prejudices to a new generation of young people,” McCabe added. “It’s a barrier to reconciliation and coexistence, is pernicious and simply unacceptable.”

Cleverly responded that “antisemitism is unacceptable in all its forms. It is offensive, it is hateful and has no place anywhere in society, least of all in the classrooms.”

The minister said the government is “deeply concerned” by the incitement of hatred and violence towards Israelis in Palestinian textbooks.

“These are serious allegations and we take them seriously,” he added.

In Westminster Hall debate on radicalisation in the Palestinian curriculum led by @JEGullis today, Middle East Minister @JamesCleverly confirmed that the UK would urge the EU to ensure ongoing reports into the content of Palestinian textbooks are made publicly available. pic.twitter.com/9cZkuc76bF

Jerusalem Deputy Mayor Fleur Hassan-Nahoum, who helped raise awareness of the issue via Conservative Friends of Israel, said that “today many rational, bipartisan voices in the House of Commons made very clear that the funding of incitement and antisemitism in the Palestinian School Curriculum is no longer acceptable, whether the funding by the UK is direct or indirect.”

“Building co-existence and a shared society starts with a child’s education,” she added. “The Palestinian school books are the antithesis of this, and so if there is to be any hope of peace on the horizon – and if foreign governments want to be a part of helping build the infrastructure for peace – they have to start by regulating and influencing for the good the very education that they are funding.”