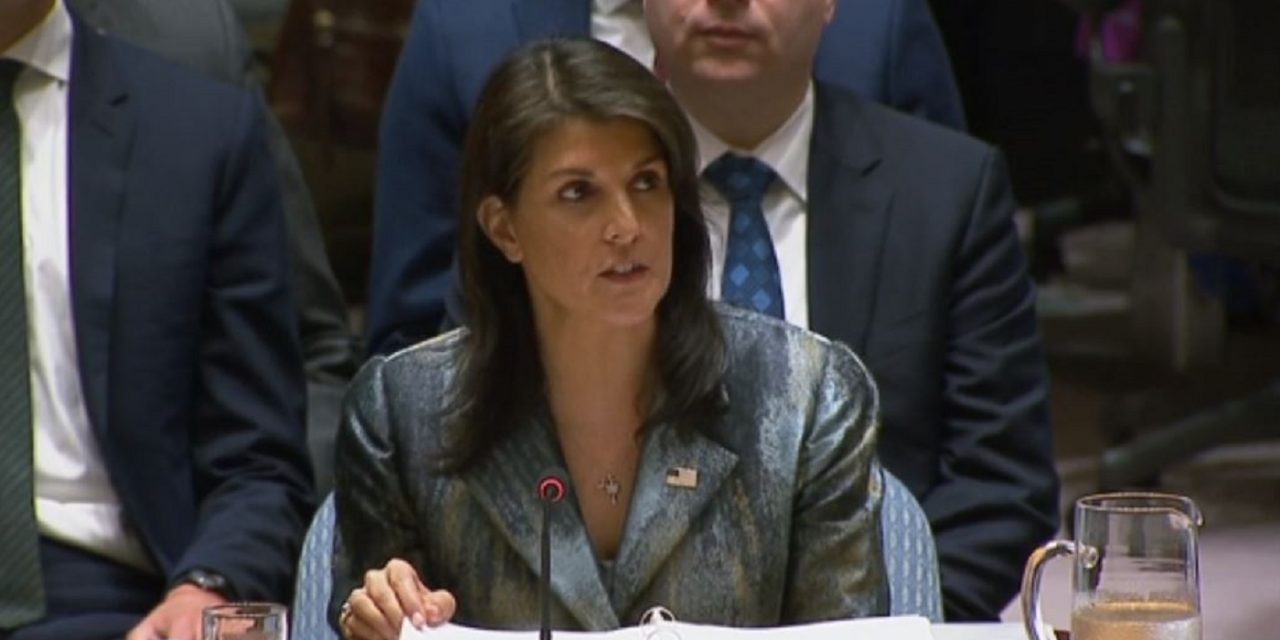 The UK has joined seven other European Union member states in issuing a warning ahead of the publication of President Trump’s long-awaited Middle East peace plan.

Tuesday’s joint statement by France, the Netherlands, Poland, Sweden, the United Kingdom, Belgium, Germany and Italy came in reaction to outgoing U.S. Ambassador Nikki Haley’s last remarks at the U.N. Tuesday, in which she did not mention the words “Palestinian state” when discussing the as-yet-unrevealed plan in general terms.

The absence of these words seemingly did not sit well with the EU states, who all members of the Security Council, warning that any peace plan that would disregard “internationally agreed parameters,” namely a two-state solution based on the 1967 borders with Jerusalem as the capital of both states, “would risk being condemned to failure.”

The statement went on to read: “The EU is truly convinced that the achievement of a two-state solution based on the 1967 borders with Jerusalem as the capital of both States, that meets Israeli and Palestinian security needs and Palestinian aspirations for statehood and sovereignty, ends the occupation and resolves all final status issues, in accordance with Security Council Resolution 2334 and previous agreements, is the only viable and realistic way to end the conflict and to achieve just and lasting peace.”

Reference to UN Resolution 2334 repeats continued UK support for the biased resolution that effectively denied the Jewish connection to Jerusalem.

The member states added that the EU “will continue to work towards that end with both parties, and its regional and international partners”, and called for restring “a political horizon” on this issue.

Russia, too, joined the chorus, with its UN representative, Vasily Nebenzya, telling the TASS news agency that “it is crucial to rely on a two-state solution.”

Haley said the plan is “different from all previous ones” and “recognises the realities on the ground in the Middle East have changed” — as has technology, which can help both sides, although she did not give any specifics.

Charging the Palestinian leadership with clinging to “50-year-old demands that have only become less and less realistic” while their people “are suffering terribly,” she challenged them to be visionaries instead and to seriously consider the plan when it is revealed, hopefully early next year.

She emphasized that the Palestinians stand to gain tremendously if they enter negotiations. “What awaits the Palestinian people with a peace agreement are the prospects of a massive improvement in the quality of their lives and far greater control over their political future,” she said.