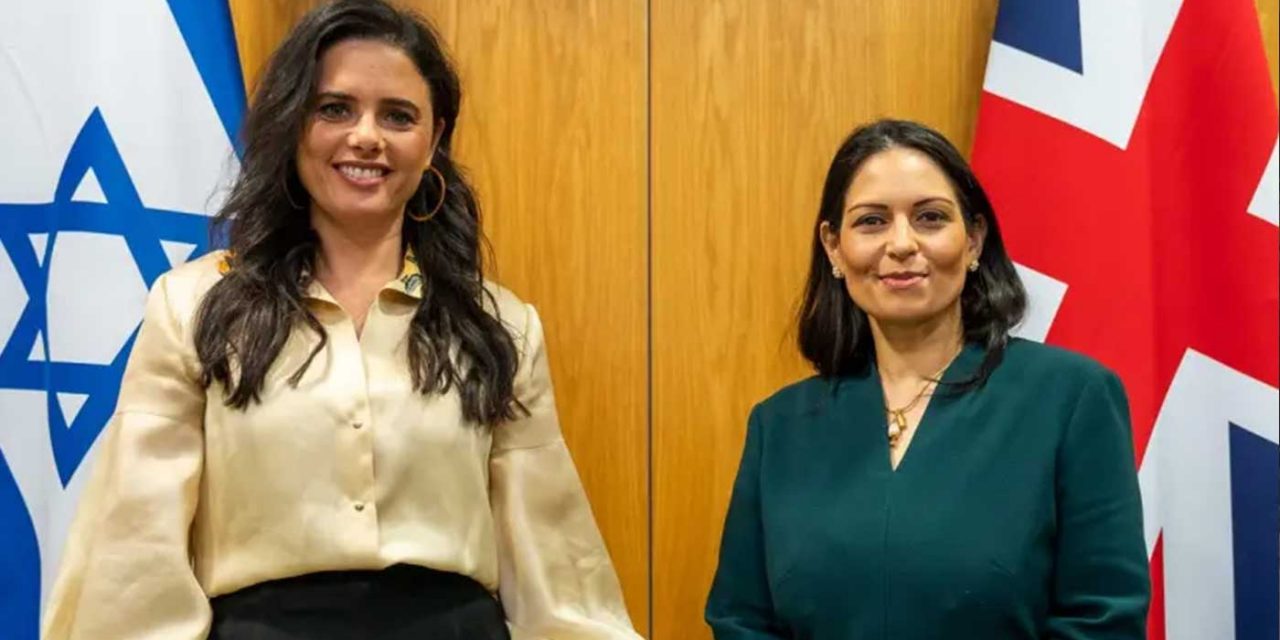 UK Home Secretary Priti Patel met with Israel’s Interior Minister Ayelet Shaked at the end of last month to discuss ways the UK and Israel could cooperate better together.

The Home Secretary expressed her pleasure at being able to welcome Minister Shaked to the Home Office in person.

“The UK’s relationship with Israel is extremely important,” Patel said as she welcomed Shaked to the Home Office in person for the first time.

The Home Secretary offered her condolences on behalf of the government to the families of the Israeli victims of Palestinian terrorism. Patel also offered further intelligence cooperation with Israel on the issue of terrorism.

“Our governments already work together closely and that cooperation could not be more important at a time of great international uncertainty, given current events in Ukraine.”

Thank you @pritipatel for a fruitful meeting. You are one of Israel’s best friends in Europe, and we look forward to further cooperation on our common goals. Your vital voice against terror is loud and clear 🇬🇧🇮🇱 https://t.co/GCnGAKrtef

According to the Home Office, both ministers expressed their condemnation of Russia’s invasion of Ukraine and the Home Secretary explained to her counterpart the various ways in which the government is helping Ukrainians seeking to come to the UK.

The two then discussed the pertinent issue of antisemitism in the UK, as well as incitement on social media.

Both ministers shared their concerns about the ways in which individuals can become radicalised and agreed to maintain a dialogue on dealing with this problem. They also agreed to work together on tackling harmful content online so as to help make the internet a safer place, free from hate, terrorism and antisemitism.

Shaked described Priti Patel as a “great friend of the State of Israel and we have a lot of opportunities and issues for cooperation.”

“The fight against terrorism, incitement on social networks, balanced immigration policies and the war on antisemitism are common issues to which we are both committed.”