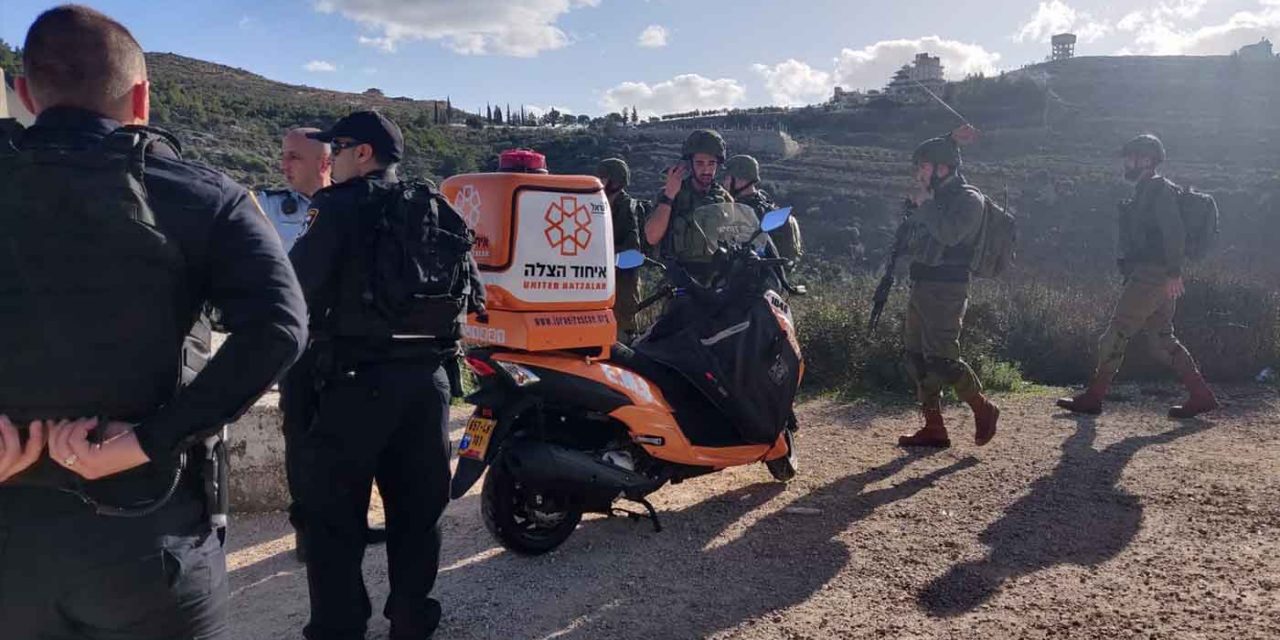 The attack near the Temple Mount took place on Wednesday evening when a Palestinian man pulled out a gun and shot at Israeli police officers stationed there. He hit one of the police officers in the arm before being shot by other police officers. The terrorist was shot dead at the scene.

“An assailant approached officers who were stationed near the Lions Gate, and opened fire at them,” police said.

“Other officers responded quickly, firing at the assailant and neutralizing him,” police said.

The Magen David Adom ambulance service said the injured officer, 38, sustained injuries to his arm. “We got him in an intensive care ambulance, gave him medical treatment including bandaging the wound and giving him painkillers, and took him for further care in the hospital,” an MDA medic said.

The incident occurred outside the Temple Mount, between the King Faisal Gate, also known as the Gate of Darkness, and the Lions Gate.

The second attack took place on Thursday near the Parsa Junction outside the Dolev settlement, northwest of Ramallah. A Palestinian gunman opened fire at soldiers stationed outside the town. One soldier was shot in the head, but the bullet only grazed his head, leaving him with a light injury.

In response to the terrorism, the Israeli troops opened fire at the suspect who fled the scene. The IDF has launched a manhunt to find him.

“A terrorist shot at IDF troops were in the area. An IDF soldier was lightly injured from the gunfire and was taken to the hospital for treatment,” the military said.

“IDF soldiers responded with gunfire at the terrorist and began searching for him.”

MDA Paramedic Israel Weingarten said: “When we arrived at the scene we saw the wounded walking around, suffering from a wound in his hand. We treated his wounds and transferred him to the hospital.”

The attacks occurred just hours after 12 Israeli soldiers were injured in a terrorist car-ramming. One of those soldiers is in a serious condition.