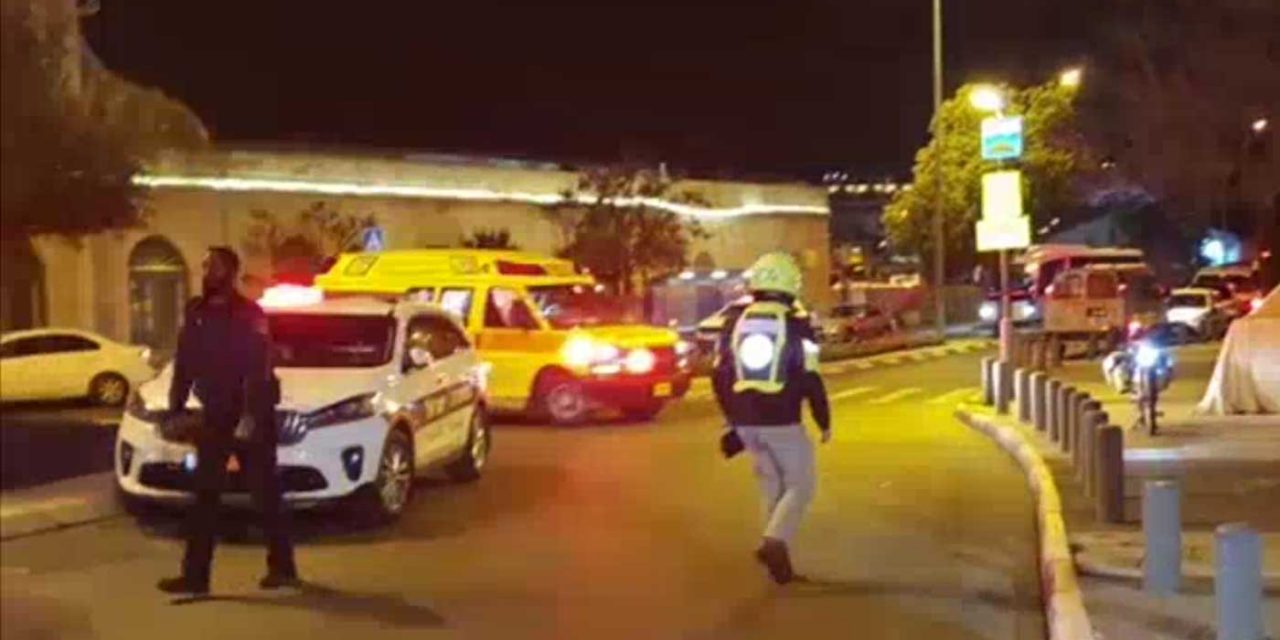 A Palestinian man slammed his car into a group of soldiers in the early hours of Thursday, wounding 12 before fleeing the scene.

Israeli military spokesman Lt. Col. Jonathan Conricus said one of the 12 injured in Jerusalem was seriously hurt, the others were lightly injured. Israeli police spokesman Micky Rosenfeld said the incident was being treated as a terror attack and that Israeli forces were searching for the assailant.

Magen David Adom paramedics, assisted by IDF medical forces, provided medical care to 14 people who suffered injuries, including one person who suffered serious injuries and was evacuated to the Shaare Zedek Hospital.

United Hatzalah volunteer EMT Aharon Pomp who was one of the first responders at the scene said, “Together with other EMS personnel, I treated one young man who was in serious condition after he suffered a full-system-trauma. I also treated two other young people who sustained moderate injuries.”

“Due to the nature of the incident, United Hatzalah’s Psychotrauma and Crisis Response Unit were dispatched to the scene and treated eight people who were suffering from emotional or psychological shock.”