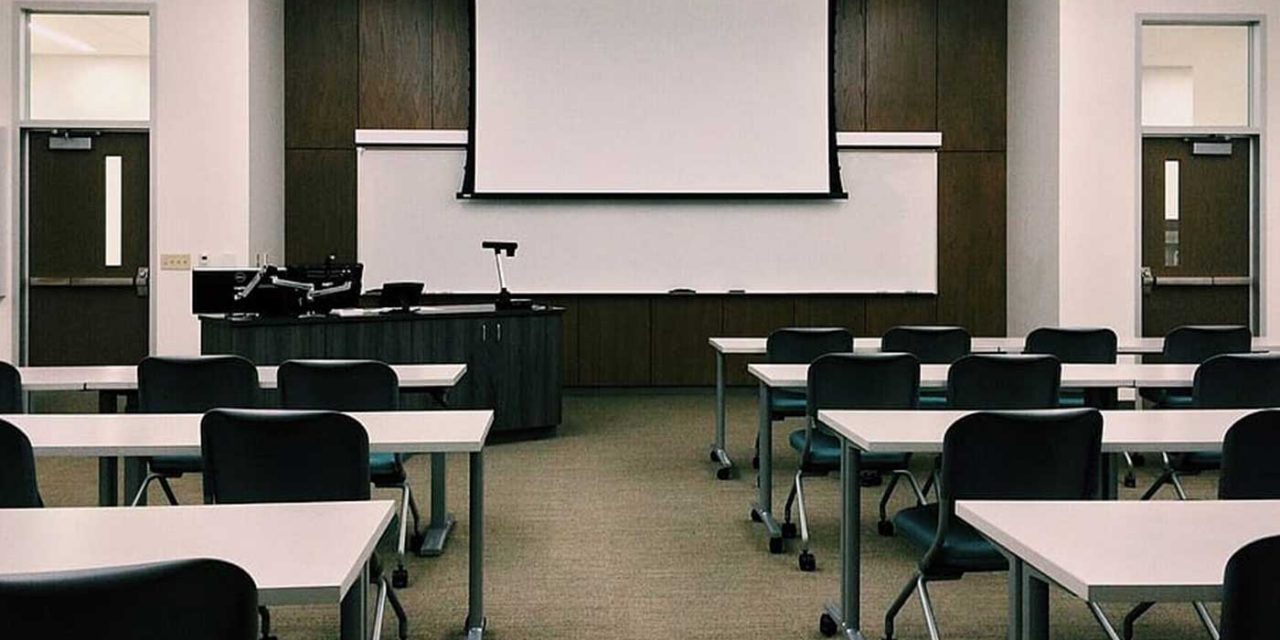 A school board in Canada has reinstated an educator after sharing anti-Israel information with other teachers that included materials from outlawed terror groups and support for suicide bombings.

In mid-May, during the height of Israel’s 11-day conflict with Palestinian terror groups in the Gaza Strip, Javier Dávila, a member of the district’s “gender-based violence unit,” sent out a 51-page booklet that included suggested reading links to documents related to the Popular Front for the Liberation of Palestine, the PFLP, a recognized terrorist entity in Canada, and another that justified “armed struggle and martyrdom operations (called ‘suicide bombing’ by Zionists).”

In a statement, school district spokesman Ryan Bird said “after an extensive investigation, the staff member has been returned to their duties and has not been formally disciplined. As we’ve stated previously, the resources in question were not vetted prior to distribution. Had they been, they would not have been approved given the potential impact on students, staff and families in our school communities. With that in mind, we are currently reviewing and revising our expectations around resources of this nature and the appropriate vetting process that must be followed to avoid something like this happening again.”

He added that the district is working to “finalize” a staff member from both the CIJA and the National Council of Canadian Muslims to “help develop resources with regard to anti-Semitism, Islamaphobia and anti-Israel and anti-Palestinian sentiments.”

It should be noted that sharing materials in support of terror groups is against the law in Canada. Despite this, no action was taken against the teacher.

The Jewish community has condemned the decision of the Toronto District School Board.

Michael Motsyn, CEO of B’nai Brith Canada, said the reinstatement with no discipline sends a “clear signal that it regards Jewish students, Jewish teachers and the Jewish community as second-class constituents. There is no way the TDSB would tolerate the glorification of violence against any other minority group.”

“It is clear that the TDSB has a serious anti-Semitism problem,” he said, “and it is questionable whether the institution can fix it alone.”

Noah Shack, vice president, Greater Toronto Area, of the Centre for Israel and Jewish Affairs (CIJA), said, “it is outrageous that an individual who distributed materials associated with a listed terrorist entity has been reinstated by the TDSB [Toronto District School Board] without any discipline. Failure to attach consequences to hateful behaviours undermines the safety and well-being of students and staff.”

“Schools are supposed to be an environment free from hatred, discrimination and violence, designed to nurture and develop learning in children and youth. The resources distributed by Dávila have poisoned that environment. Materials supporting the PFLP should be as intolerable as those supporting ISIS or the Ku Klux Klan,” Shack added.

Unfortunately, the acceptance of anti-Israel views within the education system is something we are seeing more of these days in the Western world, with teachers and education staff being largely influenced by ideologies different to our own Christian beliefs. However, it is sad that someone who shares materials that are both illegal in Canada and dangerous to children would be allowed to continue in their position without any repercussions.

Just two weeks ago the government of Ontario, the province of which Toronto is the capital city, allocated $327,000 for teacher training and student support to combat anti-Semitism.

“Anti-Semitism is a scourge and historic evil that must be eradicated from our schools and communities,” said Stephen Lecce, Ontario’s minister of education said at the time. “We will fight anti-Semitism with every tool available to us to ensure that Jewish students feel safe and supported in Ontario schools.”

Clearly, having someone who is sharing materials that support suicide bombings against Israelis and other illegal actions from terrorist groups directed at the only Jewish state in the world is not a way for Ontario to make Jewish students feel safe. In fact, it sends completely the opposite message.