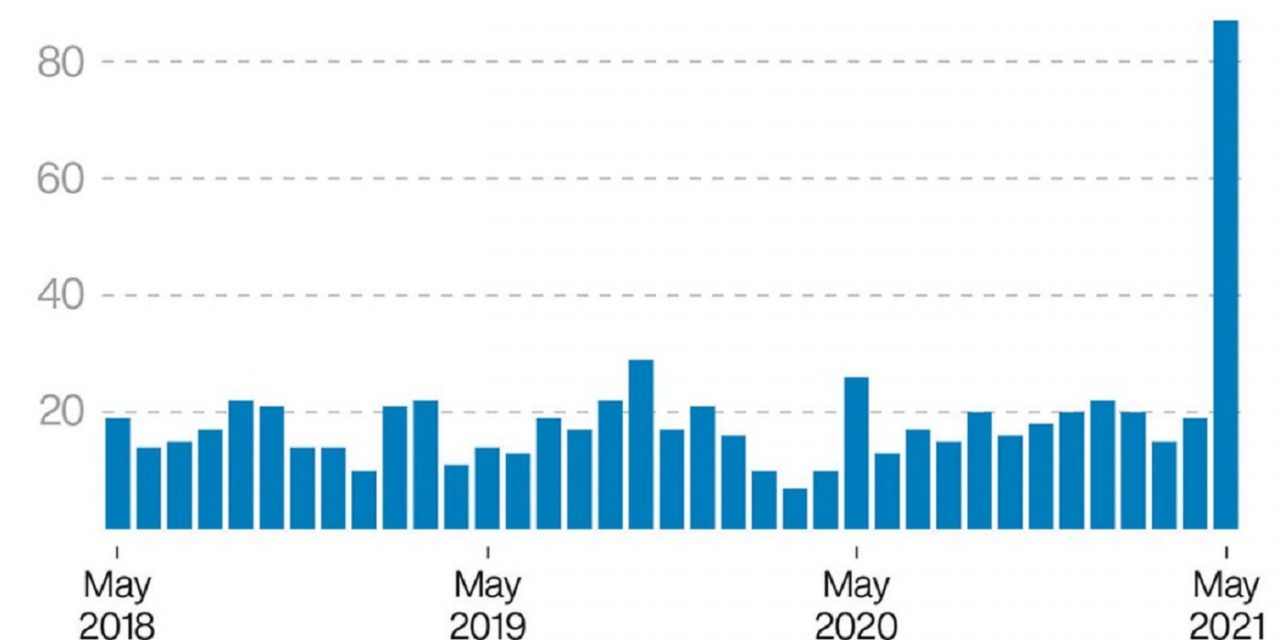 Violence against Jewish people in London reached a “worrying” level in May following escalating tension in the Middle East, new figures show.

Metropolitan Police data revealed that there were 87 incidents of violence in May – four times higher than any other month since 2018.

All the other months in three years saw levels ranging between seven to 22 incidents per month, the Met Police said. 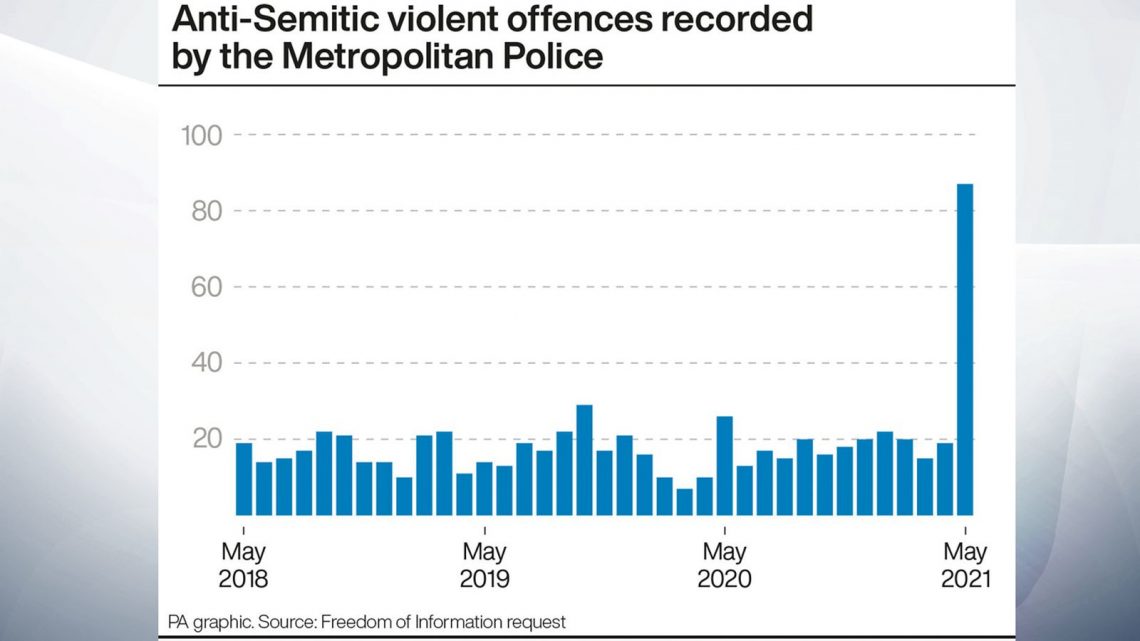 “Usually when it flares up in Israel, it flares up here locally,” said Chaim Hochhauser from Shomrim, a neighbourhood watch group that works to protect the Jewish community of Stamford Hill in north London.

“In May we had the Gaza war in Israel, so that is why it has flared up in England.

“During May, the Jewish community in Hackney were the target of many racially motivated attacks.

“One of these hate crimes targeted over 30 Jewish-owned vehicles whose tyres were slashed, this was pure hate crime as only the Jewish cars were targeted.”

According to the data reported by Sky News, 39 incidents involved male victims and 43 targeted women.

In one incident, police recorded rocks being thrown at a Jewish home in the capital and dozens of non-violent incidents were also recorded through May.