Thousands march in Paris after antisemitic murder of Jewish grandmother 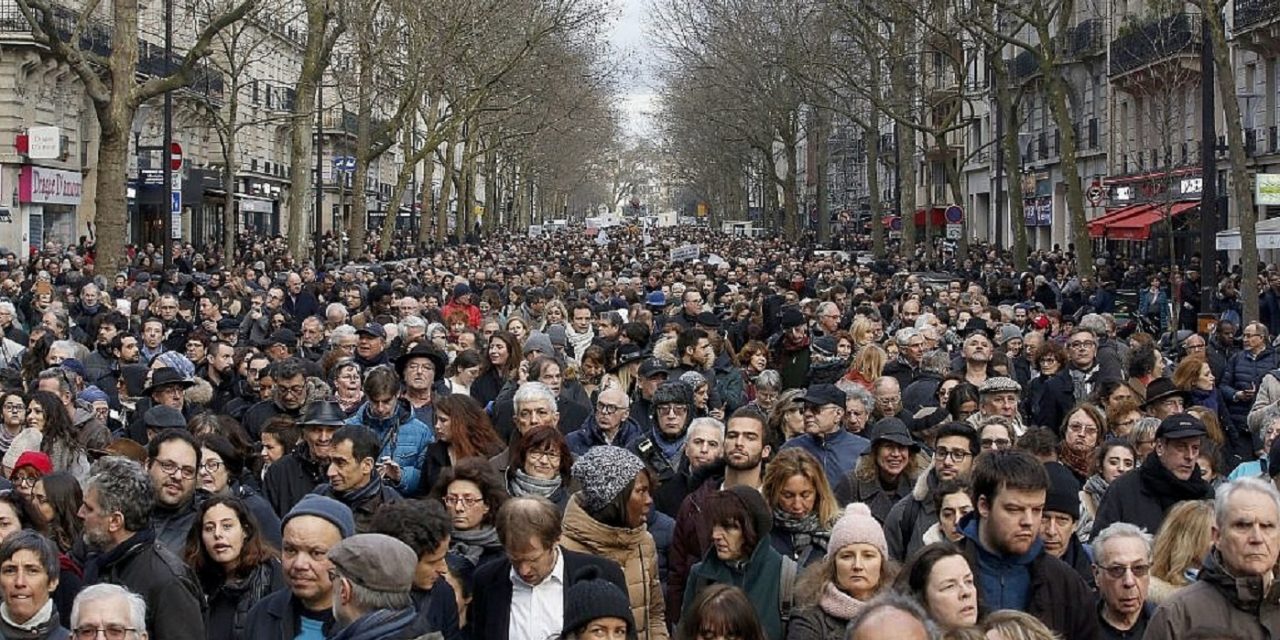 Around 30,000 people took part in a silent march in Paris yesterday in memory of an 85-year-old Jewish Holocaust survivor who was brutally murdered in an antisemitic attack in her flat.

The leaders of several political parties joined the march for Mireille Knoll, whose body was found at the weekend. Mireille, who escaped the mass deportation of Jews from France during World War II by fleeing abroad, was stabbed 11 times and then burned when her flat was set on fire.

Two people have been charged with no further information from authorities at this stage. According to reports, Marielle had filed police complaints against a local resident who had threatened to burn her.

Community leaders carrying white roses and politicians wearing their official sashes led the march from Place de la Nation to Kroll’s apartment building in the east of the capital.

One woman carrying a rose who gave her name as Annie said she had come to make a stand “for peace” and “against the savagery of barbaric people who are no longer human beings”.

Thousands march in Paris to pay tribute to Mireille Knoll, an 85-year-old Holocaust survivor who was murdered in a suspected anti-Semitic attack last week. https://t.co/p6E8KNNT9M pic.twitter.com/LnWORWx3jk

“In France, grandmothers are killed for being Jewish,” read one of the placards held aloft by participants.

Another sign listed Marielle alongside policeman Arnaud Beltrame and the three other victims of last week’s jihadist attack in southwest France, suggesting she too was targeted by radical Islamists.
peaking to BFM television from the scene, rabbi and writer Delphine Horvilleur, said that many in the Jewish community had felt a lack of empathy until now among the wider French population about the threat they faced.

“Today there was a need to feel that we are all together,” she said. 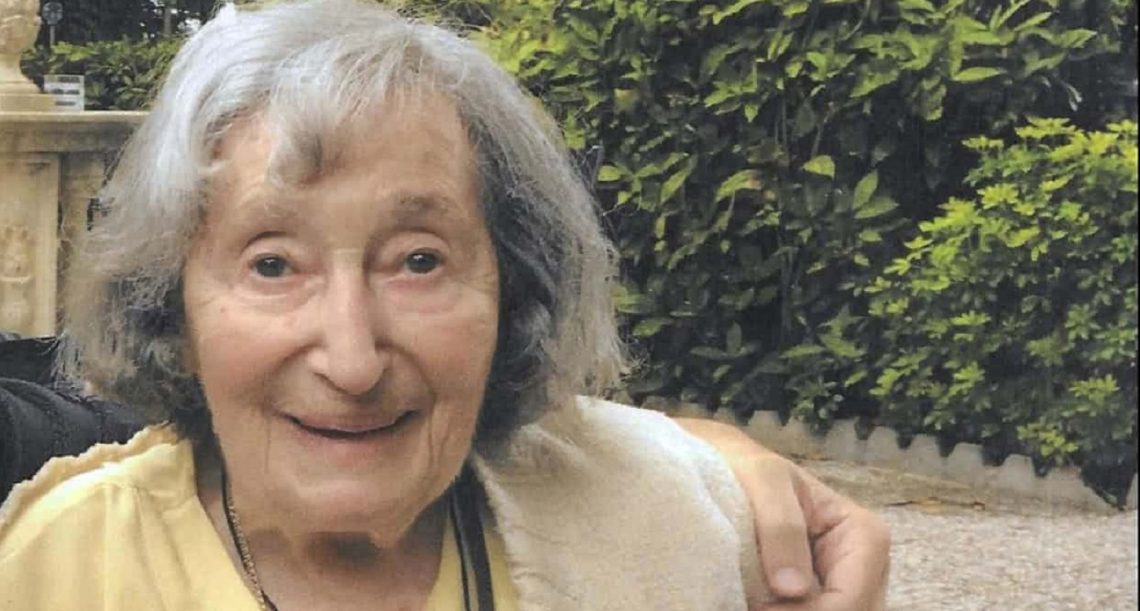 A vigil was also held in Jerusalem, where around 80 people, mostly French immigrants, gathered at Paris Square to light candles in Knoll’s memory.

The organiser of the vigil, Sabrina Moise, said that while she “loves France” she felt it was “no longer safe for Jews because of galloping anti-Semitism.”

Other gatherings took part across France including at Strasbourg, Lyon, Nantes, Bordeaux and Toulouse with the largest in Marseilles attracting around 800 people.
managed to escape the notorious 1942 roundup of more than 13,000 Jews in Paris by fleeing with her mother to Portugal when she was nine.

After the war she returned to the French capital and married a Holocaust survivor, who died in the early 2000s.

“What the Nazis were unable to do, criminals, thugs have done with the same hatred,” Haim Korsia, the chief rabbi of Paris, told AFP.

Her death comes a year after an Orthodox Jewish woman in her sixties was thrown out of the window of her Paris flat by a neighbour shouting “Allahu Akhbar”.

A judge confirmed just last month that the April 2017 murder of Sarah Halimi was motivated by anti-Semitism, a delay that rightly drew criticism from many Jewish groups.

Halimi’s murder reignited the debate over a new strain of anti-Semitism among radicalised Muslim youths in predominantly immigrant high-rise neighbourhoods.