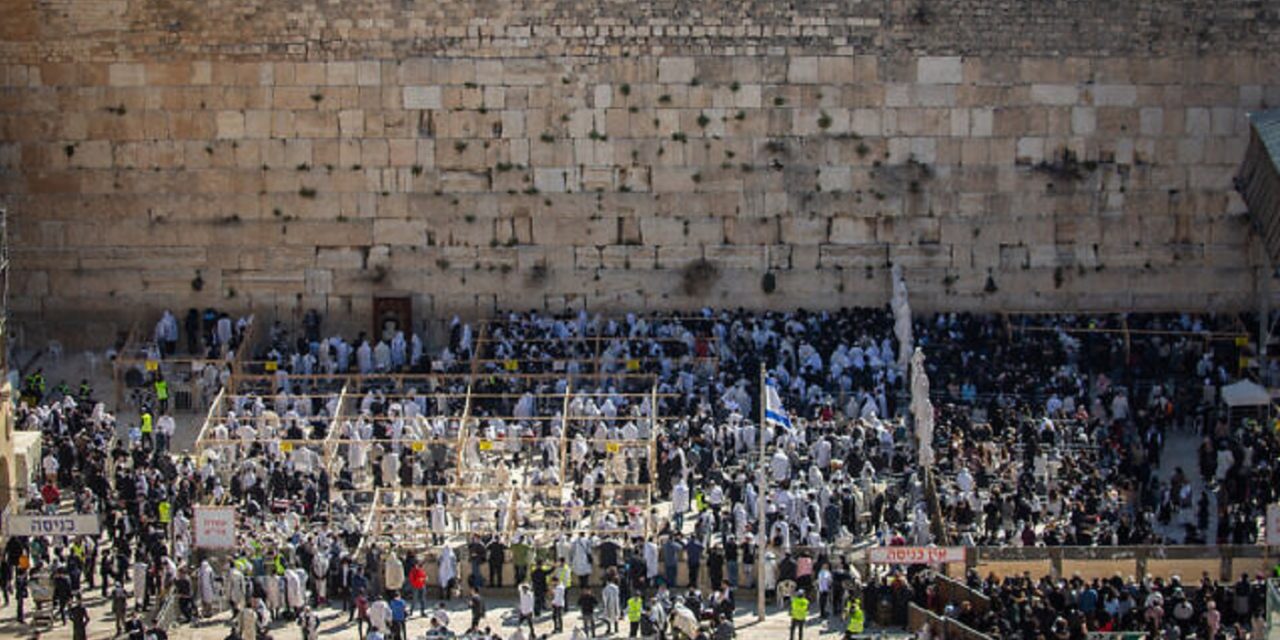 For the first time in a year and a half, thousands of people were able to attend the traditional priestly blessing event at the Western Wall in the Old City of Jerusalem on Monday, made possible by the rolling back of coronavirus restrictions ahead of the Passover festival.

Traditionally, tens of thousands of Jewish pilgrims make their way twice a year to the Western Wall in Jerusalem’s Old City, on the intermediate days of the Passover and Sukkot festivals, with crowds of men and women spilling out from the Wall’s plaza to surrounding areas.

As the COVID-19 pandemic reached Israel and the virus spread, mass public events were canceled, and last year, just a symbolic 10 people were permitted to gather at the Western Wall to perform the ceremony, part of the special holiday prayers.

Last year, such a gathering was impossible due to #COVID19, so it's especially thrilling to see this massive prayer taking place again.pic.twitter.com/rwsLfMHCkx

The Western Wall is the closest spot to the Temple Mount where Jews can pray. Though they may visit the Mount, where the two ancient Jewish Temples stood, Jews are not allowed to pray at the holy site, which is overseen by a Jordanian custodian.