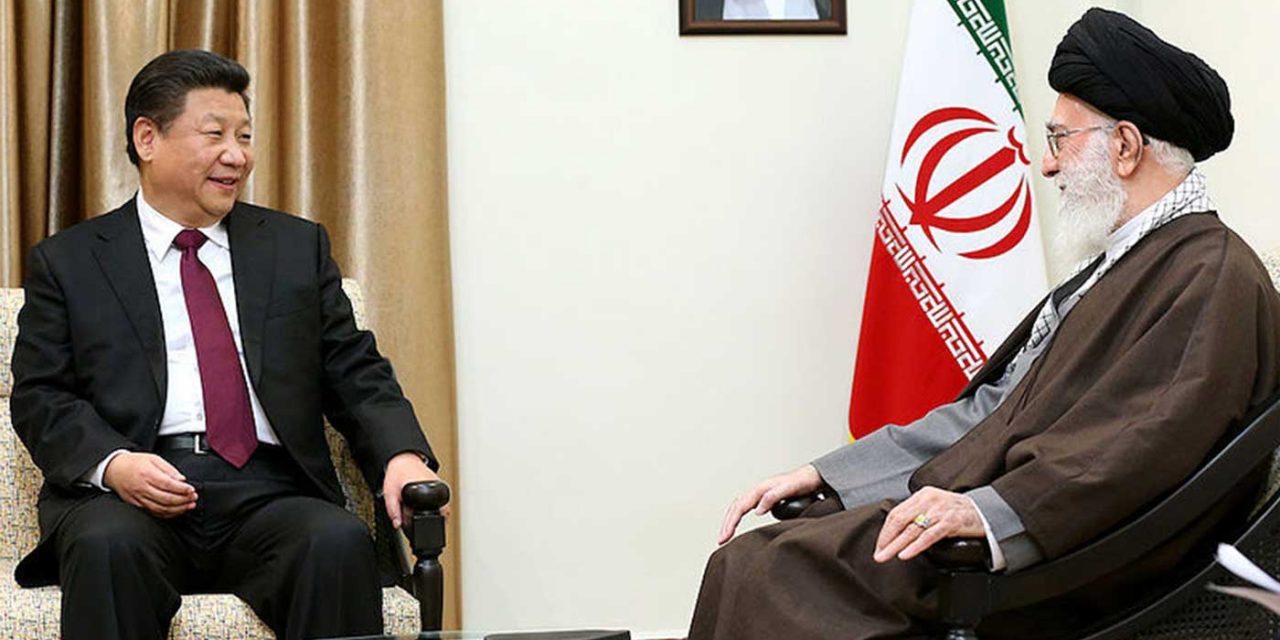 China and Iran have signed a 25-year cooperation pact which includes many details that should concern those who defend Israel, including the military intelligence cooperation between the two countries and funding of the Iranian regime which sponsors terrorism through the Middle East.

The agreement, dubbed the Comprehensive Strategic Partnership, covers a variety of economic activity from oil and mining to promoting industrial activity in Iran, as well as transportation and agricultural collaborations, according to Iranian state media.

The New York Times reported that China will invest some $400 billion in Iran in exchange for oil as part of the deal. The two countries will also step up military cooperation with joint training, research and intelligence sharing, the report said.

The deal signed last Saturday could undermine US leverage over Iran regarding negotiations for JCPOA (Iran Deal) and could lessen America’s influence in the region.

The Biden Administration is currently trying to coerce Iran back to the negotiating table. The US currently has sanctions on Iran which are said to be crippling their economy, however, this injection of funding from China could help Iran weather this storm more effectively.

China is the second world power to have a long term agreement with Iran. Russia is the there country that signed a 10-year cooperation agreement with Iran in 2001 and extended it every five years. The agreement is still in place today and mainly focuses on the nuclear field.

China’s deal with Iran is much more extensive that that, however, and even includes support for tourism and cultural exchanges.

China and Iran have enjoyed diplomatic relations for the past 50 years and share warm relations. China, Russia and Iran have conducted military exercises together in the past few years, most notably with their navies in the Indian Ocean.

The major concern for Israel in this is the military intelligence cooperation between the two countries.

“One of the most worrying clauses in the agreement between Iran and China is the intelligence sharing,” the head of the Institute for National Security Studies told the Ynet news site.

The full details of the final agreement have not been released, but Yadlin said that with that clause, reported to be in a draft last year, “China is putting itself in a place that, until today, it had not been before.”

“On a fundamental level, China opposes an Iranian nuclear bomb, but on the other hand, it is not helping to stop Iran,” said Yadlin. “Iran, too, needs the political support which China has to stop the United States from pressuring it.”

“The Chinese understand that the Biden administration is not the Trump administration, and they can be much more aggressive,” he added.