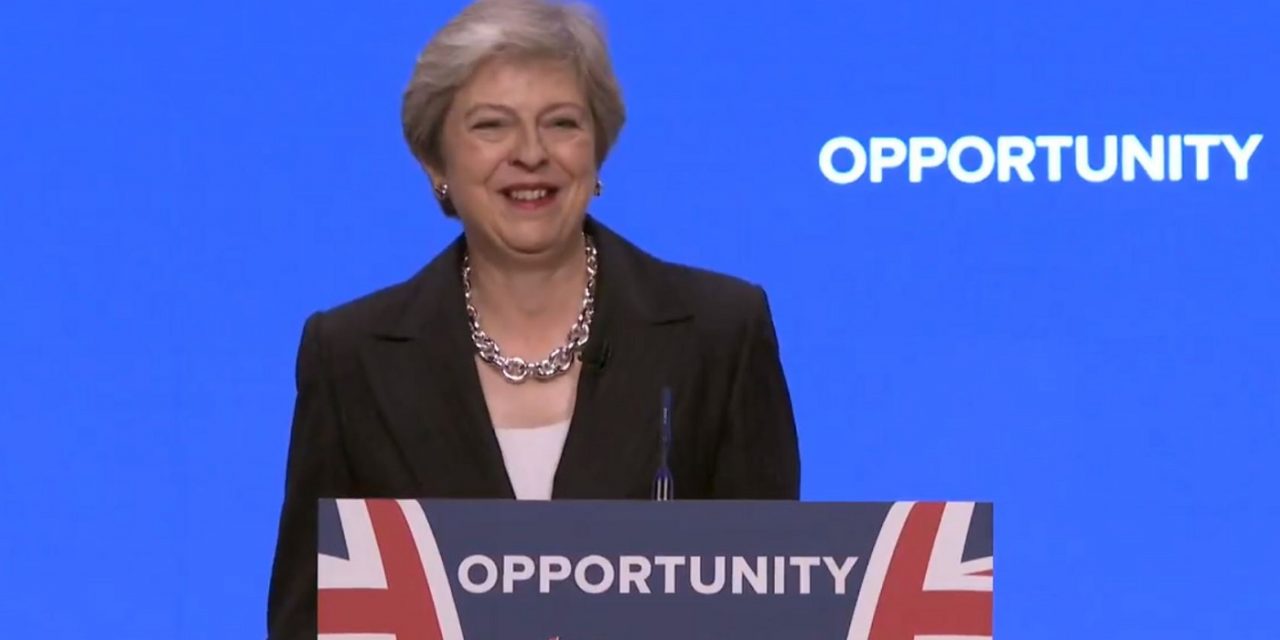 Theresa May used her keynote speech at the Conservative Party conference to take aim at Jeremy Corbyn over Labour antisemitism, claiming his Labour party offered only “bogus solutions”.

The Prime Minister  hit out at Mr Corbyn and his allies, highlighting the bitter row over antisemitism and claiming the current Labour leadership rejected the “common values” once shared by both main parties.

“What has befallen Labour is a national tragedy,” she said.

Comparing Mr Corbyn to his predecessors, the Prime Minister said: “Would Neil Kinnock, who stood up to the hard-left, have stood by while his own MPs faced deselection, and needed police protection at their Party conference?

“Would Clement Attlee, Churchill’s trusted deputy during the Second World War, have told British Jews they didn’t know the meaning of anti-Semitism?”

She added: “What has it come to when Jewish families today seriously discuss where they should go if Jeremy Corbyn becomes Prime Minister?

“When a leading Labour MP says his party is ‘institutionally racist’?

“When the leader of the Labour Party is happy to appear on Iranian state TV, but attacks our free media here in Britain?

“That is what Jeremy Corbyn has done to the Labour Party.

“It is our duty, in this Conservative Party, to make sure he can never do it to our country.”

In a clear pitch for mainstream voters she claimed were “appalled” by Mr Corbyn, she said she wanted the “decent, moderate and patriotic” Conservatives to be “a party for the whole country”.

On Sunday, Brexit Secretary Dominic Raab told the Conservative conference that the experiences of his father, who fled the Nazis aged six, has inspired him to fight anti-Semitism “until my last breath”.

Raab, who took over from David Davis in July, grew up in Buckinghamshire and used his speech at this week’s rally to recall his Czech-born father Peter’s early passage to England to underscore his determination to fight anti-Semitism.

He told the conference that his father “grew up knowing that his grandmother, grandfather, most of his relatives, the loved ones he left behind, had been systematically slaughtered for no other reason that that they were Jews”.

Raab said his father “never forgot what happened to his family,” adding: “I will honour his memory by fighting the scourge of antisemitism and racism until my last breath”, before receiving a standing ovation.