Brexit Secretary: “I will honour my father’s memory by fighting anti-Semitism ‘until my last breath'” 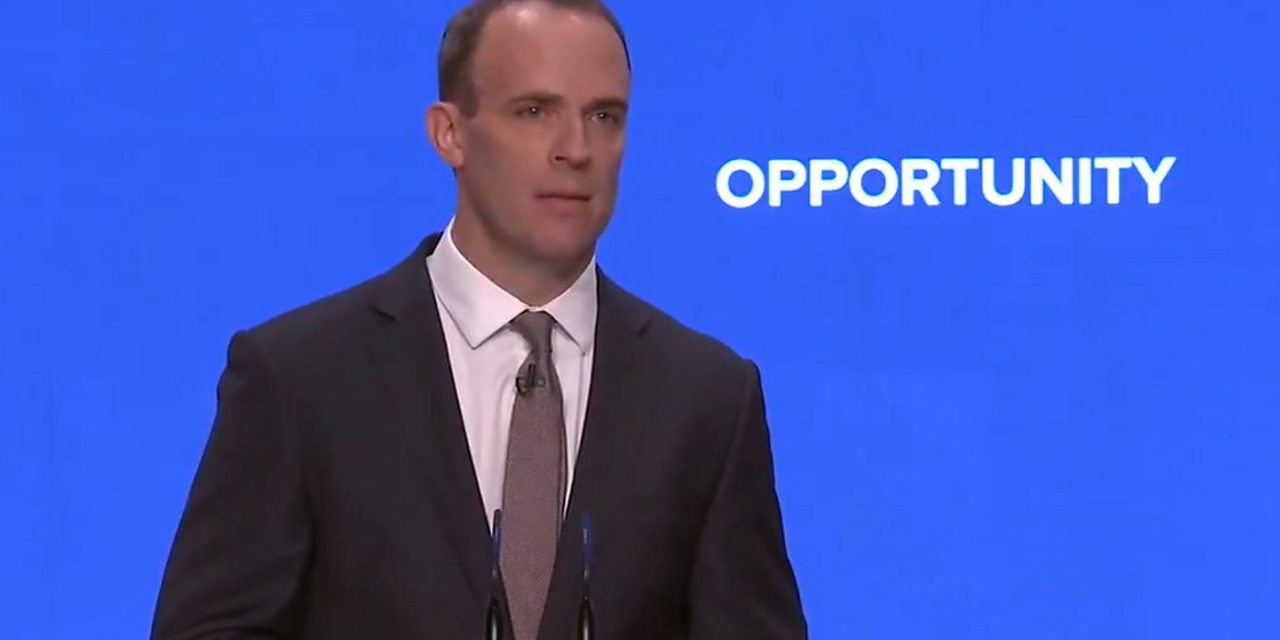 In a moving moment in the Brexit Secretary’s speech, Dominic Raab told the Conservative conference that the experiences of his father, who fled the Nazis aged six, has inspired him to fight anti-Semitism “until my last breath”.

Raab, who took over from David Davis in July, grew up in Buckinghamshire and used his speech at this week’s rally to recall his Czech-born father Peter’s early passage to England to underscore his determination to fight anti-Semitism.

MUST, MUST, WATCH-Been away for a few days in Israel and had to watch events unfold at the Labour conference with a growing sense of frustration and anger! So it is incredibly reassuring and welcome to see and hear some common sense on antisemitism and Israel coming from the Conservative party conference in the form of Dominic Raab MP. This you will want to watch till the end!(Note, no Palestinian flags!)

Posted by Sussex Friends Of Israel on Monday, 1 October 2018

He told the conference that his father “grew up knowing that his grandmother, grandfather, most of his relatives, the loved ones he left behind, had been systematically slaughtered for no other reason that that they were Jews”.

Raab said his father “never forgot what happened to his family,” adding: “I will honour his memory by fighting the scourge of antisemitism and racism until my last breath”, before receiving a standing ovation.

A solicitor by training, Raab worked in Ramallah during the summer of 1998 and helped the principal Palestinian negotiator on the Oslo Accords, later returning to the UK to work on the Arab-Israeli desk at the Foreign Office.

Raab, who voted for Britain to leave the EU, has spoken about his father before, most notably in discussions about immigration in the run-up to the Brexit referendum, saying: “I like the fact that we are a melting pot, I just worry about the impact.”

His conference floor reference to antisemitism was expected to be a running theme this week, as Tories take turns to attack Labour over their record of antagonising the Jewish community by perceived inaction over the past three years.