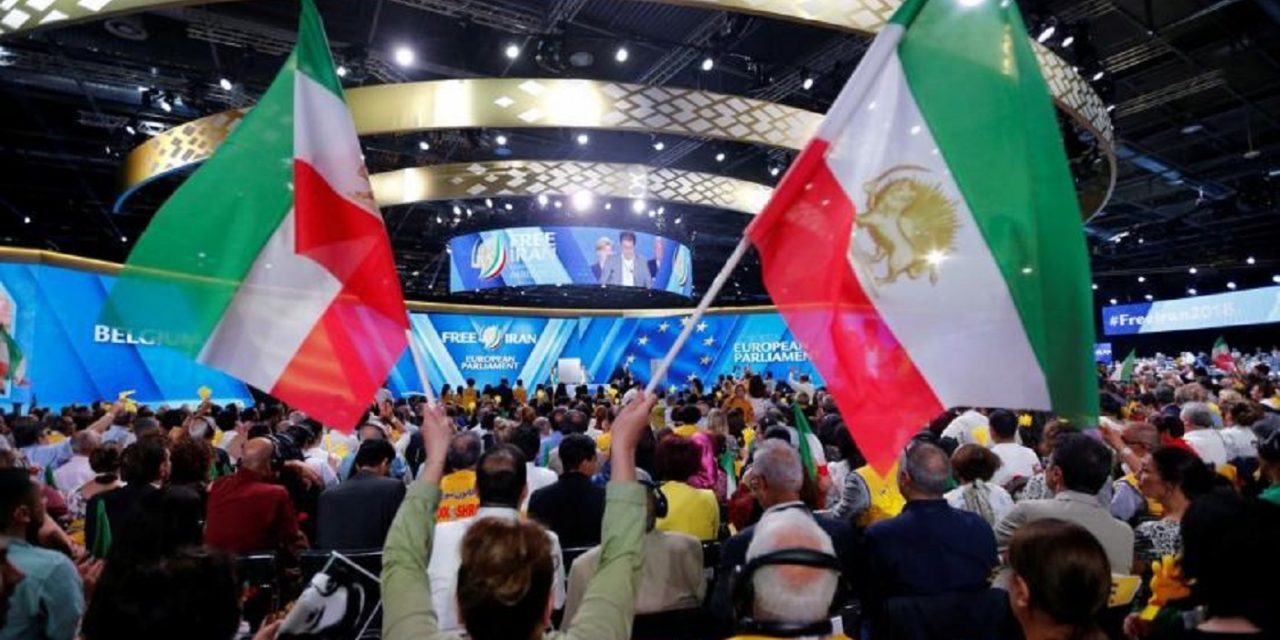 France has frozen assets belonging to Iran’s intelligence services and two Iranians in response to an alleged plot to bomb a meeting of Iranian opposition supporters near Paris last June.

The plot was reportedly thwarted by Israel’s Mossad spy agency.

“This extremely serious act envisaged on our territory could not go without a response,” France’s interior, foreign and economy ministers said in a rare joint statement.

“In taking this decision, France underlines its determination to fight against terrorism in all its forms, particularly on its own territory,” they added.

The decree announcing the asset freezes on Iran’s ministry of security and intelligence and on two Iranian men was published in the government gazette. It identified one of the men as Assadollah Asadi, a 47-year-old Iranian diplomat who was arrested over the bomb plot last month and is set to be extradited from Germany to Belgium for prosecution.

Asadi was targeted by France for the six-month asset freeze on Tuesday, along with another man named as Saeid Hashemi Moghadam.

The cell, headed by the Iranian diplomat at the Austrian embassy in Vienna, also consisted of  two Belgian nationals and an alleged accomplice in France. They planned to bomb a June 30 conference organized by an Iranian dissident group, the People’s Mujahedeen of Iran (MEK).

About 25,000 people attended the rally in the Paris suburb of Villepinte.

The Mossad, in conjunction with its counterparts from Belgium, France, and Germany, led a hunt that crossed several European borders and prevented the bombing, Hadashot TV news reported last month, without giving sources.

The operation included tracking the suspects and eavesdropping on them, the report said.

Iran has denied any involvement in the alleged bomb plot and said the MEK had orchestrated the plot to discredit Iranian President Hassan Rouhani as he embarked on a tour of Europe.

The countermeasures by France could have major diplomatic repercussions at a time when France is working to keep Iran in the 2015 accord to limit its nuclear program amid major tensions in the Middle East.

The MEK, formed in the 1960s to overthrow the shah of Iran, fought the rise of the mullahs in Tehran following the 1979 Islamic Revolution.

It earned itself a listing as a “terrorist organization” by the US State Department in 1997 and was only removed from terror watchlists by the European Union in 2008 and by Washington in 2012.