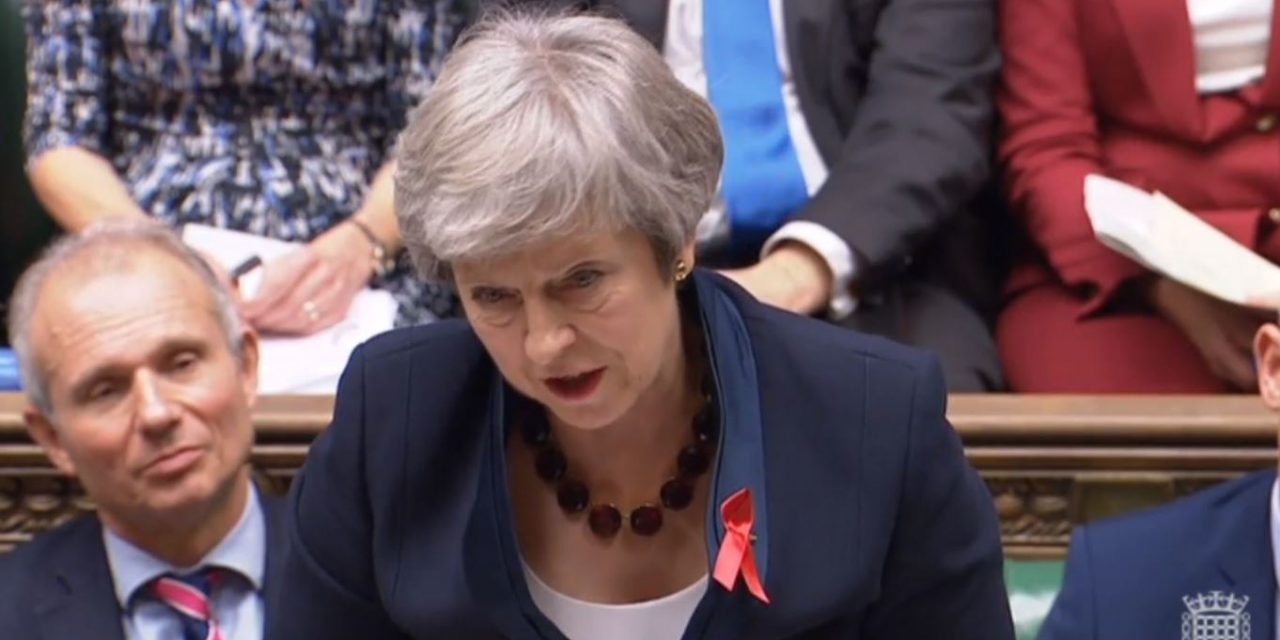 Theresa May used a question at Wednesday’s Prime Minister Questions to single out Israel’s “treatment of Christians”, despite Israel being the safest place for Christians in the Middle East.

The question, posed by the strong critic of Israel, Conservative MP Desmond Swayne, asked about “religious persecution in the Holy Land” and whether May welcomes the upcoming visit of the Patriarch of Jerusalem.

May highlighted the challenges experienced by “Muslim and Christian” Israelis, particularly in poverty, unemployment and discrimination and encouraged the Israeli government to uphold the values of equality for all.

There was no mention of the dramatic fall in the number of Christians in the Gaza Strip, which has plummeted from 4,500 to 1,000 in the past six years.

In October, Netanyahu to the Christian Media Summit that “Israel is the only country in the Middle East where the Christian community thrives and grows,” and criticised the treatment of Christians by the Palestinian Authority.

He continued, “You know the town of Bethlehem? Yes. You have a connection to it. We all do. And among other things, we have a connection to King David, the history of Ruth as you know, but also the story of Jesus. Now, Bethlehem had when we handed it over to the Palestinian Authority a Christian population of roughly 80%. Now it’s about 20%. And that change happened because in the Palestinian Authority areas, as well as throughout the Middle East, Christians are being constricted, they’re being pressured, also they’re being persecuted.”

The World Watch List, produced by Christian NGO, Open Doors, lists the Palestinian Territories as 36 its list of 50 countries where Christians are most persecuted because of their faith. Israel, often described as the safest place in the Middle East, is unsurprisingly not listed.

Their 2018 List explains that whilst Christians are affected by the Israel-Palestinian conflict, the greatest impact is caused by radical Islam.

‘We’ll get you soon, O worshippers of the cross’ was found written on the walls after vandals attacked church in Gaza in February 2014. Though small, the attack had a major impact on the tiny Christian community there. Combined with regional developments – including attacks on Christians and churches in Syria and Egypt – it has led to a reduced level of safety for believers who notice a difference in the way fellow citizens view them, pointing to a lack of respect. They wonder who will defend them and where to run to. Due to the conflict in the region, and the stagnating peace process, such tensions often go unnoticed.

The situation is a little better for Christians in the West Bank where the ruling Fatah party is formally based on secular principles and Christians enjoy several rights. In Gaza, however, though Christians are largely tolerated by Islamist Hamas, their rights are neither upheld nor protected. The Palestinian Basic Law states that the official religion is Islam and Sharia is the main source of legislation.

In addition to the discrimination, fear is also growing amidst a general context of political unrest and the increasing influence of radical Islam in the Middle East. Christians face threats from radical Islamic vigilant groups, as shown by the attack on the church in Gaza. At more mosques, the volume of loudspeakers is higher and more women are wearing the veil, including Christian women who feel the pressure to cover up.

In Gaza, some members of the historical churches are vulnerable for conversion to Islam because, in the first instance, they don’t see the difference between Christianity and Islam. They are Christian by birth and not necessarily out of choice. They convert because they feel trapped, cannot stand the threats, or are lured with offers of housing, wives, jobs or diplomas. Once converted, many of them soon regret it. The ties with their Christian identity turn out to be stronger than they thought. However, in Islam it is not easy for a convert to return to their former religion.

Of all types of Christians, BMBs face the most severe persecution. In the West Bank, they are threatened and pressured; in Gaza, their situation is so dangerous that they live their faith in utmost secrecy. Children whose parents have converted are likely to be harassed or discriminated against, and if a Christian married to a Muslim is divorced, he or she would be excluded from having custody of the children. BMBs cannot officially gather as a congregation nor can they openly join existing churches. Nevertheless, the number of such believers is growing slowly.