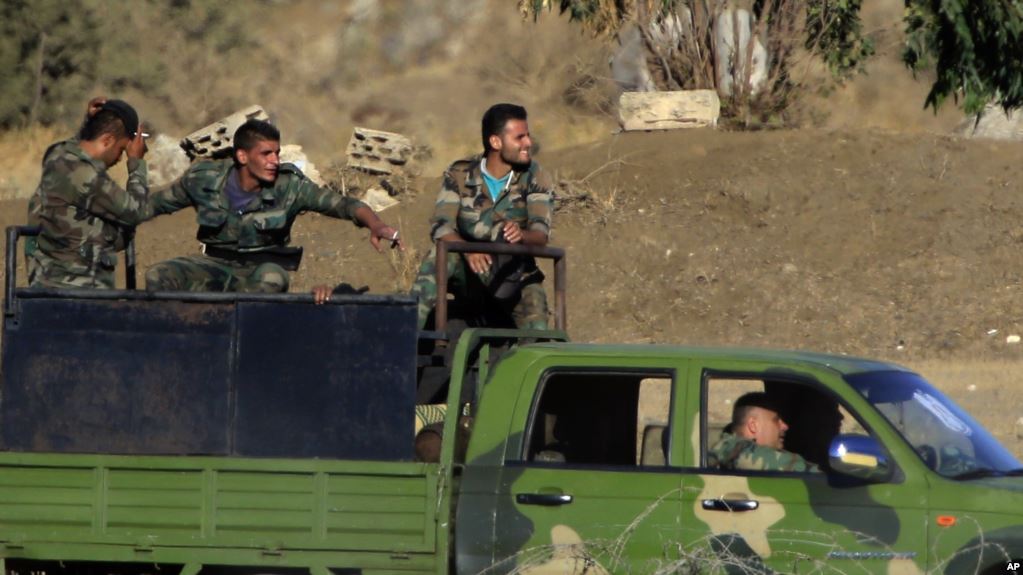 Two new Syrian military divisions, trained and led by officers of Iran’s Islamic Revolutionary Guard special forces, the Al-Quds Forces, have been mobilized on Syria’s borders, according to a  i24NEWS reported on Monday.

Each division numbers more than 10,000 men, said i24NEWS French service’s defense correspondent Mattias Inbar. One has been sent to the border with Iraq, the second is currently at the border between Syria and Israel.

According to i24NEWS, these troop movements, which represent “a real danger on the northern border”, is understood to be one of the reasons Israeli Prime Minister Benjamin Netanyahu denounced calls for early elections last week as “irresponsible”.

The latest revelations could explain in part why ministers opposed to Netanyahu’s decision to hold back taking further action in Gaza, toned down their criticism. While it is clear that the Gaza situation remains of most concern to Israel’s security establishment, there are increased fears that the Jewish state could face a war on two or more fronts in the near future.

The IDF is currently in the middle of a 10-day training exercise simulating a confrontation with Hamas in the south and Hezbollah in the north. It comes amid an ongoing spat within the IDF over the army’s readiness for war.

Source: I24 with edits