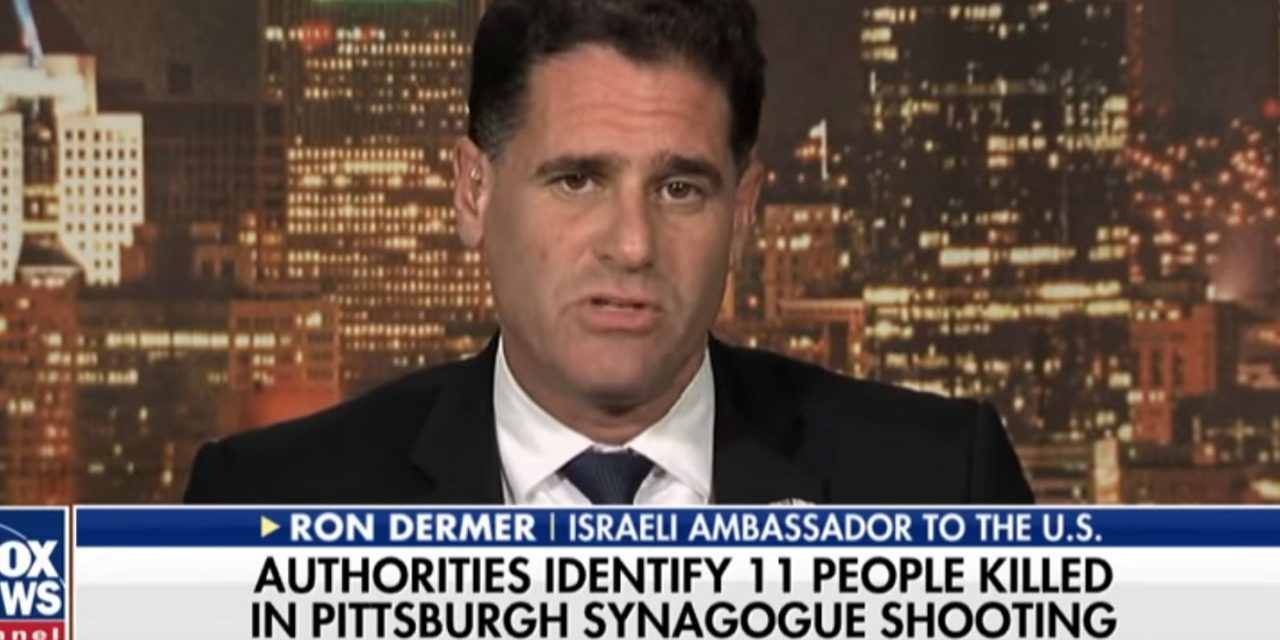 Israeli ambassador to the U.S. Ron Dermer told Fox News this weekend that people who blame President Donald Trump for the attack should “study history.”

“Anti-Semitism did not begin in 2016. It’s been going on for many centuries – about 25 centuries. And Donald Trump is not responsible for the anti-Semitism that has existed really in the United States in an increased fashion over the last couple of decades,” the ambassador said.