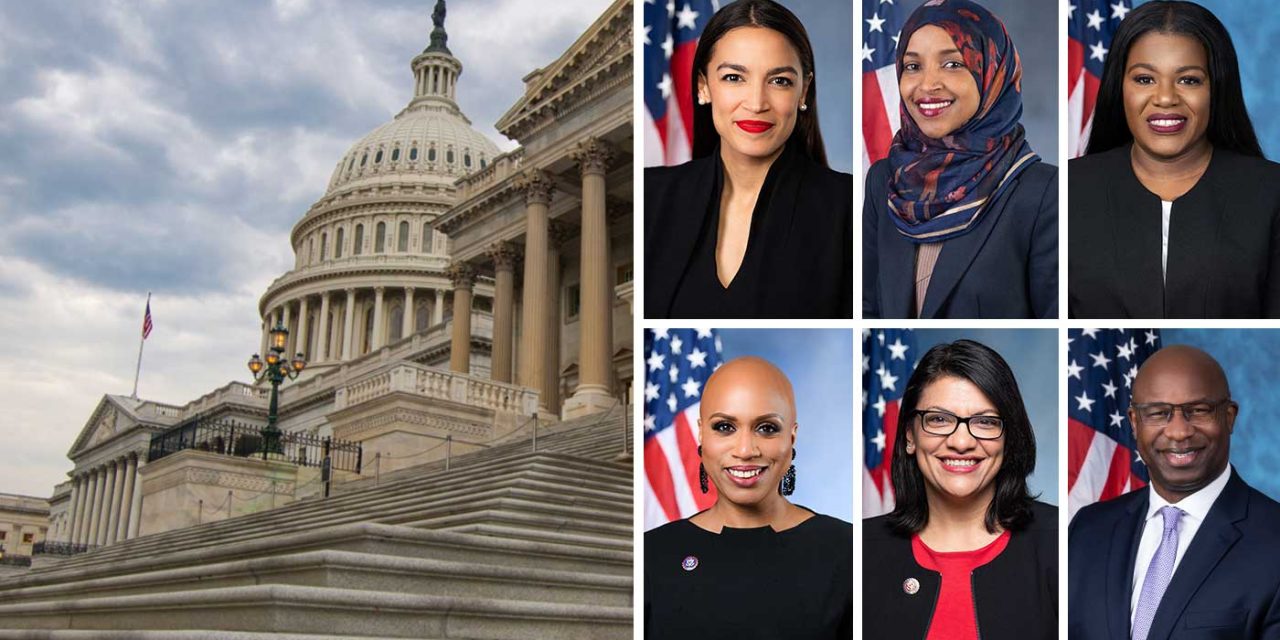 There have been round condemnation of ‘The Squad’, a quartette of far-left Democratic politicians, who this week used their influence to have funding for Israel’s Iron Dome removed from a bill in Congress.

The move will hopefully be rectified with a dedicated bill for funding Israel’s Iron Dome defence system, but it shows that the Israel haters have abandoned any pretence of appearing to be pro-peace.

Israel’s Iron Dome missile defence system has never killed or hurt anyone. It is purely defensive. Developed in partnership with the United States, this technological wonder tracks the trajectory of incoming missiles and rockets, makes a decision as to whether or not such projectiles pose a threat to human life, and if so, fire off a missile that knocks the incoming rocket out of the sky.

Without Iron Dome, Israel’s only recourse for stopping terrorist rockets would be to destroy the projectiles on the ground. As logical an approach as this may be, given that Hamas and other terrorist groups in Gaza like to fire rockets from Palestinian civilian population centres, destroying the rockets on the ground would invariably lead to the loss of Palestinian life. Put simply: Iron Dome saves countless Israeli and Palestinian lives.

One might then be surprised to learn that on Tuesday allegedly pro-peace, pro-Palestinian Members of the House of Representatives held a critical US budget bill hostage until Democratic leadership acquiesced to removing an appropriation that would have replenished Israel’s stockpile of Iron Dome missiles. But that’s exactly what happened.

For those of us a little unfamiliar with American politics; the Squad, as they are called, are six far-left Democrat politicians who hold similar views to far-left politicians in the UK, such as Jeremy Corbyn.

Some of these names may be familiar to you as a few of them have gained notoriety across the pond and around the world, especially in far-left circles and on social media.

The chamber approved the plan in a 220-211 vote. All Democrats voted for it and all Republicans opposed it. (If the Squad had opposed the bill the Democrats would have lost 214-217).

To put this into context, this was a bill that would have shut down the US government if it didn’t pass. And funding for Israel’s Iron Dome was just a tiny percentage of the budget and something President Biden has publicly promised to give to Israel. The Squad put their hatred of Israel above their own party and the apparent wellbeing of their own country.

While Republics did not support the bill in its entirety for a number of different reasons, one area they did support was the funding of Isreal’s Iron Dome. Especially as the US is now paying Israel for Iron Dome technology to be used by the US military to save American lives.

Democrats and Republicans in Congress roundly condemned this abominable move by the Squad.

It raises the question, “What exactly were these Israel haters hoping to achieve?” Would they prefer Hamas rockets to have a higher success rate when they are fired at Israeli civilians? Do they long for a higher body count on both sides?

CUFI’s Washington office swiftly issued a statement condemning The Squad’s anti-peace, anti-Palestinian and anti-Israel move, and likewise criticised the House Democratic leadership for capitulating to The Squad’s unmasked hatred of the Jewish State.

“The sole purpose of the Iron Dome system is to protect innocent civilians from terrorist rocket attacks. While we understand the additional Iron Dome funding will be included in the forthcoming defence appropriations bill, these critical funds will now unnecessarily be further delayed. Those who refused to support the CR because it included funds for a purely defensive system have shown once again that they are neither pro-Palestinian nor pro-peace, they are simply anti-Israel,” said CUFI Action Fund Chairwoman Sandra Parker.

“There is no spin, no Washingtonian explanation, no excuse whatsoever that merits opposition to Israel’s missile defence system. The simplest explanation is the accurate one: there are fringe members of Congress who despise Israel’s existence, and today, their party’s Congressional leadership buckled to their blatant, vile hatred,” Parker said.

“During his remarks at the United Nations, President Biden reaffirmed America’s “unequivocal” support for Israel. Speaker Pelosi must decide who leads her party, the President of the United States or the fringe Democrats who held the CR hostage to block a lifesaving tool simply because they hate Israel,” Parker added.

Thankfully, the adults in the room have promised that an independent vote on US support for the Iron Dome system is going to happen in the coming days to make amends for this abhorrent act.

We look forward to the vote on the support of the Iron Dome system. It will be one of those rare clear-cut moments in Congress where the bill will not have multiple items but instead will be focused only on this one thing, making it easy to discern whether or not an elected official has a disagreement with this or that policy, or in reality hopes for the destruction of the Jewish state.