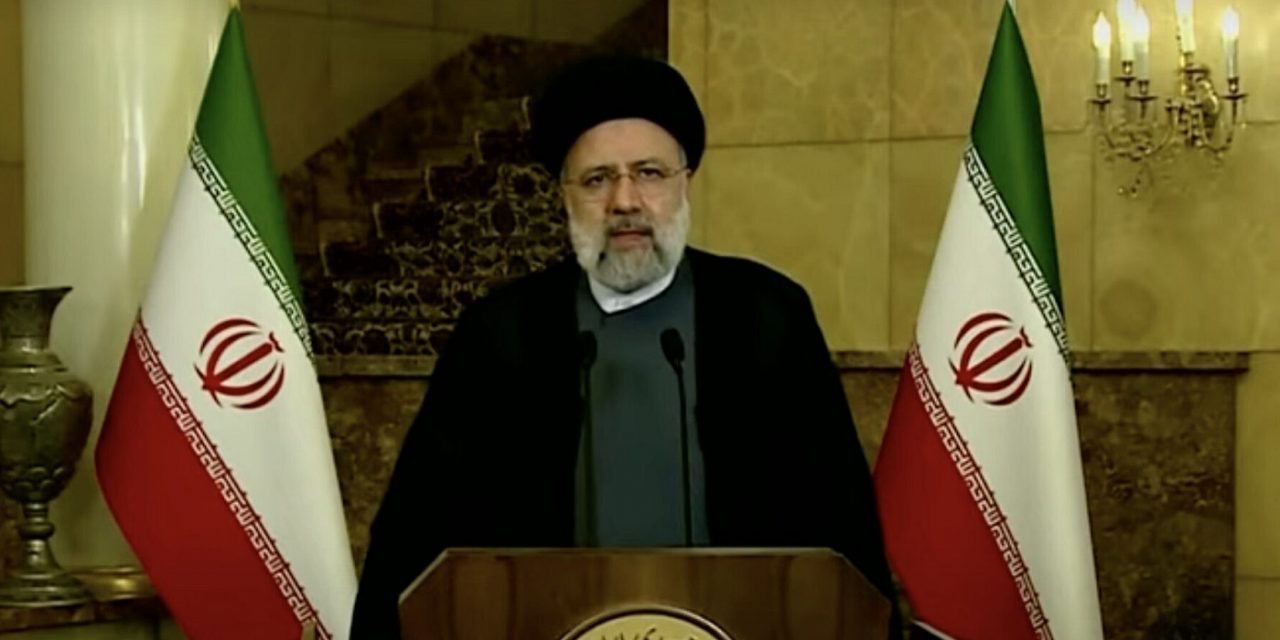 Israel’s Foreign Ministry lambasted Iranian President Ebrahim Raisi as the “butcher of Tehran” after his speech at the United Nations General Assembly in New York Tuesday.

“The regime of the Iranian ayatollahs is a clear and immediate danger to the Middle East and to world peace,” the Foreign Ministry said in a statement.

“The new government in Iran — headed by the ‘butcher from Tehran’ Raisi, and in which most of its ministers are suspected of terrorism and are on the sanctions lists throughout the world — is the extremist face of a regime that has hurt Iranian citizens for more than 40 years, funds terror and destabilizes the whole Middle East.”

Inside the UN building, Iran’s president continues to lie to the world #UNGA; outside on the streets of NYC, we all know the truth: #RaisiTerrorist pic.twitter.com/pOuWPYIkIj

The statement added that Iran’s new president is trying to beguile the international community with a “speech full of cynicism and lies.”

In his speech, Raisi denied nuclear weapons had a place in Iran’s “defense doctrine and deterrence policy.” He railed against US sanctions on Iran, saying that “sanctions are the new US way of war with the nations of the world.”

He also pointed to the nuclear talks in Vienna, which Iran said will restart, as a way to remove these sanctions.