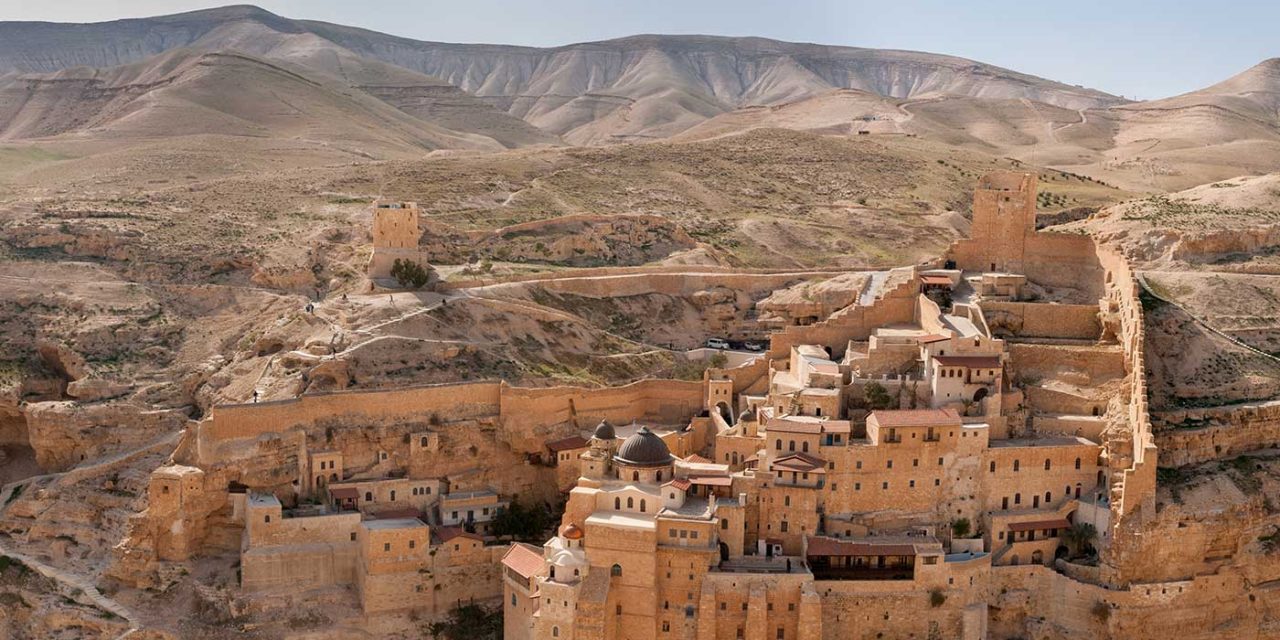 For centuries the land of Israel has been concealing treasures hidden deep beneath its surface. These treasures hold the key to understanding the Jewish history in the land and reveal the truth of the Bible.

Now that the Jewish people have returned to Israel, the land has come back to life. Thriving communities now inhabit once abandoned lands; barren deserts overflow with bountiful harvests and the treasures of the past are once again rising to the surface.

There are countless archaeological discoveries that have been made in recent years, such as the numerous 4th-century coins discovered from the rubble of the Temple Mount (illegally removed by the Islamic Waqf in the 1990s) that contain the Hebrew letters “ydh” or “Judah”.

There is also the 2,000-year-old stone pillar that was discovered in October last year that spells the word “Jerusalem” exactly the same way as modern Israelis spell the word.

Just think, the anti-Semitic claim is that today’s Israelis are “invaders” who have no connection to the land of Israel. However, this pillar was inscribed 100 years before Jesus walked the earth, and yet a modern day Israeli can read it perfectly.

Another discovery that was revealed this year is of a tiny clay seal used by officials to press into melted wax. The inscription on the seal reads, “LeNathan-Melech Eved HaMelech”
In English, this translates to: “(Belonging) to Nathan-Melech Servant of the King”.

The name Nathan-Melech is rare but is mentioned in the Bible in 2 Kings 23:11, where he is described as an official in the court of King Josiah.

Before the seal’s discovery, archaeologists had already ascertained that the ruins they were excavating were from the mid 7th Century BC, which is during the period King Josiah reigned.
What’s more, the discovery was made inside a room that was part of a large house that had been identified as the home of an official. The house had been destroyed by a fire, with wood timbers and various pieces of pottery showing fire damage. This would link with the Babylonian destruction of Jerusalem in 586 BC, just 23 years after the death of King Josiah.

This is an ancient seal that is inscribed in Hebrew, belonged to a Jewish official of a Jewish King and was discovered in the heart of Jerusalem, the capital city of the Jewish people and is dated more than 1,000 years before the founding of the religion of Islam.

Sadly, despite all the evidence, there are powers in the world that seek to undermine the Jewish right to their city and who refute the facts on the ground. Significantly, they are trying to refute the truth of the Bible.

Last year, a leaked EU document was published accusing Israel of trying to push a “narrative” of the Jewish presence in Jerusalem “at the expense of other religions and cultures”.

The report, published by the European Union Heads of Mission in Jerusalem and made public by The Guardian, accused Israel of using archaeological digs in east Jerusalem “as a political tool to modify the historical narrative and to support, legitimise and expand settlements”.

Israel does not need to “modify” anything. The truth is that Israel’s archaeological work is unearthing historical fact which reveals the Jewish connection to the land. Israel does not need to defend its “settlements”, in fact, that word should not be used when talking about the Jewish people. Israel belongs to the Jews and their roots run deep into the land, even in areas where they are currently being denied.

On top of this, Israel is also doing more than any country in the Middle East to preserve the historic religious sites of their nation, regardless of which religion. Israel continues to safeguard Muslim holy sites in Jerusalem.

By contrast, the Palestinian leadership is constantly denying Jewish history in the holy city and continues to incite violence against Israel. The Palestinian Authority has repeatedly told its people that the Temple Mount, which is the holiest site in Judaism, is exclusively Muslim and that Jews are trying to “Judaise” the site.

The European Union is not the only organisation trying to dispute the historical facts. The UN proudly wears the crown as the chief revisionist of Jewish history.

UNESCO, the United Nation’s Educational, Scientific and Cultural Organisation, is revered as an authority on historic sites by the global community. UNESCO is the organisation that decides which sites will be inscribed on the World Heritage List, so when UNESCO themselves ignore facts and change the history of a site, it shows there is corruption within the organisation.

This corruption is caused by anti-Israel politics which is fuelled by anti-Semitism. UNESCO is a committee within the United Nations. Representatives from different countries preside over the committee and vote on resolutions. Anti-Israel governments are using UNESCO to score political points against Israel and in doing so they are eroding the reputation of UNESCO and changing the historical facts.

Sadly, UNESCO resolutions are responsible for removing the Hebrew names from some of Judaisms most holy sites. The Temple Mount is no longer named by its Hebrew name, but instead only by its Islamic name, “Haram Al Sharif”. The Tomb of the Patriarchs, which contains the graves of Abraham, Isaac and Jacob is now listed by UNESCO as a “Palestinian site”. And Rachel’s Tomb is referred to as a “mosque”.

The danger of these actions is that the vast majority of governments and educational organisations see UNESCO as a trusted and reliable source of information.
This is why we need to equip ourselves with the facts and spread the truth far and wide. The land of Israel and the city of Jerusalem were given to the Jewish people as an eternal inheritance.
The Bible declares it. God commands it. Nothing man does will ever change this truth. As the Bible declares, “If men will not praise and recognise Me, the very rocks will cry out…” (Luke 19:40)

Ironically, the more these global bodies try to say Israel is not the Jewish people’s land, the more the rocks “cry out”, unearthing the truth for all to see.