“The Jew is the culprit”: 300 neo-Nazis march through Madrid spouting anti-Semitic hate 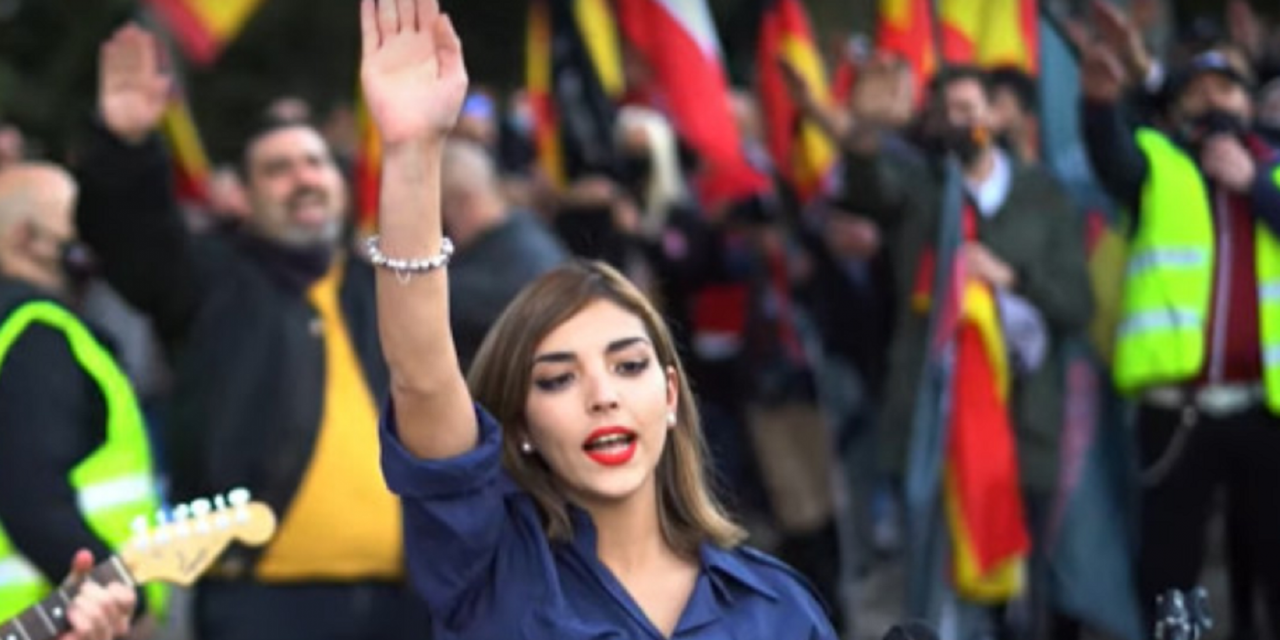 An investigation has been launched after vile anti-Semitic comments were made at a far right rally rally in Madrid at the weekend.

Around 300 people gathered at La Almudena cemetery, with footage on social media showing several people in the crowd repeatedly giving the Nazi salute.

According to the Times of Israel, the rally, which was also attended by a Catholic priest, was a commemoration of the so-called “Blue Division,” a unit of Spanish military volunteers that fought for the Nazis during World War II.

The march, which went through several streets of Madrid to the city’s Almudena cemetery, proceeded behind a banner of the Blue Division shield with the legend “Honour and glory to the fallen.”

A woman, identified as neo-Nazi Isabel Medina Peralta, addressed the event dressed in a blue shirt and was recorded saying: “It is our supreme obligation to fight for Spain, to fight for Europe, now weak and liquidated by the enemy. The enemy will always be the same, although with different masks: the Jew. […] The Jew is the culprit and the Blue Division fought it.”

At the cemetery, they laid flowers in front of the memorial to the fallen Blue Division soldiers.

The region’s prosecutors confirmed they had opened a “criminal investigation to gather information about the anti-Semitic statements” which could constitute an offense relating to the exercise of fundamental rights and public freedoms, according to a statement received by AFP.

“It is unacceptable that such serious anti-Semitic manifestations go unpunished,” said Isaac Benzaquen, head of the Spanish Federation of Jewish Communities, indicating that a complaint had been filed.

Israel’s ambassador to Spain, Rodica Radian-Gordon, also tweeted her condemnation, saying the statements were “repugnant and have no place in a democratic society.”