‘The era of immunity for terror perpetrators is over,’ says Israeli PM at Memorial Day ceremony 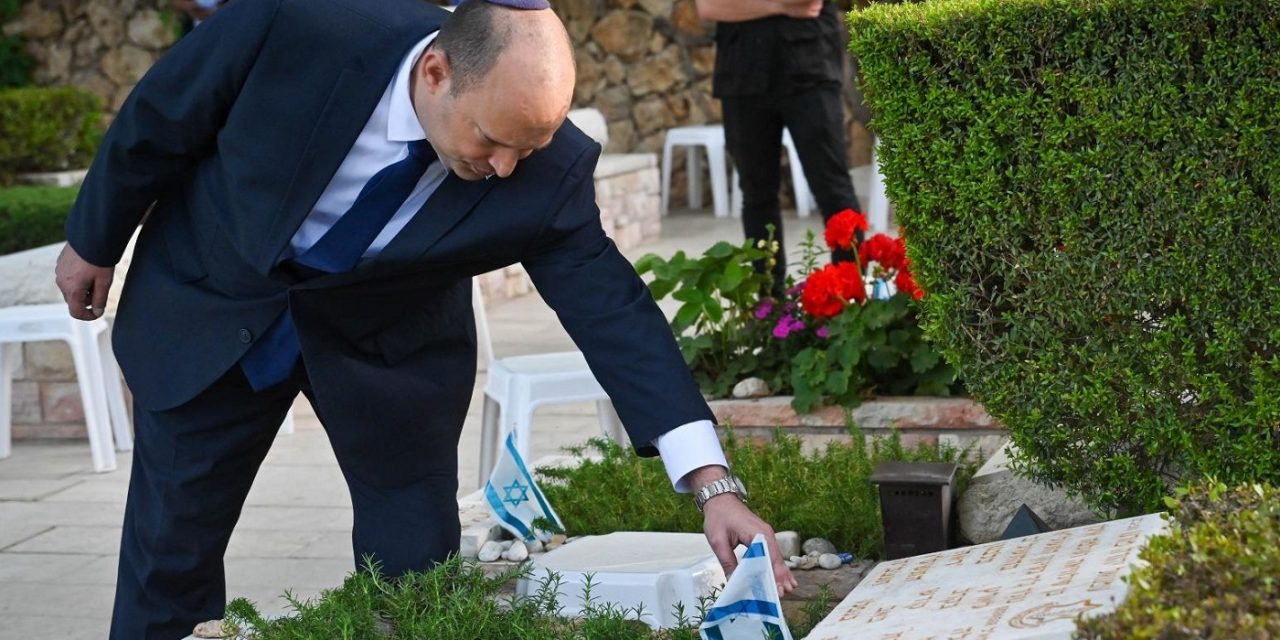 During a state ceremony at Mt Herzl military cemetery in Jerusalem on Wednesday, the PM said, “Violence and terrorism are not natural phenomena or a predestined fate that the State of Israel must accept. We will strike not only those who harm us directly, but also those who dispatch others to harm us. The era of granting immunity for the instigators of terrorism is over.”

Bennett then issued a direct warning to Iran, referring to a country “a thousand kilometers east of here” that funds and supports terrorism.

“The terrorists who carry out attacks are not the only ones who will pay a price, but also those who sent them, even if they are a thousand kilometers east of here,” Bennett warned.

“Any regime that funds terrorism, arms terrorists or gives the order to carry out terrorist attacks will not be able to hide anymore in cowardice from afar,” he continued, “They have already begun to pay the price, which will only grow higher. Our enemies will be met with more initiative, more determination, more innovation. We are determined to face the next challenge—if we are forced to—more prepared and better trained, to surprise rather than be surprised and to strike the enemy a harsh and decisive blow.”

“We will continue to grow so much stronger that, eventually, our enemies will understand that their dream of destroying us is hopeless.”

Memorial Day, or Yom HaZikaron, honours those who died in defense of the Jewish state and follows Yom HaShoah, which remembers those who perished in the Holocaust. Only after these two commemorations does Israel celebrate its independence on Yom Ha’atzmaut, or Independence Day, which immediately follows.

PM Bennett, at the state ceremony for Memorial Day for Israel's Fallen Soldiers:

"Our brothers and sisters are buried in the soil of our country, and they deepen the roots of our bond to this place so that we can continue growing the Tree of Life here."https://t.co/yg2PPCjwXt pic.twitter.com/TsAOlft7iU

During the memorial ceremony, members of the security forces read out the names of soldiers killed fighting for Israel.

Defense Minister Benny Gantz, a former IDF chief of staff, noted “the gigantic price” paid by Israel in terms of lives lost, highlighting troops who were killed while serving under his commanded.

“Memory and bereavement are topics at the heart of the Israeli experience from the founding of the state until today, and we must preserve them. Israeli society deserves an issue that we all will treat with reverence throughout the year and it is fitting that on this day we remember everyone… and safeguard our unity and societal resilience,” he said.