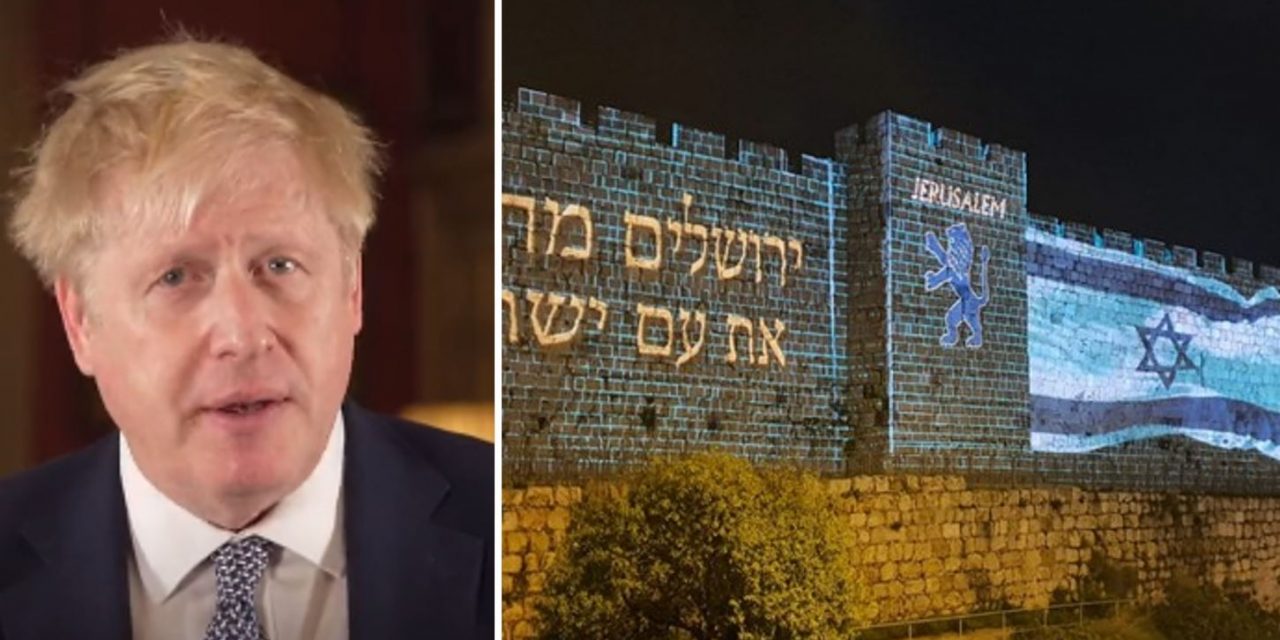 Prime Minister Boris Johnson has led congratulations from the UK to Israel for the Jewish state’s 74th Independence Day.

In the tweet, Boris wished Israel and his ‘friends’ President Herzog and Prime Minister Bennet ‘a very happy Independence Day,” adding, “The UK has always stood by Israel and its right to live as any nation should be able to – in peace, prosperity and security.”

Wishing Israel and my friends @Isaac_Herzog and @naftalibennett a very happy Independence Day.

The UK has always stood by Israel and its right to live as any nation should be able to – in peace, prosperity and security 🇬🇧🇮🇱

After two years of disruption due to the pandemic, celebrations returned to normal for Israel’s Independence Day, which began with the iconic Israeli Air Force flyover circled the skies over most of the country giving Israelis in various communities the opportunity to see the air force.

Other events Thursday include the annual International Bible Quiz in Jerusalem and torch lighting ceremony at Mt Herzl.

In a special video address, Prime Minister Naftali Bennett hailed the spirit that has transformed Israel from a small nation in the desert into a modern technological leader.

“The story of Israel is a story of hope, a story of human spirit, a story of surviving against all odds. It’s a story of a nation that built something from nothing, a scattered people returning to our ancient homeland,” Bennett said.

During the flyover, President Herzog addressed the pilots over the radio saying, “To all Air Force pilots and soldiers of the Israel Defense Forces in the air at sea and on land, on the 74th anniversary of Israel’s independence, I wish you a happy Independence Day!”

“Independence Day is one of the most exciting days of the year… you are the ones who have turned this year into a real journey, a journey through Israeli society,” Herzog said.
“A journey in which I get to meet all of you who turn the State of Israel into the wonder it is. We are facing great challenges, ahead of us are great opportunities, and we will conquer all of them if we stay united. I wish all of us that we will be privileged to reach next year – the 75th year of the State of Israel, with achievements, with unity, with love, and with lots and lots of pride.”

For many Israelis, Independence Day was celebrated by visiting parks and nature reserves, spending time with family and enjoying barbecues.

It follows a sequence of commemorative days that offer a poignant reminder of the modern State of Israel’s journey. Independence Day follows two consecutive commemorations: Yom HaShoah, or Holocaust Remembrance Day, is followed by Yom HaZikaron, or Memorial Day, which honours those who died in defense of the Jewish state. Only after these two commemorations does Israel celebrate its independence on Yom Ha’atzmaut, or Independence Day, which immediately follows.