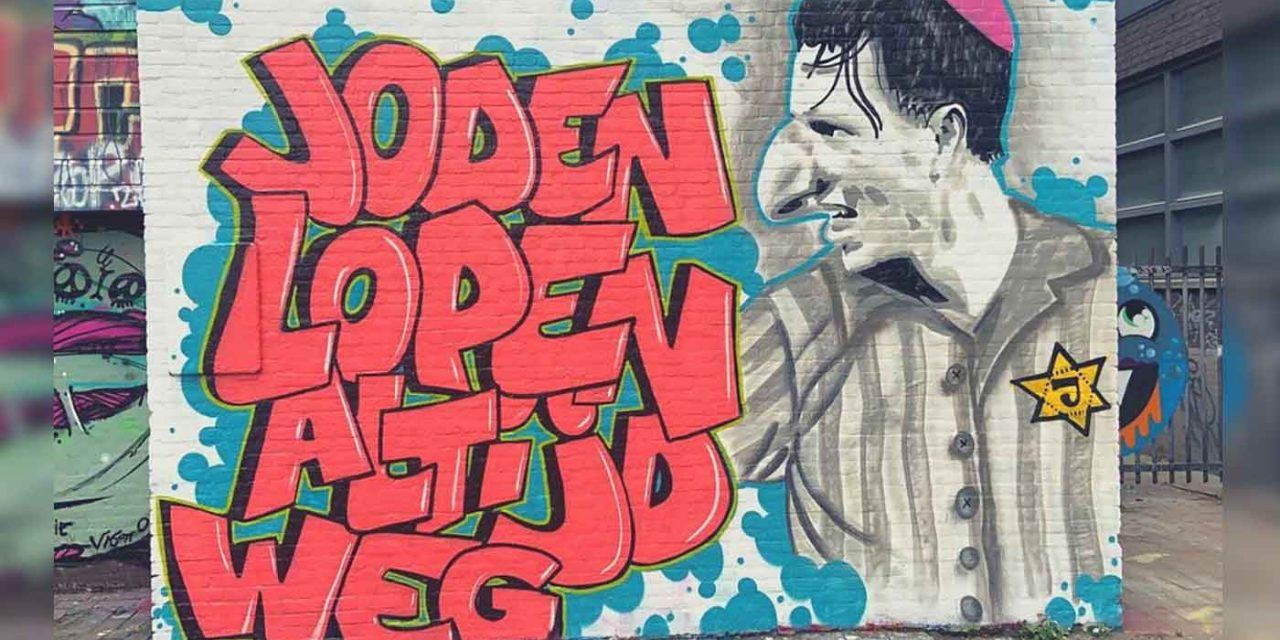 The number of antisemitic incidents recorded in the Netherlands reached a 10-year high of 183 cases in 2021, a Dutch Jewish watchdog group said.

The 2021 tally was a 35-percent increase over the previous year, said the Hague-based Center for Information and Documentation on Israel, or CIDI.

At least 72 of the incidents happened in what the CIDI, called “real-life” conditions, meaning in physical spaces and not online. Of those, 21 were acts of vandalism and three incidents were violent assaults.

In one assault, three men punched a Jewish man and his sister on the street in western Amsterdam. The woman was wearing traditional Jewish Orthodox clothes and had a mask with a star of David on it that she got from the Jewish old age home Beit Shalom while volunteering there.

One of the vandalism incidents involved a Rotterdam mural caricaturing Steven Berghuis, who is not Jewish but plays for Ajax, an Amsterdam team that is deemed “Jewish” by their fans and fans of rival teams. In the mural, Berghuis wears a yellow star and a kippah and and has a large hooked nose. It was titled “Jews always walk away,” in an apparent reference to his transfer from the city’s team, Feyenoord, to rival Ajax.

A police commando who was seriously wounded during fierce exchanges of fire between Israeli troops and Palestinian gunmen in the northern West Bank on Friday morning has died of his...
Read More
Share
Tweet
Email
More
55 Shares