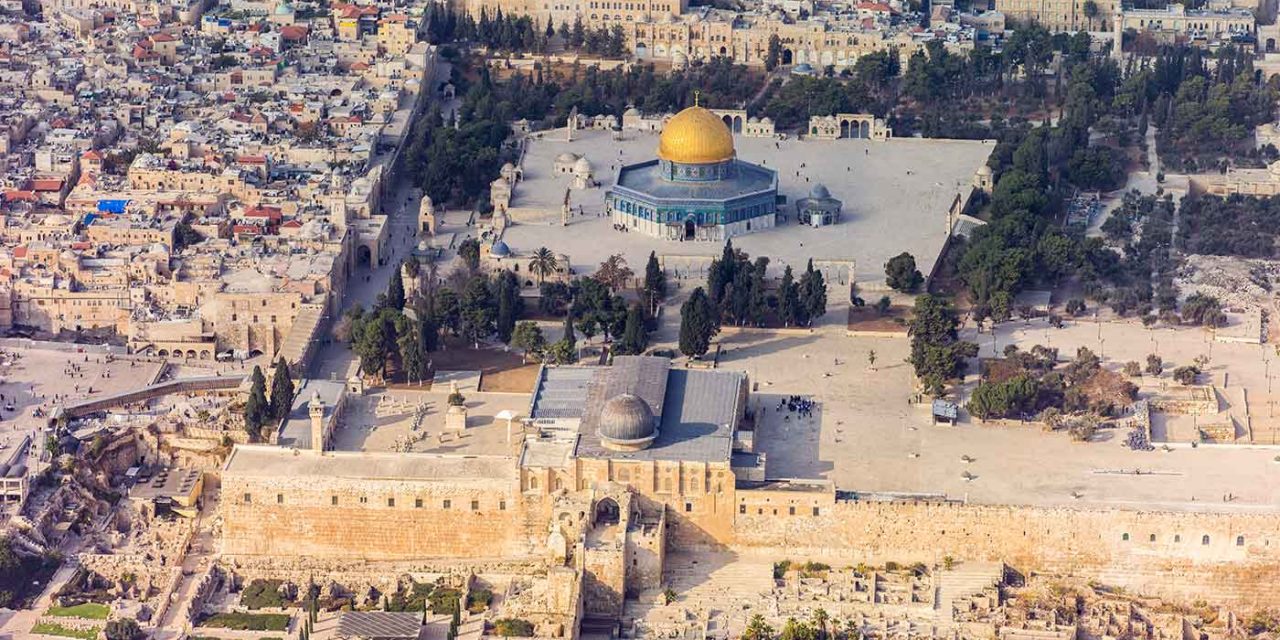 The Temple Mount Administration — a separate organisation from the Waqf, the Muslim authority that controls the site — arranges Jewish visits to the site and coordinates with Israeli police. The Administration said Jewish visitors would be barred from the site “until further notice”.

Israeli officials have not specified the duration of the ban.

This action is a result of Palestinian extremist groups using the holy site as a staging ground for their violence. Palestinian religious leaders and terror groups incited violence by claiming Jews are “taking over” the holy site and praying there. This violence prompted Palestinian rioters to attack Jews and desecrated their supposed holy mosque, which they wore shoes in, threw rocks and fireworks from, and even attempted to throw rocks onto Jews praying at the Western Wall. This violent terrorism prompted Israeli police to enter the mosque and stop the violence.

Unfortunately, this plays into the hands of religious extremists and anti-Israel media outlets. While they were not interested in reporting the violence by the Palestinians, as soon as an Israeli policeman’s boot enters the mosque, it becomes global headlines. Further incitement is inflamed by this action and the violence escalates. Israel is always trying to keep the peace and stop violence in a holy site, while Islamic extremists are only trying to inflame tensions.

It is thought a record number of Jews visited the Temple Mount this year. However, the numbers are still low with groups of only around 20-30 going up each time being guided by armed Israeli police officers. In contrast, thousands of Muslims visit the site every day with hundreds of thousands at peak religious periods in the Islamic calendar.

All Muslims are allowed religious freedom to pray at the site, but Jews are forbidden. This discrimination against Jews is known as the “status quo” by the United Nations.

“Muslims pray on the Temple Mount, non-Muslims only visit. There is no change, there will be no change,” Lapid said.

The Temple Mount is the holiest place for Jews. The way they are treated by the world in their capital city Jerusalem goes against God’s commandments and Biblical truth. It is shameful Jews are treated this way.