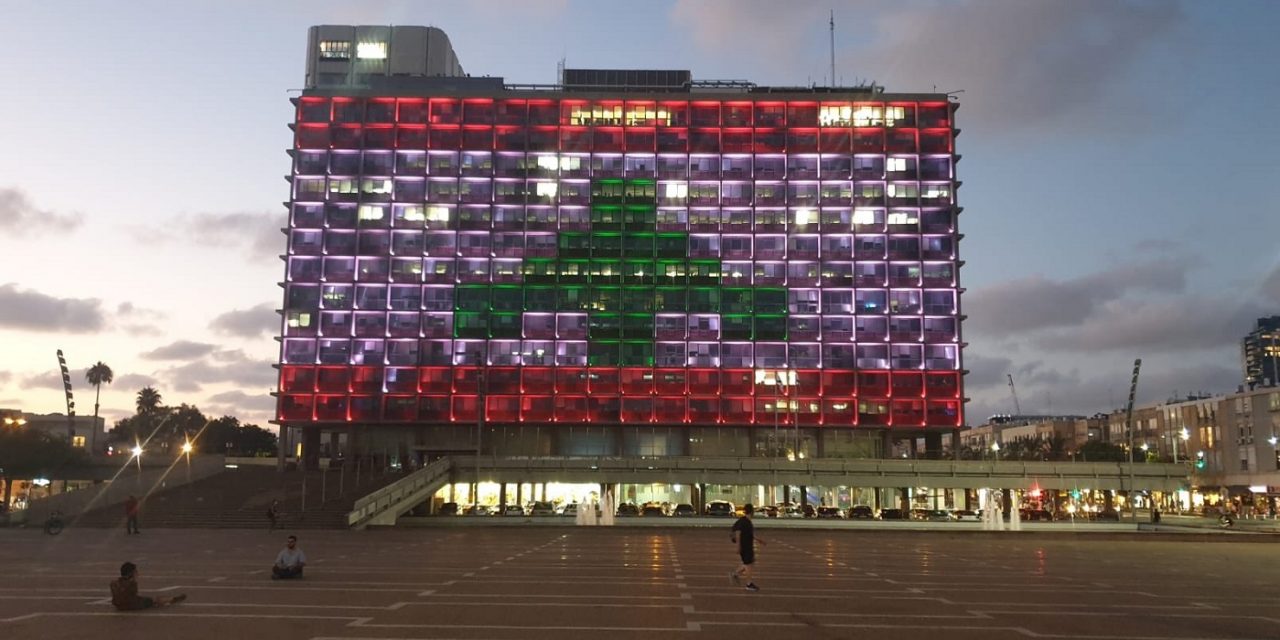 “Our hearts and thoughts are with the Lebanese people and all those affected by the terrible disaster in Beirut,” the Tel Aviv Municipality tweeted.

This evening the city hall in Tel Aviv, Israel, is lit up in solidarity with the people of Lebanon following yesterday's explosion in Beirut.

Posted by Christians United for Israel – UK on Wednesday, 5 August 2020

Tel Aviv Mayor Ron Huldai tweeted, “Humanity comes before any conflict, and our hearts are with the Lebanese people following the terrible disaster they experienced.”