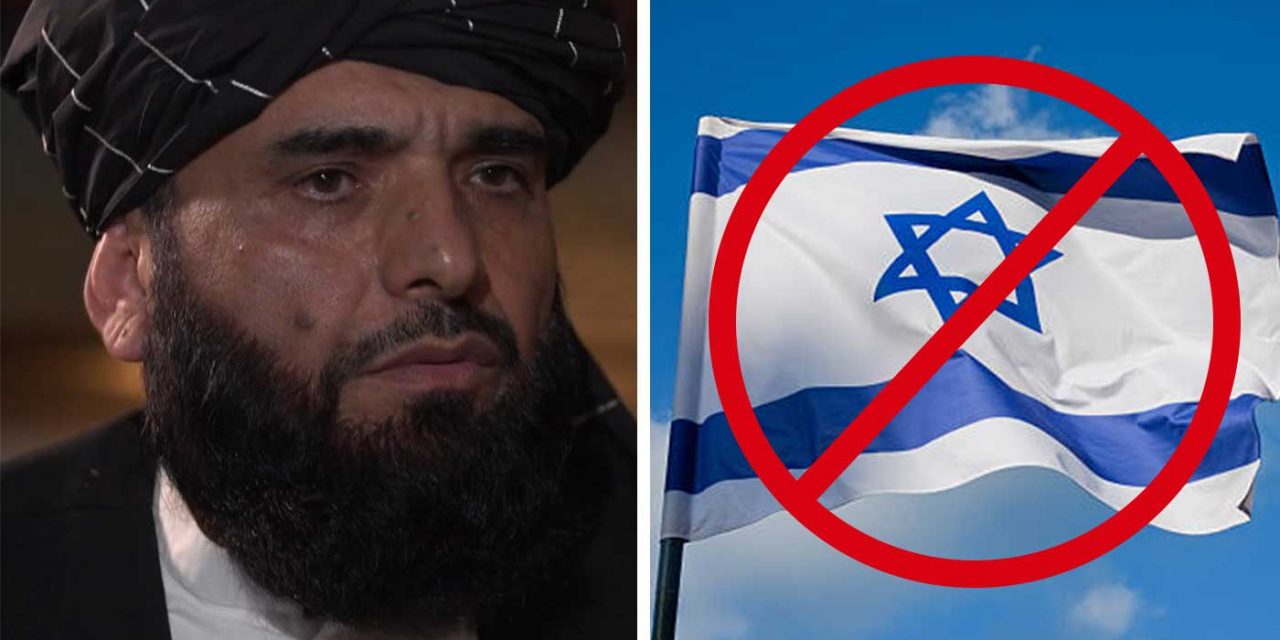 In a move that should come as no surprise, the new Taliban government in Afghanistan has announced that they want relations with all countries except the one and only Jewish state – Israel.

Spokesman Suhail Shaheen told Russia’s Sputnik news that The Taliban were willing to work with all nations, including the US, after they swiftly toppled the 20-year-old Western-backed government last month following the disastrous withdrawal of US troops from the country.

“Yes, of course, in a new chapter if America wants to have a relation with us, which could be in the interest of both countries and both peoples, and if they want to participate in the reconstruction of Afghanistan, they are welcome”, Shaheen said.

However, there was no chance for ties with Israel.

“Of course, we won’t have any relation with Israel. We want to have relations with other countries, Israel is not among these countries,” Shaheen said.

Shaheen was left embarrassed last month when he gave an interview to Israel’s Kan public broadcaster. Many mocked him online because he spoke to an Israeli. He later claimed he was duped.

The Taliban’s hatred of Israel is not surprising to anyone who understands their ideology and the motivations behind the 9/11 terror attacks.

The Taliban and Al-Qaeda are separate entities, but it was Al-Qaeda who carried out these deadly attacks under the direction of Osama Bin Laden. Afghanistan, which was ruled by the Taliban in 2001, gave shelter to Al-Qaeda and refused to hand over their leaders to the US. The two main objectives of the US invasion of Afghanistan were to defeat Al-Qaeda and remove the Taliban from power for their support of terrorism.

It’s not widely known, but Osama Bin Laden made it clear on several occasions that one of his motivations for the 9/11 attacks was his attitude towards Israel.

Bin Laden explained in a recorded message: “The events of Manhattan were retaliation against the American-Israeli alliance’s aggression against our people in Palestine and Lebanon.”

Simply put, the attack was motivated by anti-Israel hatred. It was an attack on what radical Islamist groups call the ‘Big Satan’, America, because they support the ‘Little Satan’, Israel.

So it should come as no surprise that the Taliban hate Israel. They are currently willing to appease America, especially as they see themselves as having a victory against them in this moment of time, but the hatred of Israel is both a stronger hatred and one driven by their religious extremism.