South Africa’s Chief Justice refuses to apologise: ‘As a Christian I love and pray for Israel’ 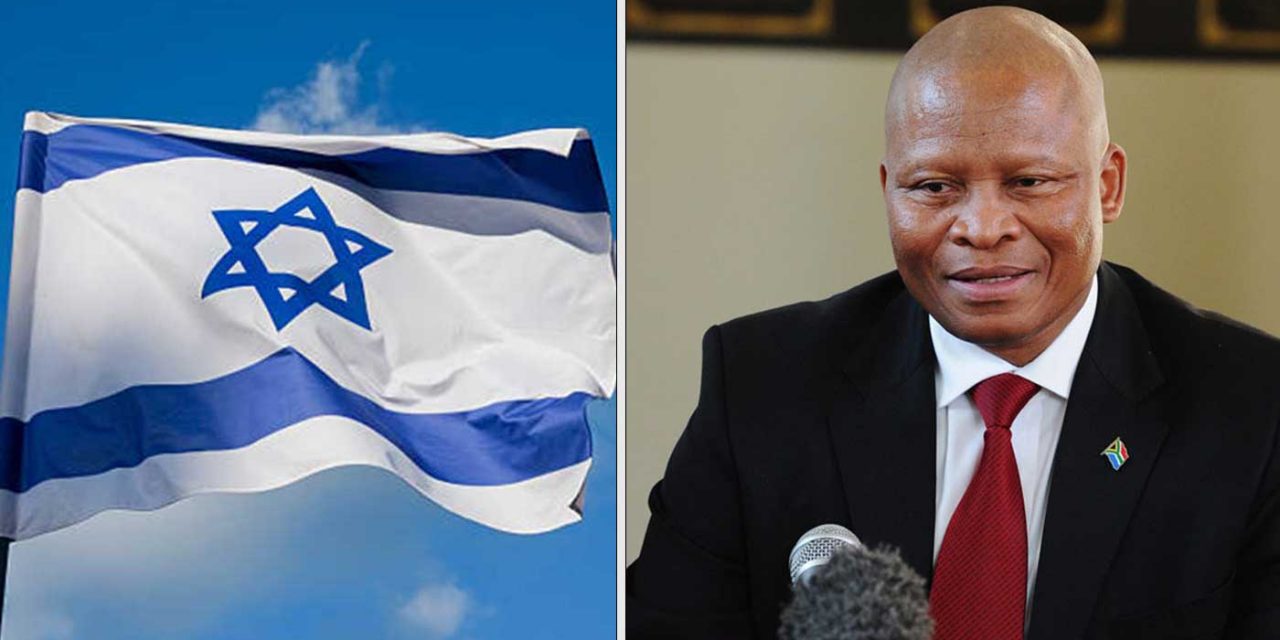 South Africa’s Chief Justice, Mogoeng Mogoeng, is refusing to apologise for loving Israel and standing up for his Christian values.

Mogoeng is under immense pressure after he publicly expressed his support for Israel in accordance to his religious beliefs. He is currently being ordered to apologise by South Africa’s Judicial Service Commission, but he is fighting back, appealing the decision and saying he would prefer to lose his position than dishonour God.

This all started back in June 2020 when Mogoeng was taking part in a live webinar hosted by the Jerusalem Post. During the online meeting, Mogoeng announced that unlike most of the political and media elite in South Africa, he himself was a Christian Zionist. He said he regularly prayed for the peace of Jerusalem.

He added: Mogoeng added: “I cannot, as a Christian, do anything other than love and pray for Israel because I know hatred for Israel by me and my nation can only attract unprecedented curses upon our nation.”

Despite his honourable actions in the eyes of God, he has upset those who seek Israel’s destruction.

Mogoeng’s comments caused uproar in South Africa, especially amongst the political elite. The ruling parting of South Africa is the African National Congress (ANC) which is openly anti-Israel. They have adopted the anti-Semitic Boycott, Divestment and Sanctions (BDS) movement’s calls to boycott the Jewish state.

Anti-Israel activists along with those inside the ANC complained to South Africa’s Judicial Conduct Commission and a committee was established to look over Mogoeng’s actions. Despite judges in South Africa having freedom of speech and religious expression, which is protected under law, the committee shockingly ordered Mogoeng to apologise and condemned him for his actions.

This appears to be nothing more than a political attempt to silence and punish those who support Israel. It is a complete miscarriage of justice.

Despite the attacks against him, Mogoeng is standing strong and appealing the decision. In a statement defending his freedom of expression, Mogoeng said:

He said there was nothing in his remarks, which called for the peaceful mediation of the situation in the Middle East, during the Jerusalem Post webinar last year, that contradicted any official SA government policy.

“I respect the law and that is why I’m appealing,” said Mogoeng.

Mogoeng said if it came to the point where he was forced to reject God, he would rather be without money or position and please God rather than man.

“The Lord gave me rock-solid grounds to appeal,” he added.

Clearly, this Christian Zionism is something we here at Christians United for Israel stand behind 100%. We love Israel and the Jewish people and we will always stand shoulder to shoulder with them. And we commend Mogoeng on his brave stand for truth!

Amazingly, tens-of-thousands have come to his support with over 130,000 people signing a petition to defend him.

Let’s pray that justice prevails and that Mogoeng’s commitment to the truth will be honoured. As the Bible says, “I will bless those who bless you, and I will curse him who curses you.”