SNL under fire for joke that Israel only vaccinating Jews 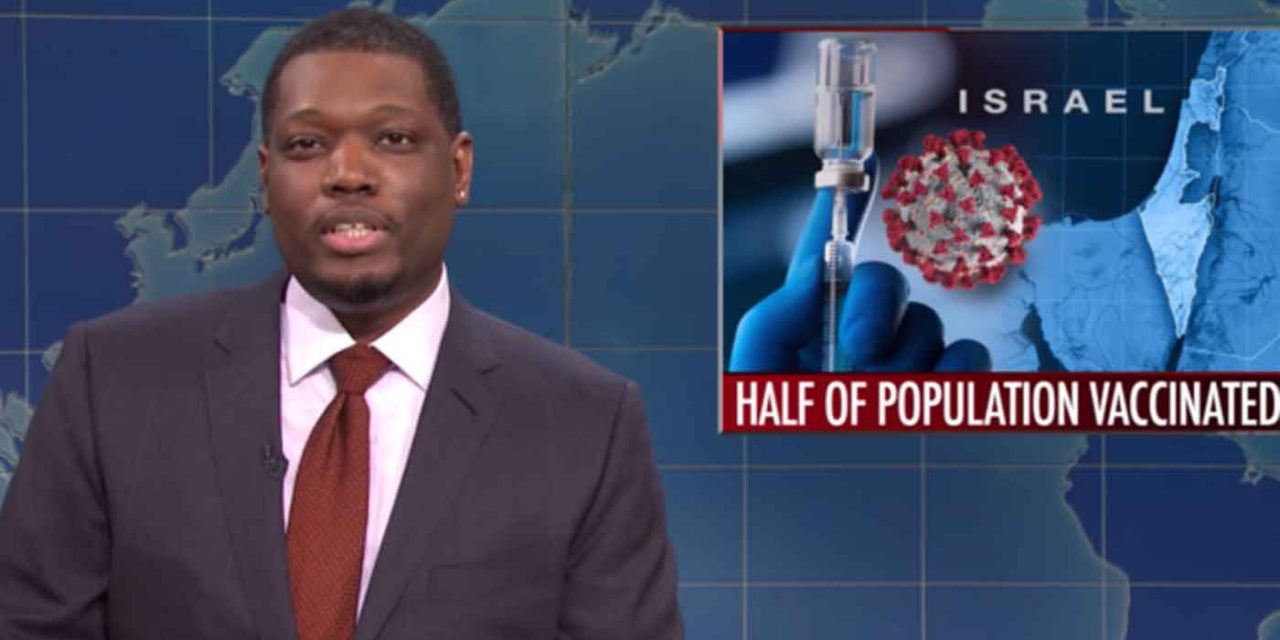 Israeli officials and several major US Jewish groups on Sunday accused Saturday Night Live of spreading anti-Semitic tropes after one of its actors joked in a news segment that Israel has only been vaccinating its Jewish citizens.

“Israel is reporting that they’ve vaccinated half of their population, and I’m gonna guess it’s the Jewish half,” cracked Weekend Update co-host Michael Che to a chuckling audience.

Israel has offered vaccinations to all of its citizens, Jews and Arabs alike, in addition to Palestinian residents of East Jerusalem. But critics have faulted the Jewish state for not vaccinating the roughly five million Palestinians living in the Gaza Strip and the West Bank.

It's all fun and games until you start promoting antisemitic myths, @NBCSNL.

Every Israeli citizen—Jewish and Arab, Muslim, Christian, of any or no faith—is eligible to be vaccinated; 2/3 of Israel's Arab citizens over 60 already have been.

The American Jewish Committee began circulating a petition on Sunday demanding that SNL apologize for the joke.

“Saturday Night Live’s ‘joke’ isn’t just untrue — it’s dangerous, a modern twist on a classic anti-Semitic trope that has inspired the mass murder of countless Jews throughout the centuries,” the petition read, claiming that the joke referred to the ancient libel that Jews are responsible for plagues. The document will be delivered to NBC, which broadcasts SNL.