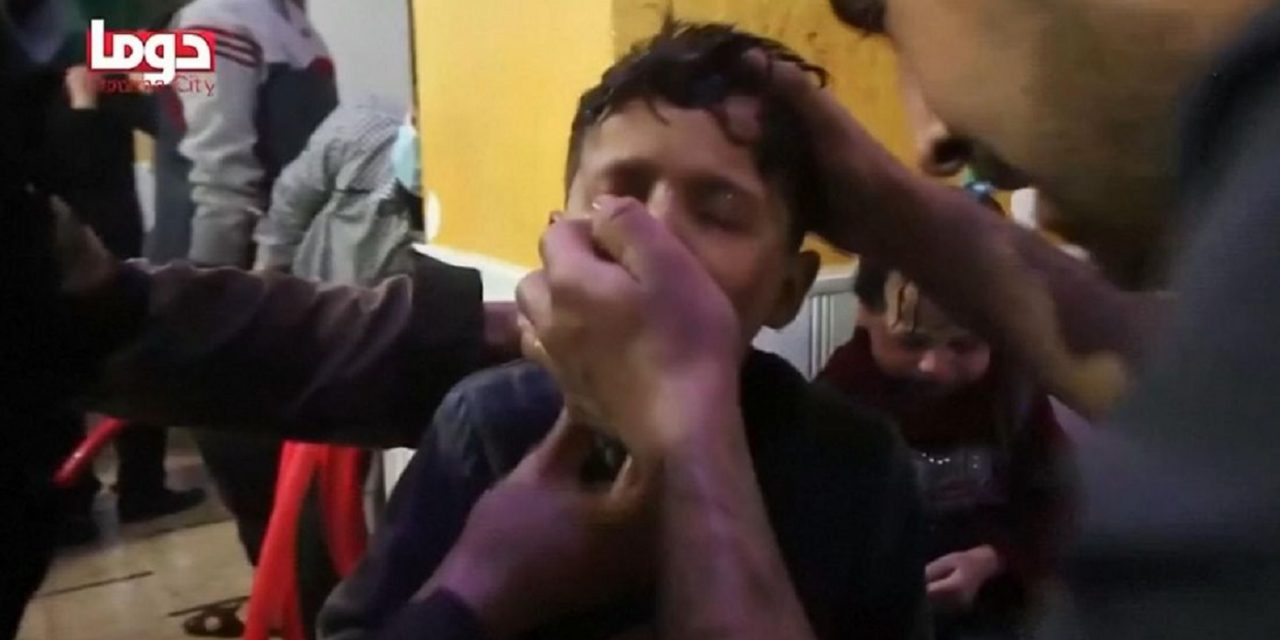 Update (13:15): After several hours after being published, SkyNews have now updated the featured image in their article after complaints. It now shows an image of the military airfield.

Israel has been accused of carrying out an airstrike on a military airbase in Syria near the central city of Homs. However, SkyNews have seriously misled readers by featuring a photo of a child suffering from Sunday’s devastating chemical attack that was blamed on the Assad regime.

The image below is a screenshot from the featured headline on the SkyNews home page.

Some readers may be led to believe that the alleged strike by Israel has led to the suffering of children, which it has not. The victims of the military base strike, the responsibility for which hasn’t been confirmed, are Iranian military or members of groups backed by Iran in Syria. 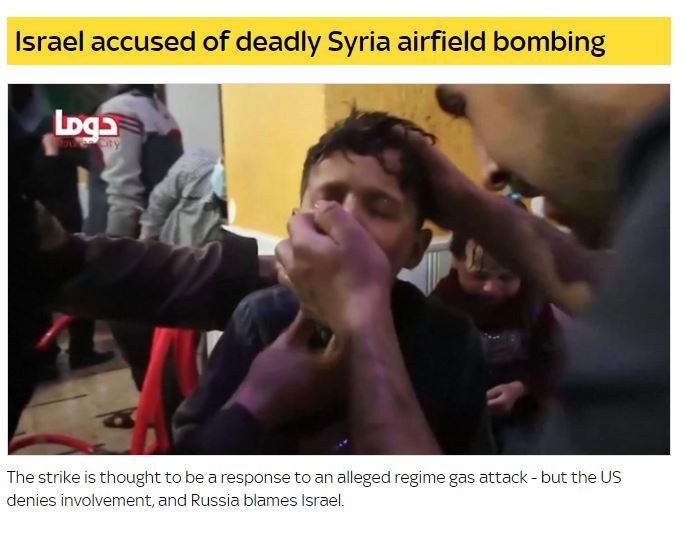 Whilst the article description explains that the strike on the military base is thought to be in response to the chemical attack, the statement is still not clear and provides no further explanation for the image that has been used.

The UK-based Syrian Observatory for Human Rights said most of the 14 people killed were either Iranians or members of groups backed by Iran in Syria.

It said it was unclear who was behind the bombing, however Syria and its ally Russia have accused Israel of the attack after the United States announced it was not responsible.

Israel has conducted airstrikes inside Syria during the past few years but, when asked about the attack, an Israeli spokeswoman declined to comment.

The BBC, however demonstrated that using a photo of the chemical attack was not necessary. They opted for an aerial view of the hit military base. 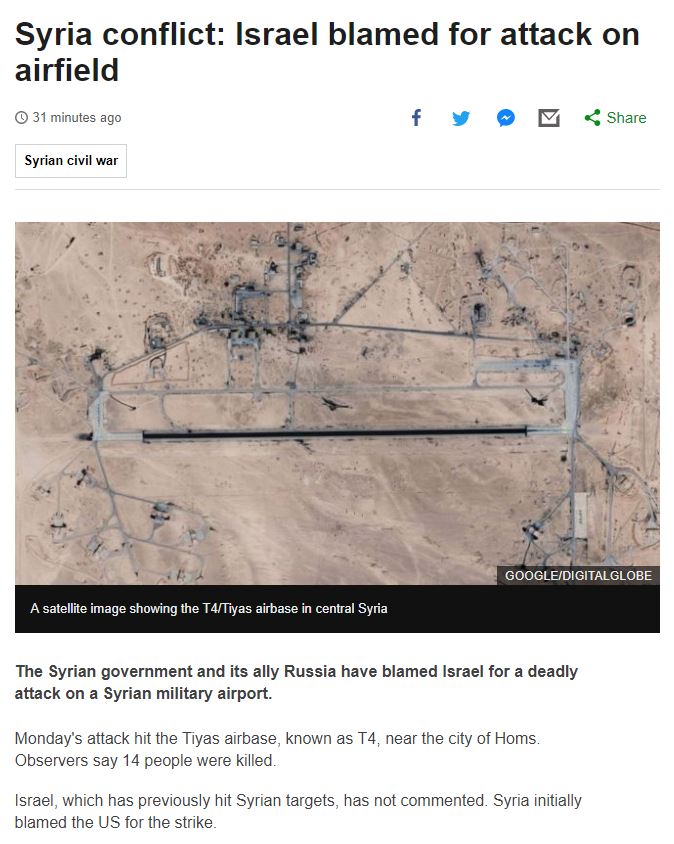 At least 70 people in the suspected chemical attack in Douma, the last rebel-held town in Syria’s Eastern Ghouta, according to the BBC.

There has been no independent verification of the reports.

Syria has called the allegations of a chemical attack a “fabrication” – as has its main ally, Russia.

But US officials said America did not launch the overnight strike.

“At this time, the Department of Defense is not conducting air strikes in Syria,” the Pentagon said in a statement.

“However, we continue to closely watch the situation and support the ongoing diplomatic efforts to hold those who use chemical weapons, in Syria and otherwise, accountable.”