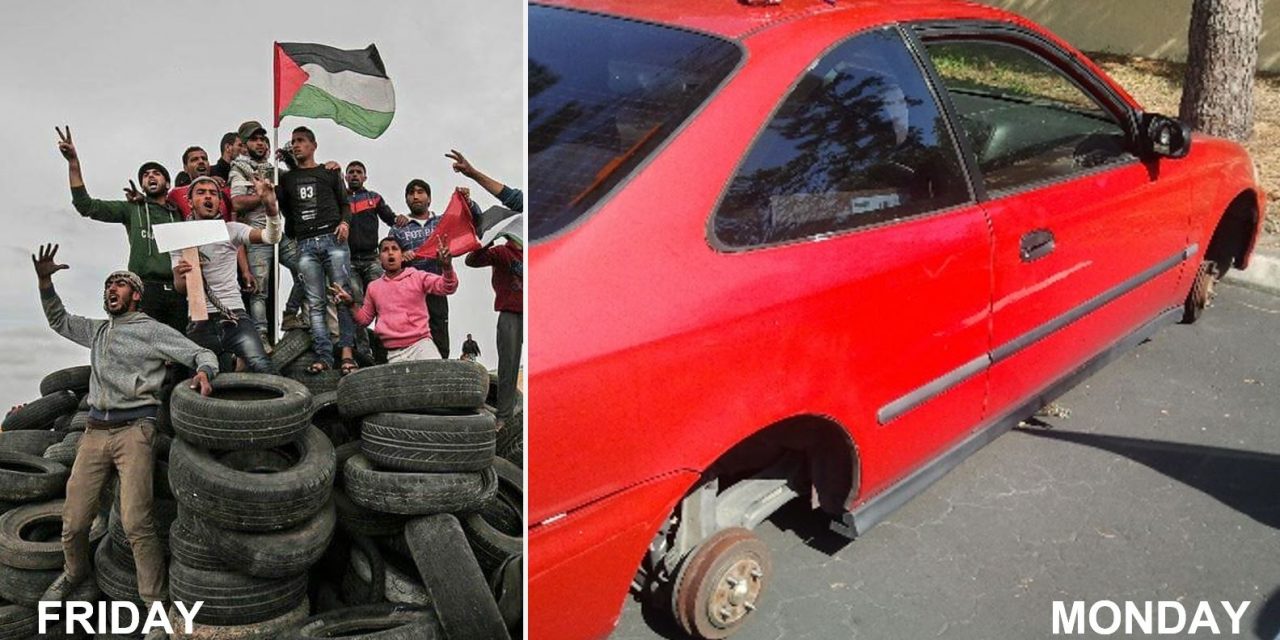 Gaza is facing a shortage of tyres and the Palestinian Authority is blaming Israel.

The Israeli authorities have halted all imports of tyres into the Gaza Strip, according to the PA, which we think could be related to the matter of Palestinian protesters setting fire to 10,000 tyres at Israel’s border on Friday.

“We have been informed by the Israeli side that imports of tires have been halted until further notice,” Muhammad Hamdan, a spokesman for the PA Transportation Ministry told The Jerusalem Post.

The protesters lit the tyres in order to blur the vision of soldiers in the region and attempt to prevent them from opening fire.

Remarkably, Hamdan criticised Israel’s decision to stop tyre imports to Gaza, asserting that there is a shortage of tires in the coastal enclave.

“There is no doubt stopping tire imports will have a negative effect on Palestinians in Gaza especially considering there is shortage of them there,” he said. “We are going to exert all efforts so that Israel reverses its decision.”

Ofir Gendelman, a spokesman for Prime Minister Benjamin Netanyahu, posted on his Twitter account last Friday that the protesters burned tires to provide cover for Hamas terrorists in Gaza, who he said “will try to storm the border, infiltrate Israel and kill Israelis.”

He also criticised the protesters for burning tires, arguing that black tire smoke has detrimental health effects for people who breathe it in.

The Coordinator of Government Activities in the Territories, the branch of the Defense Ministry that liaises with Palestinians in the West Bank and Gaza, did not respond to a request by Jerusalem Post for comment.