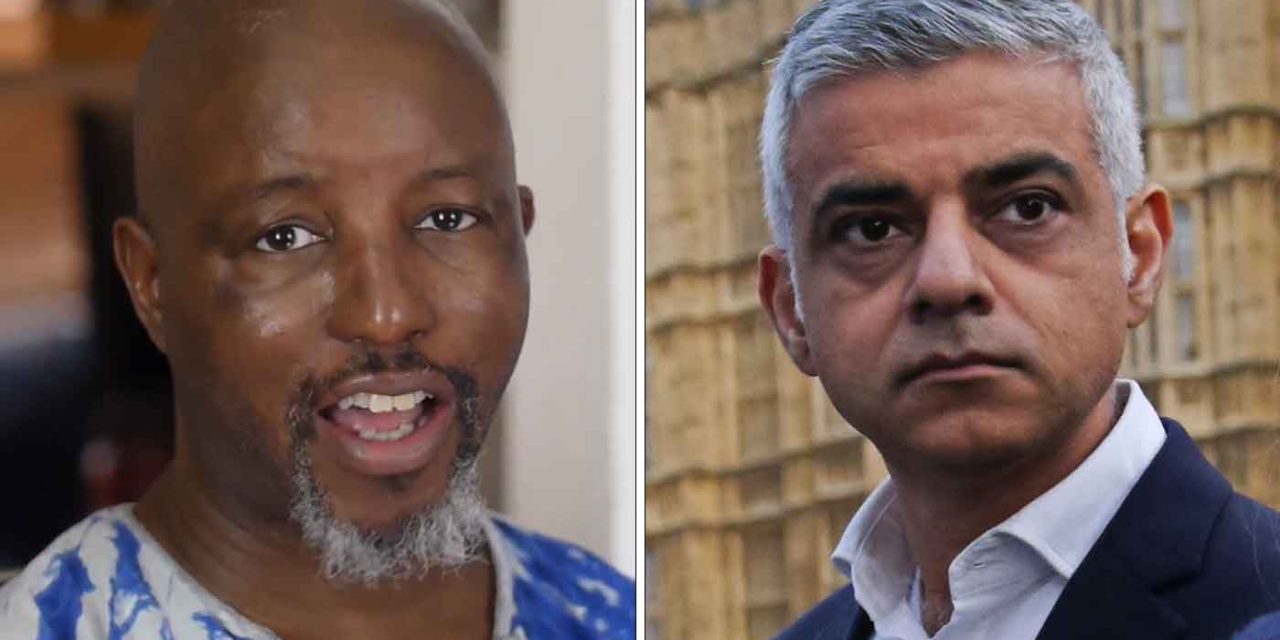 A hard-left activist who was appointed to review London’s statues has resigned after anti-Semitic and derogative comments he made came to light and pressure was placed upon the London Mayor to remove him from his post.

Earlier this month London Mayor Sadiq Khan announced a controversial new commission to review statues and potentially pull down monuments that were deemed to be ‘racist’ by this commission. Not only did this commission’s existence raise eyebrows around the country, but some of those selected to make these decisions were heavily criticized for their own views.

Critics said Khan’s Commission for Diversity in the Public Realm lacks conservative opinion and expert historians on its 15 person panel.

Toyin Agbetu was one such person, a hard-left activist who famously heckled the Queen, threatening physical violence on security during the incident, and someone who has expressed racist and derogatory attitudes.

His attitude and actions towards the Queen should have been enough for his removal from this commission, however, Sadiq Khan took no action. Pressure mounted on his office after anti-Semitic comments were unearthed by Shaun Bailey, the Conservative challenger in May’s London mayoral election.

Bailey had called for Agbetu to go. “Agbetu’s record of anti-Semitic comments and anti-vaccine lies put him beyond the pale,” he said.

“One of the best ways for a Mayor to tackle discrimination is to show that City Hall won’t tolerate it.”

He’s a racist and he’s compared the British people to Nazis.

I’ve no idea why @SadiqKhan hired him to join his statue commission.

But he needs to sack him. Today. pic.twitter.com/wV6JA8XRja

The racism Agbetu is accused of expressing comes mainly from his blog.

Agbetu defended an academic who urged his students to read a book called “The Secret Relationship Between Black and Jews” – in which it is claimed Jews played a leading role in the Atlantic slave trade – as a “first-class historian”.

Toyin Agbetu claimed there was an “immoral hierarchy of suffering” which had seen victims of the Holocaust “served well by Nazi hunters” compared to African victims of the slave trade.

His anti-Jewish attitudes seem to have continued when he signed a letter stating that the Chakrabarti inquiry into Labour antisemitism and other forms of racism was “unwittingly discriminatory” as “racism against Jewish people is set apart from racism and prejudice against other people.”

He was also derogative to black MPs such as Labour’s Diane Abbott who he accused of being “disloyal to her own community” and the MP David Lammy who he said was a “poor example of Africans”.

Thankfully, Toyin Agbetu resigned from his position, seemingly jumping before he was pushed.

A spokesperson for the mayor said Sadiq Khan had a “zero-tolerance policy towards racism and prejudice in any form, and all allegations of this nature are taken extremely seriously.”

“Toyin Agbetu has today resigned from the Commission for Diversity in the Public Realm and the Mayor believes this is the right course of action,” he said.