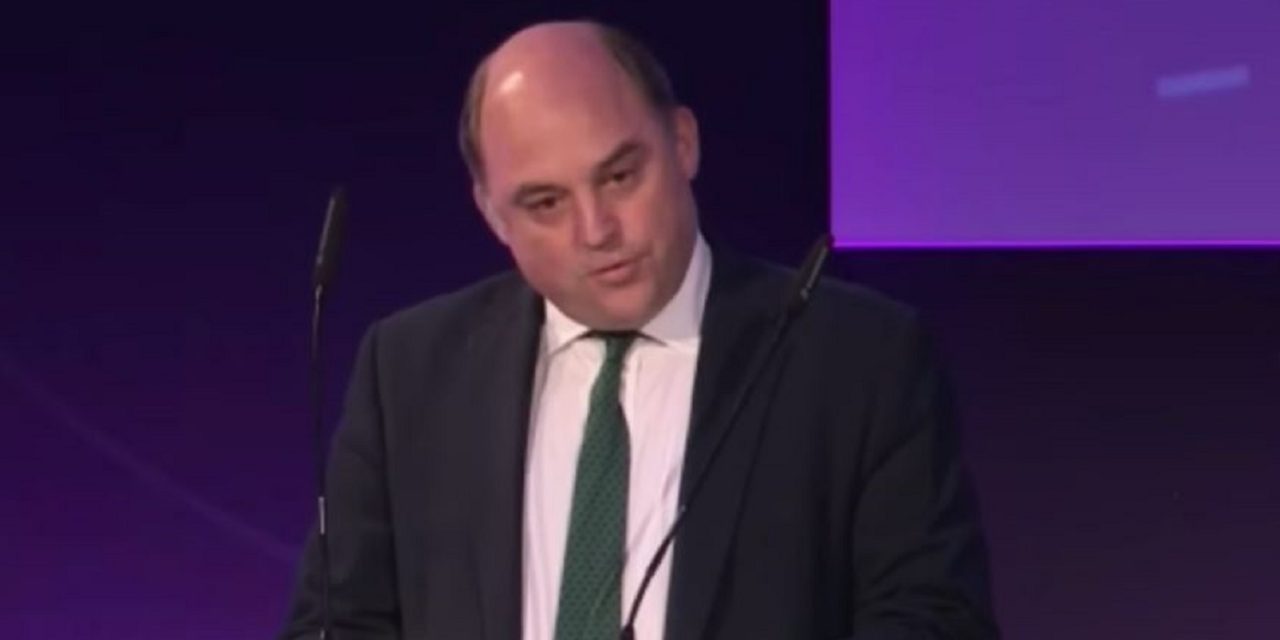 “The threat is growing and is global and multi-domain”

The British Defence Secretary, Ben Wallace, has warned of the significance of the threat from Iran in a keynote speech in which he said defence spending must increase before it “becomes too late”

In the  speech at the Royal United Services Institute, Wallace primarily addressed the “direct” threat from Russia, but also warned that it was not the only problem that the UK faces.

“I am serious when I say that there is a very real danger that Russia will lash out against wider Europe. And that in these days of long-range missiles and stealth, distance is no protection,” Wallace said.

“As the Chief of the General Staff so correctly pointed out this morning, the threat has changed. And as the Prime Minister and his fellow NATO leaders are addressing in Madrid today, so must our response.

“Russia is not our only problem. An assertive China ready to challenge the rules-based system and democracy. Terrorism on the march right across Africa. And Iranian nuclear ambitions, to date still unresolved.

“The threat is growing and is global and multi-domain. It is now time to signal that the peace dividend is over, and investment needs to continue to grow.

“Before it becomes too late to address the resurgent threat and the lessons learned in Ukraine it is time to ‘mobilise’ – to be ready and to be relevant.”

The comments come as Britain joined its Western allies in fresh negotiations with Iran in Qatar after months of deadlock. Israel’s prime minister, recently warned that Iran is getting ‘dangerously’ close to completing its nuclear weapons programme and will soon have a nuclear bomb in its arsenal.

Speaking to The Daily Telegraph earlier this month, Naftali Bennett warned that Iran is ‘enriching uranium at an unprecedented rate and moving dangerously close to getting their hands on nuclear weapons.’

Non-proliferation experts warn Iran has enriched uranium at levels over 60 percent purity – a short technical step from weapons-grade levels of 90 percent – to make one nuclear weapon should it decide to do so.

Bennet said the world must come together to challenge Iran over its programme.

‘Without pressure from the west, the Islamic regime in Iran could get their hands on a nuclear bomb very soon,’ he told The Telegraph.

‘The world must take a firm stance and tell the Islamic regime in Iran: no nukes, no sanctions. Iran’s nuclear program won’t stop until it’s stopped,’ he added.

CUFI calls on Britain to name IRGC a terror group

Iran’s Islamic Revolutionary Guard Corps (IRGC) is a terrorist organisation that has NOT yet been banned by the UK government.

There is no excuse, which is why we’re asking the Home Secretary to act without delay.

The IRGC is central to Iran’s destabilising role across the Middle East and has been used by the Iranian state to conduct terrorist attacks, hostage-taking and assassinations that remain a constant threat to Israel and the West. It has a notorious mandate to “liberate Palestine” by destroying Israel, which Iran calls the “Zionist regime” and a “cancerous tumour” that must be “eradicated”.

This should be enough for the UK, a trusted ally of Israel, to proscribe the IRGC. But closer to home, the militia group is also a threat to UK citizens, the British Jewish community and others with connections to Israel. The IRGC has been responsible for terror plots targeting British citizens, stockpiling explosives in London and other European cities, and for attacks on British troops overseas.

It supports, arms, trains and funds other terrorist organisations that the UK has already banned, such as Hezbollah and Hamas. So, what is stopping the UK from banning the IRGC?

Proscribing the IRGC is not only consistent with government policy, it would make clear to the Iranian regime that their malicious activities are unacceptable.

Please take a moment to send an email using our suggested wording (with Cc to your MP). It only takes a few minutes and your participation continues the wave of pro-Israel advocacy that is pushing the UK towards taking a firmer stand with Israel.