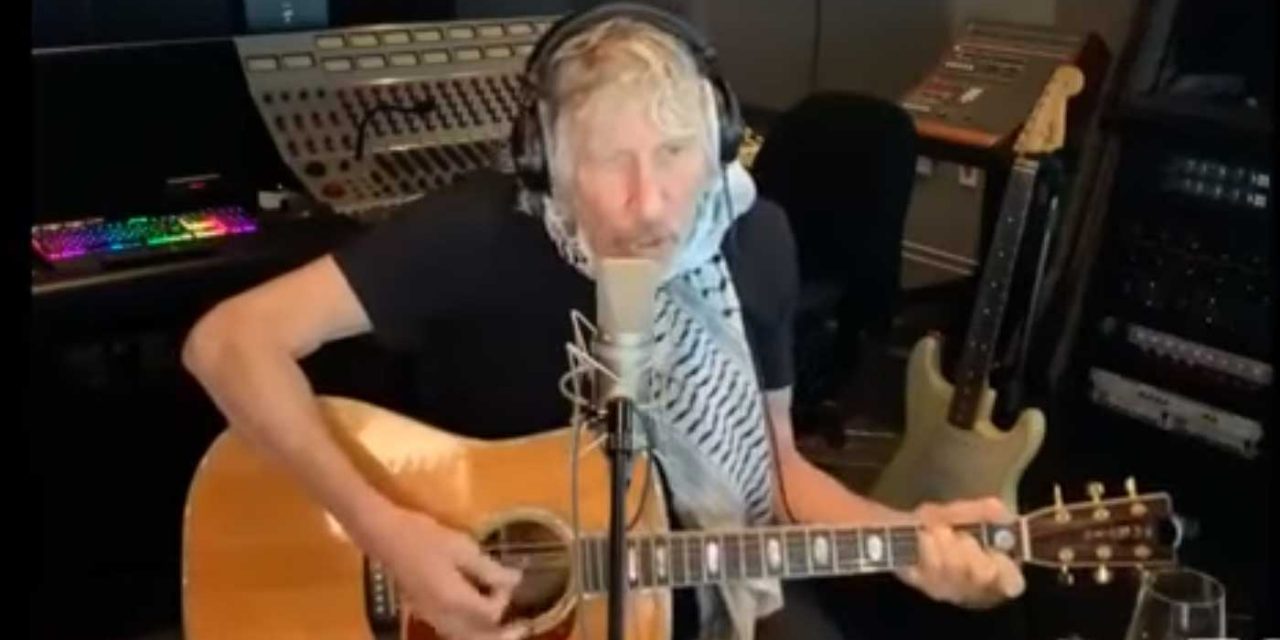 Roger Waters marked “Nakba Day” by singing a song about the destruction of the world’s only Jewish state.

“We’ll take back the land, we’ll plant our olive trees, from the Jordan River to the Sea”, Waters sang, followed by “the thugs will fear to tread”, presumably referring to Israelis.

Waters played his song for an event to raise funds for “Palestinian prisoners”, many of whom are convicted terrorists who carried out terror attacks against Jewish civilians in Israel.

The former bassist and vocalist for Pink Floyd, who has a history of anti-Israel and anti-Semitic comments, used the terminology from the anti-Semitic chant, “From the River to the Sea Palestine will be Free”, which is often chanted at anti-Israel rallies around the world and speaks of Israel being “wiped out” in its entirety, as the land of Israel lies between the Jordan River and the Mediterranean Sea.

Waters also this week spoke out against Canada being included in the United Nations Security Council based on the Canadian government’s “Zionist policies”. Waters argued that these policies went against the values of the Canadian public, despite the fact that Canada is a democracy and the majority of Canada’s politicians are pro-Israel.

This is not the first time that Roger Waters has misjudged a people’s attitude towards its government. In 2018 during a concert in Brazil, Waters listed people who he saw as “fascists” including then Brazilian presidential candidate Jair Bolsonaro, prompting the 45,000 people in the audience to start booing for the singer for several minutes.

Bolsonaro, who is a pro-Israel Christian, ended up winning Brazil’s election and is currently leading the country. The Brazilian leader has pledged to move his country’s embassy to Jerusalem, but time will tell if this becomes a reality.